I sometimes have trouble juggling things, multitasking or finding my words. But for some reason when I get up on stage, adrenaline or my mind takes over and I can just do it 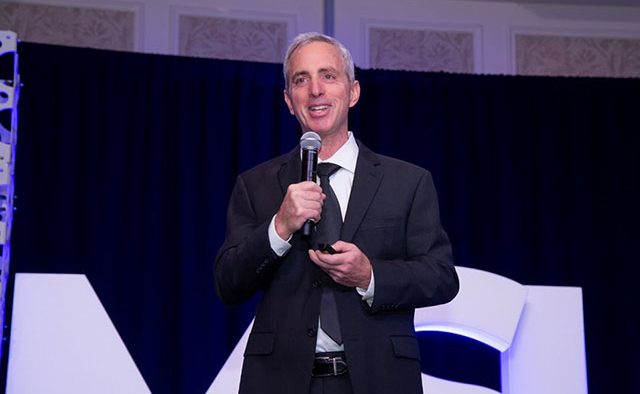 Two decades ago, John Baumann was a US lawyer who thrived on competition and the thrill of winning a case. Now, nearly 20 years after being diagnosed with Parkinson’s, he’s motivated by helping inspire others live to their full potential

Well, ‘myself’ was a kid that grew up just outside New York City and went off to college in Western Massachusetts, US. I always wanted to be a lawyer – I was born to be a lawyer. I used to watch the drama series ‘Perry Mason’ and act out the opening arguments.

I spent several magical years among the ivy-covered buildings at Cornell Law School in the US. I had a great experience in law school. Most people don’t, but I did. After that I worked with a company for 10 years, learning how to be a lawyer and passing three different bar exams. Then, five years after I took a job with a steel company as a general counsel, I was diagnosed with Parkinson’s disease.

I was able to work for another seven years before Parkinson’s, fatigue and other non-motor issues caught up – and I decided to do something else.

I wrote a book called ‘Decide Success’, began teaching at the University of Louisville College of Business, US – and started doing inspirational talks. Now I’ve done more than 100 conferences all over the world, from Paris to Hong Kong and every state in the US. I just got back from one in Texas.

That’s the basic story. I’ve done a lot to slow the progression of the condition, but it doesn’t stop it. I have days where I can hardly get up from a chair once I’ve sat down.

Has Parkinson’s changed your outlook on life?

That’s an interesting question. I mention in my talks that I was a really good lawyer. I was always very competitive, and I had to win at all costs. Sometimes I could be a bully. And I think I’ve been softened a bit through my experience with Parkinson’s – I see a different perspective now. I don’t see things so narrowly, I see a much bigger picture.

You’re measured by how you deal with adversity, and Parkinson’s certainly is adversity. I’m maybe more empathetic, more compassionate, kinder than I was before.

What keeps you motivated?

Basically, 10 years after my diagnosis, I said, “I’m going to be the healthiest person with Parkinson’s that ever lived.” I got a personal trainer, went vegetarian and started doing all the things that YouTube videos tell you to do to be healthy. I made a whole lifestyle change, and that allowed me to stay motivated and stay interested.

Take exercising, for example. When you’re halfway through your exercise, and you don’t think you can do another push-up or sit-up or whatever it may be – that’s when you have to find the motivation. It’s to be the best care patient for my wife and care partner that I can be. I want her to have as little extra work to do as possible. That’s what motivates me to go beyond my comfort zone.

What drew you to inspirational speaking after your diagnosis?

I’ve been drawn to speaking as something that provides some purpose and meaning. I like helping people, being in front of people and seeing in their eyes that they’re getting what I’m saying. There were 150 people in each of the two conferences I went to last week and 1,100 people came to a talk I did in Kentucky. I also love to travel, even though sometimes I have difficulty because of my Parkinson’s. I have to be constantly reminded of what my limitations are.

I sometimes have trouble juggling things, multitasking or finding my words. But for some reason when I get up on stage, adrenaline or my mind takes over and I can just do it. I get into the zone, just gliding through – and that’s something you don’t get the opportunity for very often.

I remember when I was at camp as a boy, I was playing ball games in New England and I got the hit that won the championship game. They carried me off the field. You don’t get that type of affirmation very often. For me, it’s every time I speak. 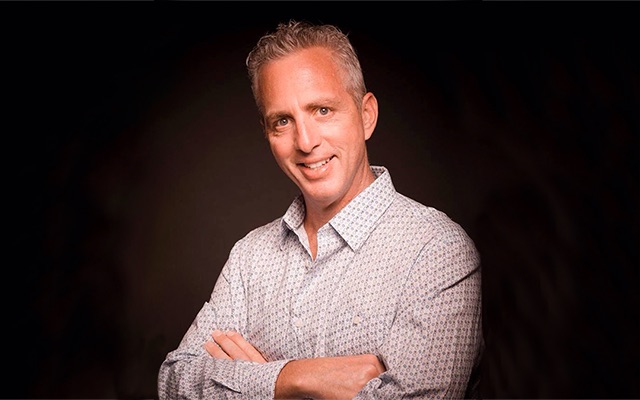 What is one moment that stands out to you since you started speaking?

I was in San Antonio, Texas. I always stay around and talk to people after my talks, and there was a person waiting in line to meet me. I asked him, “Do you have Parkinson’s?” He said, “No, my wife does and she couldn’t make it. She’s using a wheelchair and she didn’t feel well. But she really wanted to see you.” She was an English teacher, and she’d been watching my YouTube videos – I probably have one fan on YouTube, and she’s it!

So I said to him, “My flight’s in three hours. Do you have time to take me to your house?” So we went and met with her. When her husband left the room, she told me, “I’m tired of this. I don’t want to go through this any more.” I’m not a trained psychologist, so what could I say? I didn’t know what to do. I asked, “Who are those kids in the picture over there?”

“Those are my grandchildren,” she said. I said, “Have you taught them everything they need to learn?” She said no, and I said, “Then you’ve got a reason to live.”

I haven’t talked to her since that day. But I had a feeling that I made a difference. That’s what I’m hoping to do through my talks. I’m hoping to touch at least one person in every audience, if not more.

Have you been inspired by Parkinson’s community?

Absolutely. One of my main sources of inspiration, heavyweight boxing champion Muhammad Ali, died five years ago. He had a remarkable life. He had that inner strength or courage, or whatever you want to call it, that he could dig down deep. I’ve watched every one of his fights several times and had the chance to meet him and some of his family members at conferences and events in the US.

I’ll tell you one story about him. He came to speak to some children at an event I attended when he was in the advanced stages of Parkinson’s. And before the kids came in, he was hunched over. But when the kids arrived, he rose up.

One symptom of Parkinson’s is that you don’t have this dexterity that you had before, which can make it hard to button buttons and such. But he did magic tricks for these kids, which has got to be difficult, dexterity-wise. He did it for quite a while to entertain them. When they left, he moved back down in the cramped position – you could tell him was worn out.

But he was able to find it in himself to rise up – just like he was able to get out to that 15th round against Joe Frazier, beat George Foreman, take on Sonny Liston and beat him twice. He just had this fortitude that kept him going.

How has Parkinson’s most impacted your life?

I’ve always been someone who has a lot of self-confidence – and Parkinson’s has really disrupted that. I was the best lawyer that I knew, but I can’t do that anymore. I’m fatigued, my voice is soft, sometimes my face is masked. If I get stressed, I start tremoring and my symptoms come back, and you can’t be a lawyer if you can’t handle stress.

John Baumann is an inspirational speaker and author based in Florida, US. Seven years after being diagnosed with Parkinson’s at the age of 41, he left his successful career as a lawyer to uncover his “true purpose”, helping to inspire people around the world to pursue their own version of success. He lives with his wife, Bernadette – “the best luck I’ve ever had” – to whom he dedicated his book ‘Decide Success’. He says Bernadette has helped get him into the best shape of his life through “positive thinking, a healthy diet and vigorous exercise”.

I sometimes have trouble juggling things, multitasking or finding my words. But for some reason when I get up on stage, adrenaline or my mind takes over and I can just do it