It is now more important than ever to work collaboratively, before the burden of Parkinson’s overwhelms our ability to effectively respond to these critical needs 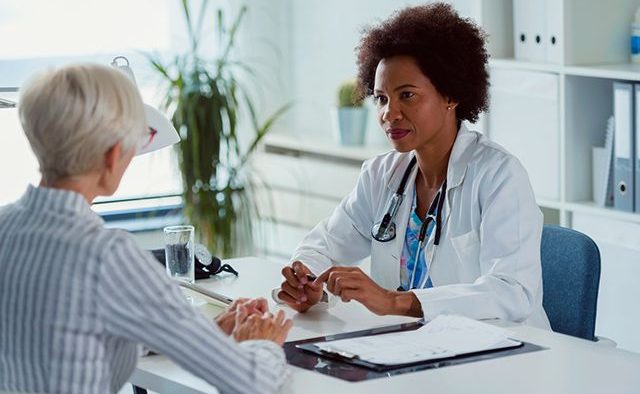 With cases of Parkinson’s on the rise around the world, a new report from the World Health Organisation (WHO) has outlined six areas that must be addressed to help globally tackle issues surrounding the condition

“There is a pressing need for a global public health response to address health and social requirements for people with Parkinson’s.”

So write the authors of a new report from the WHO entitled: ‘Six action steps to address global disparities in Parkinson disease: a World Health Organisation priority’. Published in JAMA Neurology, the “Special Communication” is based on findings from an international 2021 WHO workshop, which identified six “workable avenues for action” that could help address concerns for Parkinson’s community.

The authors, including experts such as Dr Michael Okun and members of Parkinson’s community, outline the six key steps for tackling global issues around the condition: disease burden; advocacy and awareness; prevention and risk reduction; diagnosis, treatment and care; caregiver support; and research.

“It is now more important than ever to work collaboratively,” they write, “before the burden of Parkinson’s overwhelms our ability to effectively respond to these critical needs.”

According to the report, there is limited data on how Parkinson’s affects people in low- and middle-income countries, and limited research on the link between the condition and race and ethnicity. “Across the globe,” write the authors, “better-standardised epidemiological data will be needed to determine the actual prevalence and incidence of Parkinson’s.”

The report highlights that factors such as sex and race differences and age at onset of the condition, are still associated with delays in diagnosis and unequal care – meaning that “advocacy and awareness are particularly important”. To improve the lives of people with Parkinson’s, the researchers have called for public education, policy and legislation to be changed – and for greater awareness of existing workplace antidiscrimination policies in different languages.

The authors write that there is still a “substantial need” to “specifically identify clear risks for Parkinson’s”. Some of these risk factors, they note, include chemicals such as pesticides and herbicides. The researchers recommend improved risk assessments to understand the effects of these chemicals, as well as a more in-depth study of how other “implicated” factors – including traumatic brain injury, lack of physical activity or air pollution – may be linked to the condition.

As part of the report, the researchers emphasise the importance of accessible and affordable treatment options worldwide. Among their suggested approaches is the implementation of “universal health coverage” to help develop “culturally and socioeconomically acceptable models of care” for people living with Parkinson’s.

The report, outlining the “associated health benefits” of effective caregiving, highlights the importance of supporting “the invisible patient: the caregiver”. The report highlights several strategies to improve caregiver burden in the early stages of the condition, such as education about caregiver roles, medications and effective communication. The authors suggest that social workers, patient groups and community-based resources may offer effective support.

The authors note that while research into Parkinson’s has grown significantly in recent years, there remains a lack of study in low- and middle-income countries. As such, they write, there is still a need for a greater understanding around cultural and population differences in the global Parkinson’s community. “Ensuring that countries have appropriate funding to conduct and implement research, as well as building research capacity where needed, will be a critical next step to achieving progress,” they write.

The report ends with a call for policymakers around the world to take action: “Parkinson’s must be emphasised on public health agendas and key actions must be taken and coordinated to generate strategies, programmes, policies, and services that can be effective for people with Parkinson’s, their families and their caregivers. This coordination will require a global effort.”

It is now more important than ever to work collaboratively, before the burden of Parkinson’s overwhelms our ability to effectively respond to these critical needs

The campaign calling for “proper” Parkinson’s disease care in Ireland

Is there a lack of specialist support?