A Beethoven symphony or a Benjamin Britten opera, or the White Album can all take me to a special place in my head that Parkinson’s can’t get to 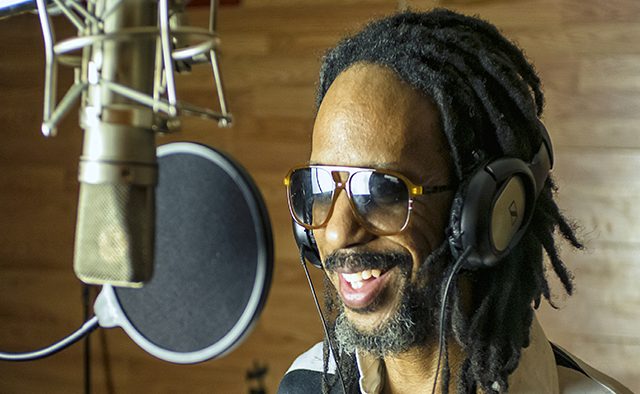 Over the years, we’ve been lucky enough to talk to interviewees whose talents range from adventuring and painting to composing, performing and producing music. In this Parkinson’s Life ‘playlist’, we share what six inspiring people from Parkinson’s community have to say about music – and its role in helping them to face the challenges of the condition

When we caught up with US rapper and filmmaker Walter J Archey III (pictured above), who’s been in the business since 1980, he opened up about his experience of living with Parkinson’s. “The fact that I’m a younger-looking African American person with Parkinson’s has been a challenge. The first thing that a lot of people think when they see you is: ‘Man, this dude is clearly on drugs’,” he said.

“It’s just something you have to deal with. You have to be light-hearted about Parkinson’s. You can’t let it get you down.”

How has his approach to his art has changed since diagnosis? “Rapping out loud can really help your vocal cords when you have Parkinson’s, but I can’t rap the way I used to because I run out of breath,” he explained. “You need good breath control to be a great MC.”

Facing these challenges head-on, inspired by the achievements and attitude of people like Stephen Hawking, Walter told us: “When you see me, I’m going to have a gold chain and be with some fly ladies, making beats and rapping – and you’re not even going to think about Parkinson’s.”

We first got to know Canada-based Robbie Tucker as a guest on our ‘Love, sex and Parkinson’s’ podcast episode, as he opened up about his experience of Parkinson’s disease – and its impact on dating and relationships.

It was during the recording that we learned about his musical talents, which have seen him produce at least seven solo albums as a singer, composer and instrumentalist – after writing his first song lyrics at the age of eight. “I’m a musician I have been since I was a little kid,” he said.

Diagnosed with Parkinson’s in his late 20s, Robbie told us that, two decades later, despite the challenges of the condition: “I’m still making music and trying my best to be a functional human being in the world.” 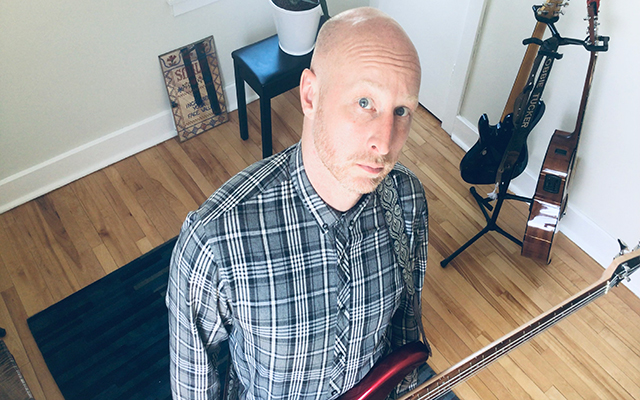 Tony Coffey has found that Parkinson’s has impacted his ability to play piano – with his left arm falling behind his right. “So the only thing left to me now is to write music,” he told us in an interview last year.

Driven by his passion for songs, Tony – who is from the Channel Islands – said he was a “busy bloke” throughout his career, working with young people in choirs and classrooms, teaching practical music-making, writing music for theatre – and more. Since he was diagnosed, music has been an “almost miraculous” source of inspiration. He’s released an album, ‘Out My Head’– a reflection on life with Parkinson’s.

“Music can shake up our emotions and also straighten them out,” he said. “I love dancing around the studio listening to a track that I have just recorded. A Beethoven symphony or a Benjamin Britten opera, or the White Album can all take me to a special place in my head that Parkinson’s can’t get to.” 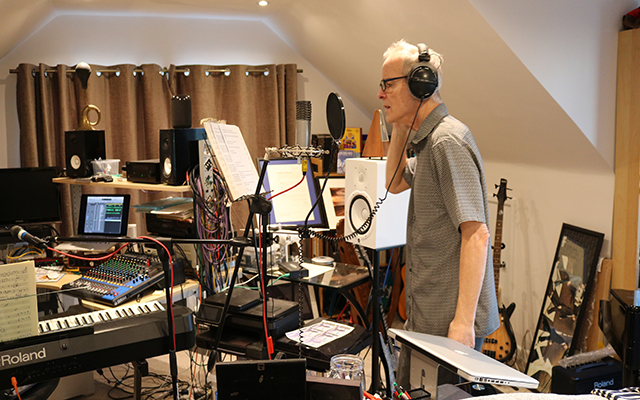 What’s it like to be a DJ with Parkinson’s? US-based Laura Hanf told us all about her role on Radio Parkies, an online radio station dedicated to the international Parkinson’s community.

Laura said that, despite some challenges with speech and fatigue that can arise due to her condition, “Music often makes me realise how fortunate we all are. I think people can relate to lyrics more than they can relate to having a discussion and generally, music brings out a lot of emotion in me.”

When asked why people should consider tuning in to the station, Laura added: “Not only does music help you feel good, but if you need to exercise then you can have a dance while listening. We can offer you words of encouragement about your Parkinson’s journey, or you can just sit back, relax and enjoy the music.” 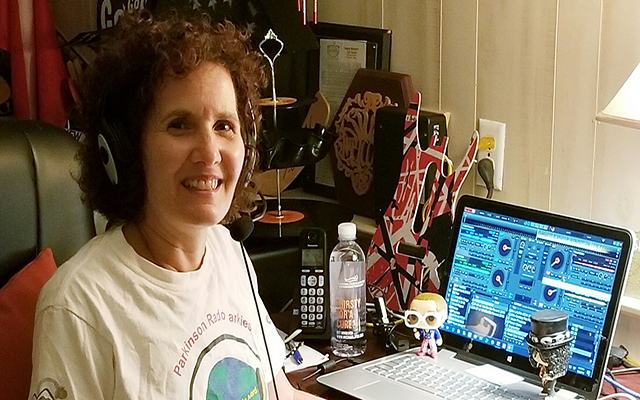 For Australian and Austrian producer Gerald Ganglbauer, music is part of a “toolkit to communicate and educate the public”.

“Higher numbers of listeners and readers can help to put more pressure on lobby groups, and bring about change,” he said. This desire to spark change led Gerald to found the organisation Parkinsong, which aims to raise Parkinson’s awareness through music. 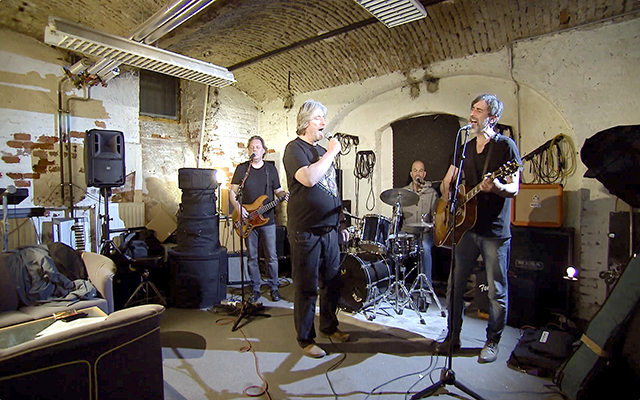 UK-based composer and retired teacher Harold Chaplin started writing songs more than 30 years ago. Following his Parkinson’s diagnosis in 2007, he began to write music about life with the condition.

“The music has this amazing, temporary but powerful, healing effect because I can literally fling my walking stick aside when I finish singing and walk quite normally for an hour or two,” he explained. “I can walk around and talk to friends and they forget I have Parkinson’s – and for a moment, I forget too.”

When we interviewed Harold during the festive season a couple years ago, the UK’s Hertford Choral Society was gearing up to prepare two of his Christmas carols at their holiday concert – where donations would be accepted for Parkinson’s research. “I hope to get my songs about Parkinson’s online too, to increase awareness,” he said. “That’s what my incentive is.”

A Beethoven symphony or a Benjamin Britten opera, or the White Album can all take me to a special place in my head that Parkinson’s can’t get to