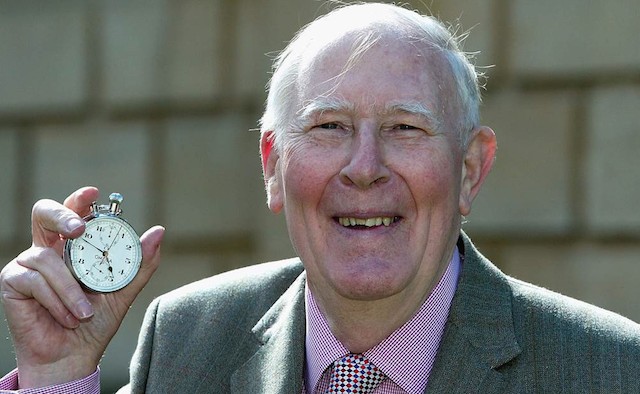 Sir Roger Bannister, the first athlete to run a mile in under four minutes, has passed away peacefully at home at the age of 88, after battling Parkinson’s for seven years

British athlete and renowned neurologist, Sir Roger Bannister, died at his home in Oxfordshire, UK, on 3 March at the age of 88.

He was diagnosed with Parkinson’s in 2011 and faced his condition with stoicism. In an interview for BBC Radio Oxford, he said: “I am aware of all the research that’s been done. I think it will take some time before there is a breakthrough, but the management and drug treatments are improving all the time.”

As a neurologist himself, Bannister had treated many patients with the condition before his own diagnosis. In the BBC Radio Oxford interview, he shared his thoughts: “I have seen, and looked after, patients with so many neurological and other disorders that I am not surprised I have acquired an illness.

“It’s in the nature of things, there’s a gentle irony to it. I am being well looked after and I don’t intend to let it interfere – as much as I can. Just consider the alternatives – that is the way I look at it.”

Bannister studied medicine at the University of Oxford, UK. During his student days, he used his medical knowledge to devise his own training regime, studying the mechanics of running and scheduling his training around his studies.

Four years after joining the athletics team at Oxford, he was selected to compete with the British Olympic team in the 1952 Games, hosted in Helsinki, Finland, where he finished in fourth place. Shortly afterwards he continued his training in preparation for the Commonwealth Games in 1954 in Canada, where history was made. Bannister broke the world record for running the distance of a mile, with a finishing time of 03:59.04. 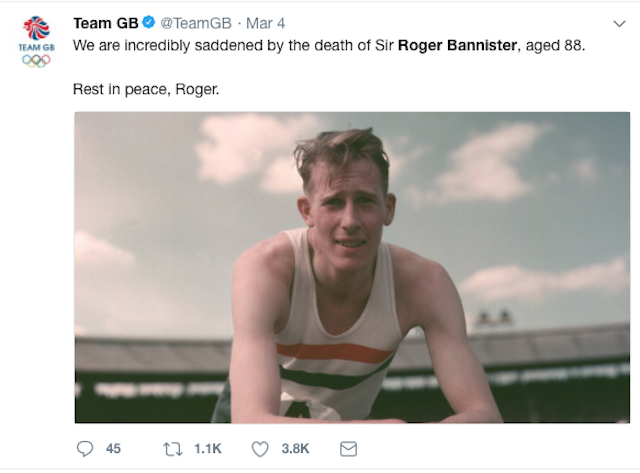 Bannister retired from athletics in 1954 to pursue his medical career, and by 1963 he was an established consultant in three hospitals. In 1975 he was knighted for his service to sport.

His record no longer stands but he inspired many athletes the world over. Lord Coe, the president of the International Association of Athletics Federations (IAAF) and two-time Olympic gold medallist, said Bannister was an inspiration not only because of his sporting achievement but also because of his career as an accomplished neurologist.

Sir Roger Bannister was a great British sporting icon whose achievements were an inspiration to us all. He will be greatly missed.

Incredible man – Sir Roger Bannister, who following his athletic success, became a respected neurologist & said this on being diagnosed with Parkinson’s:

"….I am not surprised I have acquired an illness….
It's in the nature of things, there's a gentle irony to it." https://t.co/P4h34Xaj4j

In 2014, Bannister said in an interview for ‘The Big Issue’: “For the first ten years of my medical career it was an uphill battle to prove to others that I was dedicated to medicine and would not be moving into sport… I’d rather be remembered for my work in neurology than my running. If you offered me the chance to make a great breakthrough in the study of the automatic nerve system, I’d take that over the four-minute mile right away. I worked in medicine for sixty years. I ran for about eight.” 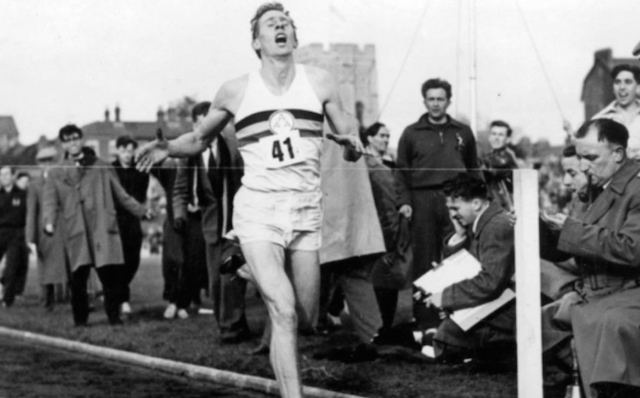 Ruth Wilson is “determined to get on the podium” in Australia