I am happy where I am, and it’s because of you and what you made my life. I’ve got no complaints at all 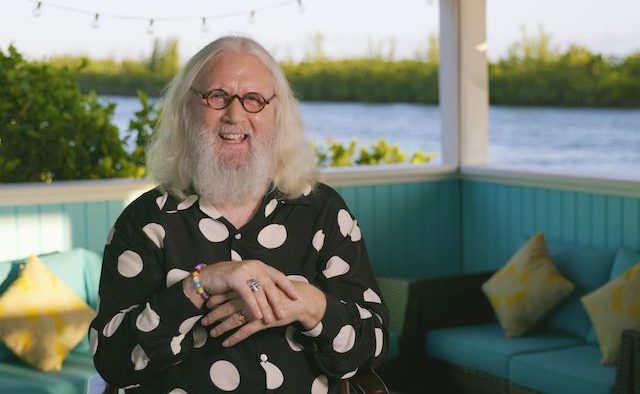 ‘Billy Connolly: It’s Been A Pleasure’, a one-off documentary special by UK TV channel ITV, paid tribute to the comedian’s stand-up career, which drew to a close five years after his Parkinson’s disease diagnosis.

78-year-old Connolly – who announced his retirement from stand-up in 2018 – discussed his experience living with Parkinson’s disease and his career in comedy, acting and music that spanned over five decades.

Speaking from his home in Florida Keys, US, he opened up about his experience with Parkinson’s disease. “It was obvious from my movement that I wasn’t who I used to be,” he said. “It’s got me, and it will get me, and it will end me. But that’s OK with me.”

In a recent interview with UK newspaper ‘The Sunday Times’, Connolly admitted: “So far I don’t miss anything. I’m glad I made the decision [to retire]. […] I had fun on my last tour talking about Parkinson’s, but that’s enough. I don’t want to be a disabled comedian; I don’t want to be a comedian you feel sorry for.”

But despite his diagnosis, the comedy legend tries to remain positive: “I am not defined by it. I started low and I ended high. Just staying up there, until it is time to stop, seems a natural and good thing to do.”

To fans watching the ITV documentary, Connolly said: “It’s been a pleasure talking to you all those years […] I couldn’t have done anything without you. You have been magnificent.”

Celebrity fans joined the special, among them Sir Paul McCartney, Whoopi Goldberg, and Sir Elton John. Many were brought to tears as they reflected on the emotional impact of Connolly’s career.

While Elton John called Connolly “the first rock star of comedy,” a tearful Sheridan Smith said: “I named my son after Billy. Did you know that?”

Hollywood star Dustin Hoffman also fought back tears: “I want him to be around for a long, long time.”

“To think we won’t be able to see a new idea pop into his mind […] that’s going to be a loss,” said comedian and actor Sir Lenny Henry. “There aren’t many that leave a mark, you know.”

‘Billy Connolly: It’s Been A Pleasure’ also met a huge response from fans across social media.

Billy Connolly ; It’s been a pleasure, a stupendously great show. Wishing The Big Yin a long retirement well deserved after the millions of laughs he gave us. #billyconnolly pic.twitter.com/TcBd9TvrC8

While Twitter user Pamela McIntosh was among those brought to tears by the special:

Watching the Billy Connolly It’s been a pleasure show from Hogmanay. Laughing, crying and reminiscing. So many memories of growing up! Thanks Billy. And God Bless you! #billyconnolly

After listening to fan tributes, Connolly offered consolation: “I am very touched, but remember I am happy where I am, and it’s because of you and what you made my life. I’ve got no complaints at all.”

I am happy where I am, and it’s because of you and what you made my life. I’ve got no complaints at all