Stop calling it an incurable disease, say we have yet to find the cure. Give the guy a light in the tunnel. Incurable is such an awful thing to say to somebody 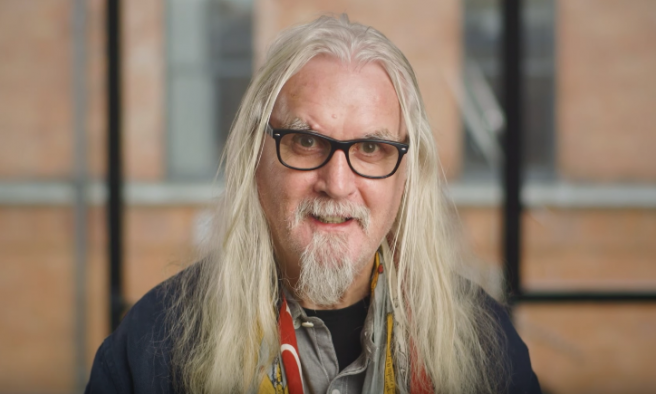 In a recent interview, Scottish comedian Sir Billy Connolly encouraged doctors to stop referring to Parkinson’s as “incurable”, and said we should be using more positive language when discussing the condition

Sir Billy Connolly has said we should stop referring to Parkinson’s as “incurable”, and instead say “we have yet to find a cure”.

The Scottish comedian, who was diagnosed with Parkinson’s in 2013, was reflecting on a conversation he had with his doctor in New York, US.

Talking on UK radio show ‘Virgin Radio Breakfast’, Connolly said: “I had a Russian doctor in New York who said, ‘You realise this is an incurable disease?’

“And I said: ‘You got to get a grip of yourself, stop calling it an incurable disease, say we have yet to find the cure. Give the guy a light in the tunnel. Incurable is such an awful thing to say to somebody’.”

Connolly, who was knighted in 2017 for services to entertainment and charity, also shared how his Parkinson’s symptoms have developed over the years.

He said: “I’ve started to drool, which is a new one on me. This disease, it gives you a new thing every now and again that you have to deal with and drooling is my latest.

“I walk unsteadily and my hearing is going and it’s bizarre that bits of me are falling off but it’s interesting.”

The interview has come after Connolly recently dismissed reports that he was “slipping away’” from life due to his Parkinson’s – something he said was misquoted in the media.

Talking on UK TV programme ‘The One Show’, Connolly explained: “I answered the question wrong, they said to me, ‘How do you feel about having had Parkinson’s?’ And I said, ‘I’m slipping away’. What I meant was bits of me were slipping away.

“My hearing was going, and my eyesight, and my ability to walk properly, put on my socks properly in the morning. It sounded as if I was preparing to die. Like slipping away from this mortal coil. I’ve never had to say I was alive before. It’s a really weird thing to do.”

Connolly recently featured on UK TV broadcaster BBC’s documentary ‘Billy Connolly: Made in Scotland’, where he discussed his childhood, career and later life.

Stop calling it an incurable disease, say we have yet to find the cure. Give the guy a light in the tunnel. Incurable is such an awful thing to say to somebody

The road to Copenhagen: The UK Parkinson’s Football Team