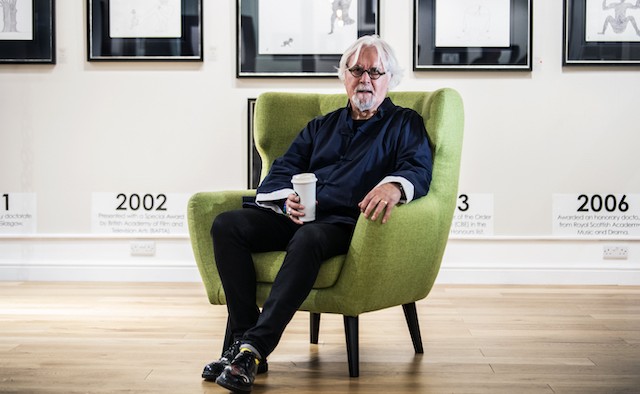 Sir Billy Connolly is to make a shock return to television, seven months after retiring due to his Parkinson’s.

The veteran Scottish comedian is fronting a new documentary series which has the working title ‘Billy Connolly’s Great American Trail’.

The three-part series, which is due to air on UK TV channel ITV, will see Connolly follow the route of Scottish immigrants who first landed in America in the 18th century.

Discussing the new series, a source told UK newspaper The Sun: “Billy admitted earlier this year that Parkinson’s was taking its toll and he could no longer cope with live performances. But after ITV producers offered him a new adventure in the US, where he has spent half his life living, he decided it was too good to miss.”

This will be Connolly’s first television appearance since January, when he spoke openly about his Parkinson’s in the BBC documentary ‘Billy Connolly: Made in Scotland’.

He told viewers: “My life, it’s slipping away and I can feel it and I should,” he said. “I’m near the end. I’m a damn sight nearer the end than I am the beginning. But it doesn’t frighten me, it’s an adventure and it is quite interesting to see myself slipping away.”

This follows the news that UK-based Connolly fans will be able to watch the iconic entertainer’s 2015 Australian stand up tour, entitled ‘The Sex Life of Bandages’, at Vue cinemas across the country on 10 October.

Commenting on the event, a Vue spokesperson said: “This whip smart routine is a riotous journey filled outrageous tales and blistering observations of everyday absurdities. Screening as a special one-night only event, Connolly will also muse upon his career, life and legacy in a deeply personal interview filmed exclusively for cinema audiences.”

Connolly was diagnosed with Parkinson’s in 2013.