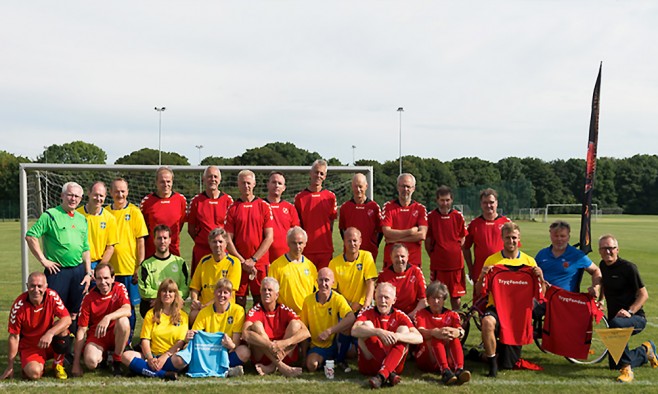 The third edition of the Ray Kennedy Cup is about to kick off in Denmark – are you up for the challenge?

The organisers of the Ray Kennedy Cup – an international football tournament for people living with Parkinson’s – are inviting players from across Europe to enter the competition.

The event, run by the Danish Parkinson’s Association (Parkinsonforeningen), takes place in Copenhagen on 19 September 2015.

This year, the organisers expect teams from Denmark, Norway, and Sweden –and, they hope, other European countries – will travel to Copenhagen to take part in the 7-a-side tournament.

The Ray Kennedy Cup – the closest thing the international Parkinson’s community has to a football world cup – is the brainchild of physiotherapist Finn Egeberg Nielsen, who realised from his work with Parkinson’s patients that the movements required in football were very similar to the ones that he asked his patients to perform.

The tournament is named after English professional footballer Ray Kennedy who was diagnosed with young-onset Parkinson’s at the end of his playing career.

It is widely acknowledged that keeping active is extremely helpful in combating the progression of Parkinson’s. The organisers believe the Ray Kennedy cup has benefits beyond this by creating a sociable, fun environment for people with Parkinson’s to interact with one another.

For more information, or to find out how you and your team can get involved, contact: finn@fyshusetvalby.dk

Olie Westheimer: the visionary behind Dance for PD

Award-winner speaks about her work in the Parkinson’s community