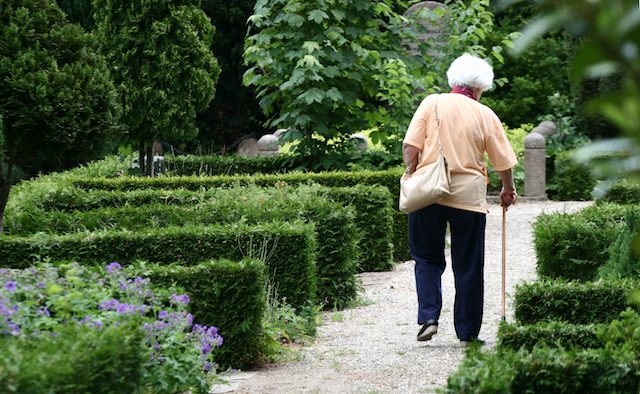 We hear from Dr Fay Horak on what shuffling gait is, why it occurs in people with Parkinson’s – and how exercise and using walking aids can help improve day-to-day life

As a Parkinson’s diagnosis progresses, people experience a change in gait – or the ability to walk. Alteration in gait is an outwardly visible symptom, one that can restrict functional independence as everyday movements require more thought, effort and time. This impairment of gait can take the form of feet feeling like they are glued to the floor (also known as freezing) or through the quickening and shortening of strides (festination). It can also commonly appear as if someone is dragging or shuffling their feet in small steps as they walk.

What causes a shuffling walk?

“Shuffling gait in people with Parkinson’s is caused by a combination of bradykinesia (slowness of movement) and imbalance. The bradykinesia, which causes short, slow steps and small arm swing, is the result of progressive loss of the neurotransmitter, dopamine, in a part of the brain called the basal ganglia,” explains Dr Fay Horak, professor of neurology at Oregon Health Science University (OHSU), US.

“That is why dopamine replacement therapy, levodopa, helps reduce shuffling by increasing the size and speed of stepping with a larger arm swing,” she adds.

According to Dr Horak, shuffling gait occurs in people with Parkinson’s because small steps are taken without the normal heel and toe making contact with the ground – meaning that “the feet slide forward instead of being lifted up off the floor”.

“Normal gait speed depends upon a rapid push down of the toes into the floor. Without this push, shuffling gait depends upon the use of the hip muscles to move the legs and body forward with a shuffle,” she explains.

Those who already experience freezing of gait also tend to be subject to shuffling gait. Freezing, says Horak, is basically “an extreme form of shuffling gait but without any forward motion”. Shuffling gait is not limited to the feet – people with Parkinson’s can also notice shorter strides and reduced arm movement when walking. Not only does this mean “walking takes far more effort”, but the likelihood of tripping over low objects on the floor increases too.

Though, Dr Horak says, “a change in gait is not always obvious in the early stages of Parkinson’s”, as a symptom, it is one of the “hallmarks” of Parkinson’s and can be one of the most debilitating. 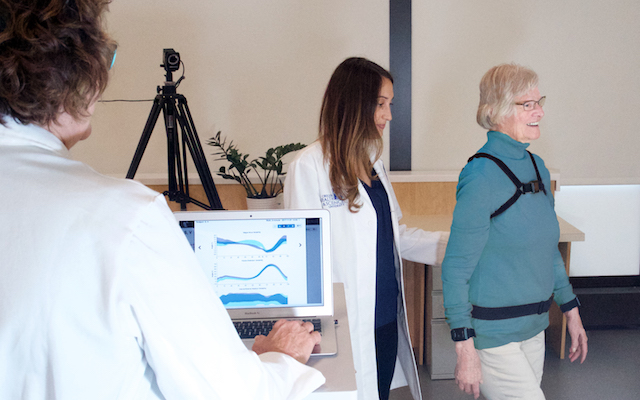 Dr Fay Horak recently co-authored a study on the effects of exercise on gait and brain connectivity.

How can you reduce shuffling gait?

Exercise has long been hailed and proven to be an effective way of slowing down the effects of Parkinson’s. Dr Horak says the same applies for improving balance and Parkinson’s gait. “Therapy and exercise can improve balance and gait – but the specific type of exercise will depend on each person’s abilities.”

Dr Horak recently co-authored a study on the effects of a group exercise class on gait and brain connectivity in people with Parkinson’s – for whom “the major form of disability is impaired mobility”.

She explains: “We studied 85 people with mild to moderate Parkinson’s who took part in a six-week agility bootcamp with cognitive challenges. We found that the ability to walk quickly with less shuffling improved – particularly in those with the strongest shuffle to begin with.”

As well as exercising, Dr Horak suggests people with Parkinson’s try and improve gait by taking part in gait rehabilitation with a physical therapist, using walking aids such as hiking sticks or a rolling walker, or monitoring the change in movements over time using wearable technology.

Similarly, there is evidence to suggest walking to the beat of a metronome or music may reduce shuffling, improve walking speed and limit freezing of gait.

For more information about Parkinson’s and gait please visit the EPDA website.

Saddle of hare fillet with a wild mushroom sauce

This is a festive & colourful game dish, perfect for special occasions