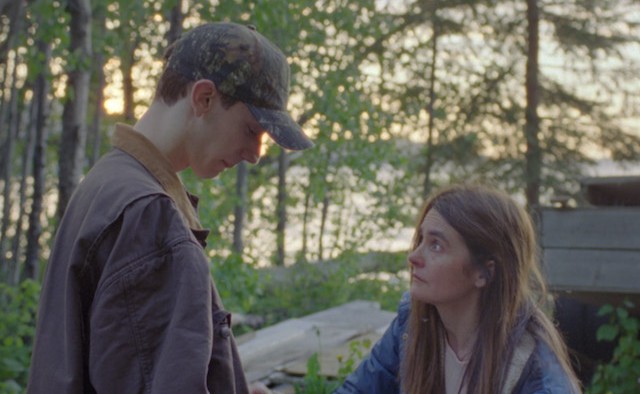 From BAFTA-winning shorts to inspiring documentaries, we’ve scoured the world for our favourite films about Parkinson’s

This award-winning Canadian drama from writer and director Kathleen Hepburn, tells the story of Judy – a mother who has been living with Parkinson’s for almost two decades. Judy’s life becomes increasingly challenging when her husband – and caregiver – passes away, leaving her to singlehandedly raise a teenage son who is struggling with his sexuality.

This documentary follows Cosimo Mauro, who has dreamt of becoming a rockstar from a young age. After being diagnosed with Parkinson’s aged 40, Cosimo begins to struggle with the psychological and physical symptoms of the condition – and is forced to revaluate his dreams.

The full documentary is available online.

‘Kinetics’ is a film about an unlikely friendship between Rose, a middle-aged woman with Parkinson’s, and Lukas, a rebellious teenage boy who enjoys free-running. Written by actor Sue Wylie, the film’s characters and depiction of life with Parkinson’s are based on her own experiences.

You can order a copy of the film here.

This documentary from award-winning Australian journalist Liz Jackson – who passed away earlier this year – tells the story of her Parkinson’s diagnosis, her journey to better understanding the condition and her struggles with its symptoms.

You can watch the full documentary feature below.

This BAFTA-winning short film – funded by UK public body Creative Scotland – is about 92-year-old Isabella who lives with dementia and Parkinson’s. Combining live-action and animation, this experimental film immerses the audience inside Isabella’s disjointed world – and tackles themes of age and memory.

Watch the full film below.

‘Present Moment’ is an Emmy-nominated short film documenting producer and co-director Aimie Vallat’s family coming to terms with the realities of her father’s Parkinson’s. In the eight-minute piece, her father Gary shares his approach to Parkinson’s – and celebrates being resilient in the face of health challenges.

After battling with Parkinson’s for 20 years and using drugs and brain surgery to treat the condition, Larry Smith looks for an alternative. In this documentary, he discovers the benefits of medical marijuana and exercise – and challenges himself to an incredible 300-mile bike ride across South Dakota, US.

The full documentary is available on Amazon Prime.