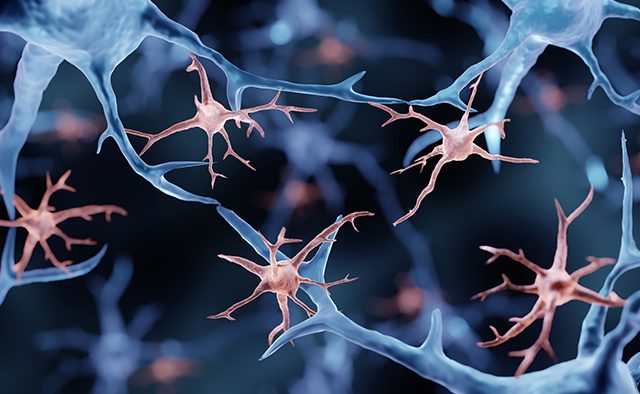 Researchers based in Germany and the US may have identified a way to detect overactivity of microglia cells – a type of brain cell known to cause inflammation in the brain that is a key sign of neurodegenerative conditions like Parkinson’s.

As part of the study, published in the journal ‘PNAS’, the researchers used mouse models of Parkinson’s and Alzheimer’s.

They measured neuroinflammation in the animals by comparing protein concentrations in a control group of healthy mice versus mice models of the condition – and found that 25 proteins were altered in those affected with Parkinson’s pathology.

In a press release, one of the study’s co-authors, Professor Mathias Jucker, said the findings could eventually lead to a “major advance”: being able to monitor inflammation in patients’ nervous systems over time. He said: “This would allow us to better understand different disease stages and also to test anti-inflammatory substances in clinical trials.”

Read more about the study on neuroinflammation in the brain.

Researchers at the University of Turin, Italy, have identified that Parkins

People living with Parkinson’s say they enjoy taking part in the US community cycling programme ‘Pedalling for Parkinson’s’, according to a new survey. Researchers at Cleveland Clinic in Ohio, US, conducted a 12-month study in which 49 participants with the condition took part in stationary cycling classes. Upon conclusion of the programme, 40 of the participants completed an exit survey. The results revealed that those who took part in the scheme “enjoyed the class, felt that their Parkinson’s symptoms benefitted from exercise and were motivated to exercise by their… diagnosis”. The responses also indicated that the participants did not feel that their symptoms, regardless of severity, prevented them from taking part in this type of exercise. As such, the researchers concluded: “With the growing body of literature supporting the role of exercise in potentially altering the [condition’s] trajectory, it is critical that communities adopt and implement exercise programmes that meet…