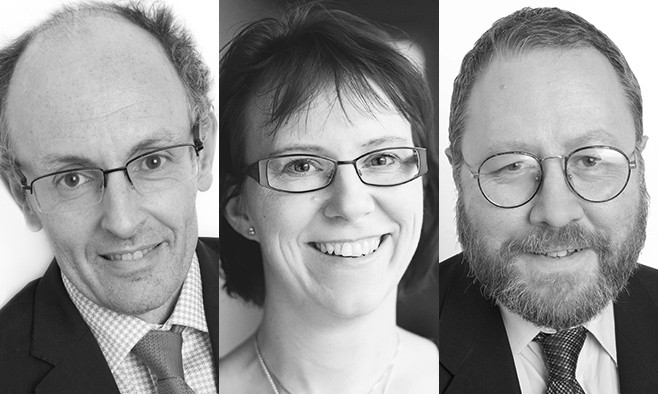 During a workshop that took place at a recent Parkinson’s disease carers’ conference in Sweden, participants raised the issue of whether some Parkinson’s organisations were overly focused on finding a Parkinson’s cure – rather than helping patients and their carers live better ‘here and now’

We spoke to Parkinson’s experts on either side of this controversial debate to give us their views. In the ‘Yes’ corner – Stockholm-based blogger and passionate ‘self-care’ advocate, Sara Riggare. Tom Isaacs and Dr Jon Stamford, of the Cure Parkinson’s Trust, argue the case for why the search for a cure remains vitally important.

“We need research that has direct impact on the lives of people with Parkinson’s today – to me, a good treatment can be as good as a cure”

Being both a person living with Parkinson’s disease and a PhD student at Karolinska Institutet in Sweden, I have a great interest in research. Of course research is important for increasing our knowledge of all aspects of this challenging disease and I am very grateful that there are so many fantastic researchers out there who choose to devote their time to helping us unfortunate enough to be living with Parkinson’s.

A lot of focus is given to the search of a cure for Parkinson’s and of course, that is a good thing, we all want to be rid of our troubling symptoms. But, what would a cure really mean? A cure for for example pneumonia means a removal of the cause of the disease and a complete lack of the symptoms caused by the disease and (hopefully) restoration of functions to what they were before the outbreak. What would the equivalent be for Parkinson’s disease? We don’t know what causes the condition, so how would we know if the cause was successfully removed? What degree of reduction of symptoms would be needed to be considered a cure?

To me, a good treatment can be as good as a cure. If I could manage my symptoms reasonably well without too many side effects, I wouldn’t mind taking medication.

Research also takes time, for plenty of good reasons. Which means that the research being undertaken today is not likely to be able to provide a cure for us having Parkinson’s today but for the people who get Parkinson’s 10-15 years from now. Of course, we need research to find a cure but we also need research that has direct impact on the lives of people with PD today.

So yes, in my opinion we are too focused on the search for a cure.

The question of whether organisations are focused too much on the cure for Parkinson’s is an important one. Our organisation, The Cure Parkinson’s Trust, makes its allegiance clear in its name. To our way of thinking, cure and care form part of the same continuum, with cure defining one end and care being further back.

Promising treatments that fall short of being a cure may nonetheless improve the condition of patients with the illness. A good example is levodopa which was initially touted as a cure but which turned out to be a very good symptomatic treatment. In other words, a failed attempt to find a cure resulted in the most important drug contribution to care available at present. By looking for a cure we are simultaneously improving care.

It is imperative that we set our goals high. The number of people living with Parkinson’s is set to double by the year 2030 and if, by this time, we are still only able to manage symptoms then the cost burden of maintaining a reasonable quality of life for those who live with this condition will become unaffordable for society as a whole. The focus for everyone involved with Parkinson’s therefore must be the pursuit of disease modifying therapies and cures for this disease.

Finally, it is important also to consider the hopes and aspirations of patients with Parkinson’s. Few patients enjoy hearing the word incurable when initially diagnosed. There is no more dispiriting word in the language than one which eliminates hope. Try asking a newly diagnosed patient whether they would prefer to be treated or cured.

Have a strong opinion on the subject? We’d love to hear your thoughts in the comments below 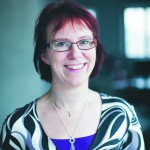 Sara Riggare is an engineer by training. She experienced her first symptoms of Parkinson’s disease aged 13, but wasn’t diagnosed until nearly 20 years later. In 2010 she started studying at a masters programme in health informatics at the Karolinska Institute in Stockholm, Sweden. Sara is currently a doctoral student at Karolinska and the topic of her research is “Personal observations as a tool for improvement in chronic disease”. She is an actively engaged patient with a vast network across the community and blogs at www.riggare.se. 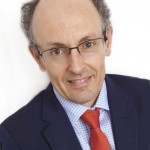 Following a diagnosis of Parkinson’s at the age of 27, Tom Isaacs co-founded The Cure Parkinson’s Trust, an organisation which is focussed on funding research with the potential to slow, stop and reverse Parkinson’s. Tom was a Board Member of the European Parkinson’s Disease Association (EPDA) from 2005 until 2010. He was also the patient representative on the Steering Committee and chaired the Patient Advocacy Committee for the World Parkinson Congress in 2010 and 2013. 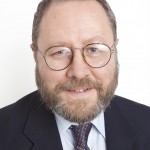 Jon Stamford spent over 20 years as an academic neuroscientist, heading a research lab with a particular interest in Parkinson’s. Jon’s research interest in Parkinson’s was given a dramatic personal twist in 2006 when he was diagnosed with the condition at the age of 49. Jon has written four books on living with Parkinson’s, based on his blogs Slice of Life and Shadows and Light. Jon is a co-founder and director of Parkinson’s Movement.