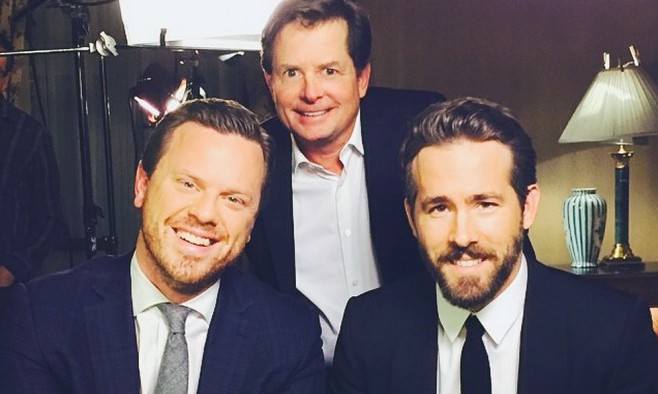 The Proposal star Ryan Reynolds shared a personal picture of his dad who passed away on 25 October 2015 after living with Parkinson’s disease for over 20 years, with a request for fans to donate to research into a cure.

The moving photograph, shared to thousands of his Twitter followers, showed Reynolds’ father, Jim, holding him when he was a baby. Jim’s obituary also requested that, instead of flowers, well-wishers donate to the Michael J Fox Foundation.

Ryan Reynolds has a history of campaigning for the Michael J Fox Foundation raising more than US$100,000 for Parkinson research. In 2008 he ran the New York City Marathon in aid of the foundation and in honour of his father.

In a guest blog in the Huffington Post before the marathon, Reynolds wrote: “Why on earth would I wilfully do this [run the marathon]? On behalf of my father, Jim Reynolds, who’s spent the last 15 years in a life or death struggle with Parkinson’s disease.”

Reynolds said that as he was running he thought a lot about his father, Michael J Fox and the 500,000 other people afflicted with the disease in the United States alone.

“When I saw Michael J Fox on Fifth Avenue, I gained about 15 pounds in goose bumps,” he said. “It kind of pushed me through the last six miles or so.”

Reynolds has continued to work with the foundation and became a member of its board of directors in 2009.

Enzo Cilenti saddles up with his dad, who has Parkinson's, for fundraising