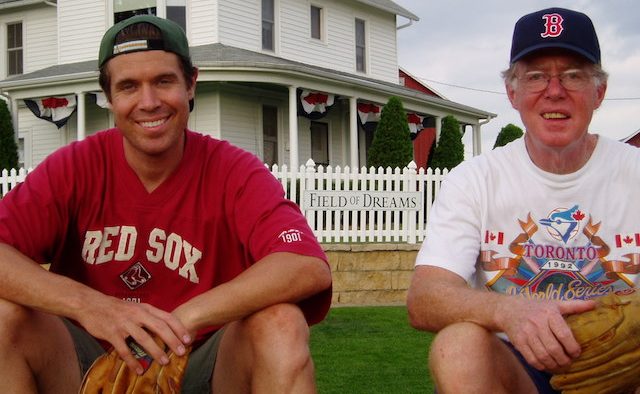 US filmmaker Robert Cochrane decided to turn the “gut punch” experience of his father’s Parkinson’s diagnosis into a chance to grow their relationship. He tells us how his acclaimed documentary series ‘Boys of Summer’ records their journey with the condition, while travelling to all the baseball parks in America

Can you tell us about your documentary series ‘Boys of Summer’?

‘Boys of Summer’ started as the fulfilment of a promise between my dad and me. We started road-tripping to baseball ballparks in the US in the early 90s as a way of getting to know each other better across a shared interest of the sport. We saw seven parks in two years, then life got busy. We said we’d get back to it but didn’t start thinking about it in earnest until 2001, when my dad was diagnosed with Parkinson’s.

When I rewatched the sports fantasy drama ‘Field of Dreams’ my heart was set afire. I knew I didn’t want the regret of a relationship left unexplored.

Our intention for ‘Boys of Summer’ was to spend a lot of time together, see a lot of the country, all the Major League Baseball parks and meet as many people with or affiliated with Parkinson’s as possible to better understand what our journey with the condition might be like. Parkinson’s diagnosis, with all its unknowns, added the pressure to say: “this is why we need to do this now”.

How has the series developed?

The project was supposed to be a one-off documentary. When there was no cure, however, and people kept asking me how my dad was doing, we decided to film a follow up in 2014 with ‘Second Base’. Our third documentary ‘Short Stop’ began in 2017, with the desire to pass the baseball torch further to the grandkids and explore more of the best of what was happening in Parkinson’s communities across the country.

We’ve been told our films are inspiring, thought-provoking and important in terms of providing an example of love and empathy in the face of a difficult condition.

How did you feel when you heard about your dad’s diagnosis?

It was a gut punch and felt very scary, especially because I knew so little about it. It also came two weeks after my mum’s diagnosis with breast cancer.

My dad was told point blank he had Parkinson’s and would be in a wheelchair at some point. It could be in six months or 30 years, but this was the future he was advised to prepare for. You could use the term “bleak” to describe the experience.

How has making these documentaries changed your perspective?

I’ve learned many things but maybe the most important ones have to do with the value of time and the infinite depth of relationships, if you’re willing to do the work to dig in. There’s so much more to my relationship with my dad than I imagined – largely because we’ve chosen to say yes to each other’s ideas, adventure together (even when we weren’t sure exactly where we were going or how we’d get there), trusted each other, invested in each other and laughed a lot.

My dad’s favourite part of the process is the interviews. He’s always happy to see people moved and affected by our stories. I’m happy to know I’ve contributed to my dad’s happiness and quality of life – I’m quite sure he’s living better because of what we’ve done.

This work has been a labor of love and completely grassroots the entire way. It’s my hope that this story can be more widely shown and used to inspire and improve quality of life for millions of others.

Is there anything you’ve learned about Parkinson’s that you wish you could share with your younger self?

The general focus regarding how to approach Parkinson’s as a person living with the condition or care partner has changed. In 2004, the rally cry throughout the community was “A cure within 10 years!”. It was a moon shot that never landed, unfortunately. Our shift from cure to quality of life wasn’t an easy one, but it has made the years since better. We now know the power really rests in our hands.

I strongly encourage people to connect and engage with their local Parkinson’s communities because isolation is a killer. Treat exercise like brushing your teeth. And laugh a lot. 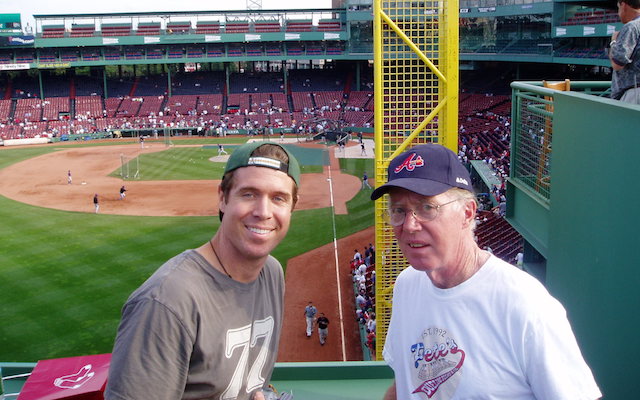 Robert Cochrane (left) with his dad

Robert Cochrane is a US filmmaker and is a PhD student at the University of Nevada, Las Vegas, US, studying the effect of improvisation on Parkinson’s. He has worked in film for 25 years, credited on 11 films.‘Boys of Summer’ (2006) was the first documentary in a planned series, three of which are now available.