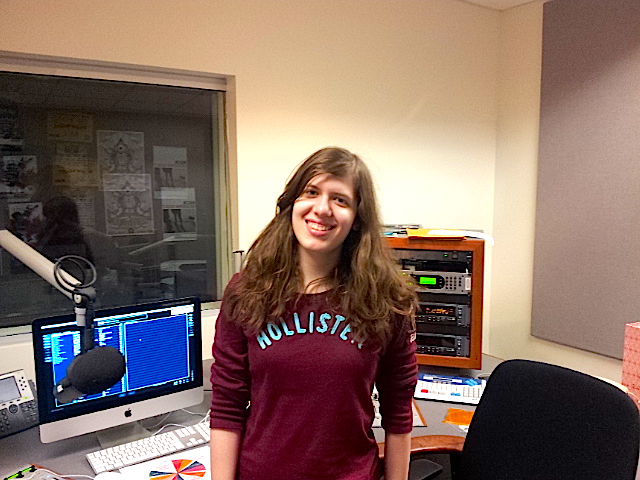 Melanie Rogoff is a management student at Arizona State University and a radio show host at the university’s radio station, KASC 1330 Blaze Radio. In her spare time, she likes to spend time with friends and family, write songs, create DJ mixes, read and write. She lives in Phoenix, Arizona.

My grandma's Parkinson's was pretty serious. I grew up seeing her condition and because I was so young, I didn't really understand it 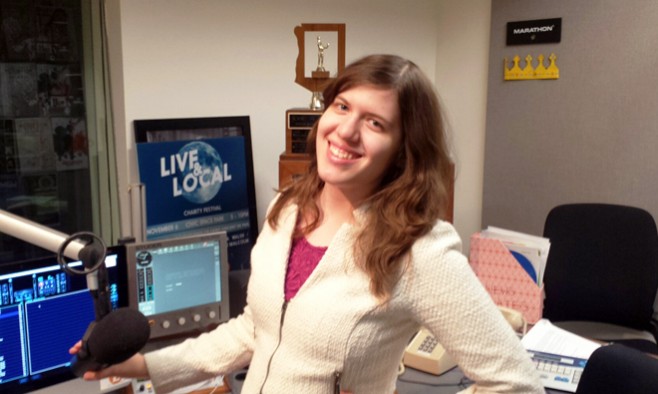 Melanie Rogoff, hosts the weekly ‘Euromerica’ show at college radio station ‘Blaze Radio 1330 AM’ where she has interviewed international artists and bands, including Aaron Carter, Bastille, and Panic! At The Disco. Her connections to the music industry led to the production of ‘Euromeric & friends: Vol. 1’, a compilation album that’s being released online – with all proceeds going to the Michael J Fox Foundation. In this exclusive interview we find out how she pulled the project together to honour her beloved grandmother who lost her battle with the disease a few years ago.

What gave you the idea of producing a compilation album to raise money for Parkinson’s research?

One night, I was having trouble sleeping. I felt that my radio show had been pretty successful thus far and decided that I’d like to do something special. I remember thinking about using my current music contacts to create a charity CD to raise money for Parkinson’s.

How did get into radio DJing?

The promotions director at Arizona State University told me that the station took volunteer DJs, and that I should apply. I wasn’t sure if I would be accepted or not, as I had never been on the radio before, but I applied and got in. I started training and it all went on from there! I’m very thankful for the station. It’s given me, and continues to give me numerous opportunities, wonderful friendships, and a place to develop my skills and grow.

How have you managed to pull the project together, coordinating 16 different artists and bands must have been a lot of work?

It was a very intense process, that’s for sure. I already knew quite a few of the artists, and they were very interested in being on the compilation album. I did reach out to quite a few artists who were unable add a track due to major record label contacts. There were quite a few artists that I had never worked with before that I was able to get in touch with via social media, which was very serendipitous indeed!

How did the artists respond when you told them that all proceeds would be going to the MJFF?

To be honest, I was very worried at first. In this industry, artists are struggling to make money. I was pleasantly surprised to see that every single artist loved the idea of a charity compilation album. Some of them had also lost a relative due to the disease. That made the cause even closer to them. I believe Mjåset had lost a relative to the disease, and the mother of Maria Charlotte Eckhoff, the manager of K-391 and Sickick at Northwind Management’s, is living with Parkinson’s. I asked everyone involved if there was someone special that they wanted to dedicate their song to, and that’s how I found out that I was not the only one with a familial connection to Parkinson’s disease. 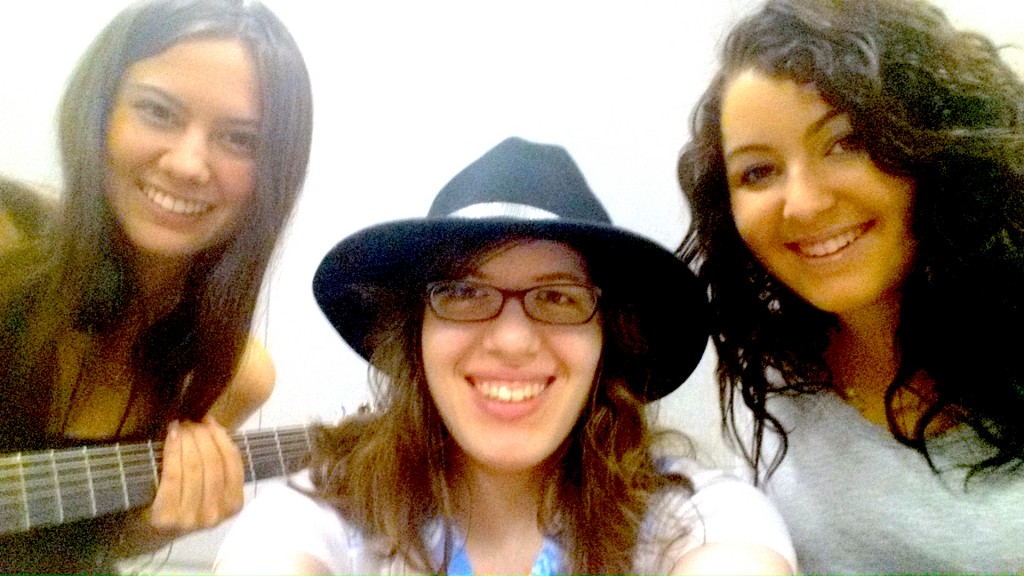 Why did you choose the medium of music for your fundraiser?

The compilation album can be downloaded from a site called Bandcamp. The platform is suitable for underground artists and charity compilations as it is easy to use and the royalty system is very reasonable. Some music sites, take more royalty cuts from the proceeds, which would mean less money for research.

Why have you chosen to donate proceeds to the Michael J Fox Foundation?

I chose the MJFF because they are very active in research and are making huge strides in the field.  They have a very large presence, if not one of the largest, within the Parkinson’s community.

How have you promoted the album?

I’ve been promoting it massively through social media and word-of-mouth. I have used my radio show for promotion and I’m currently working with the station itself to increase the reach. 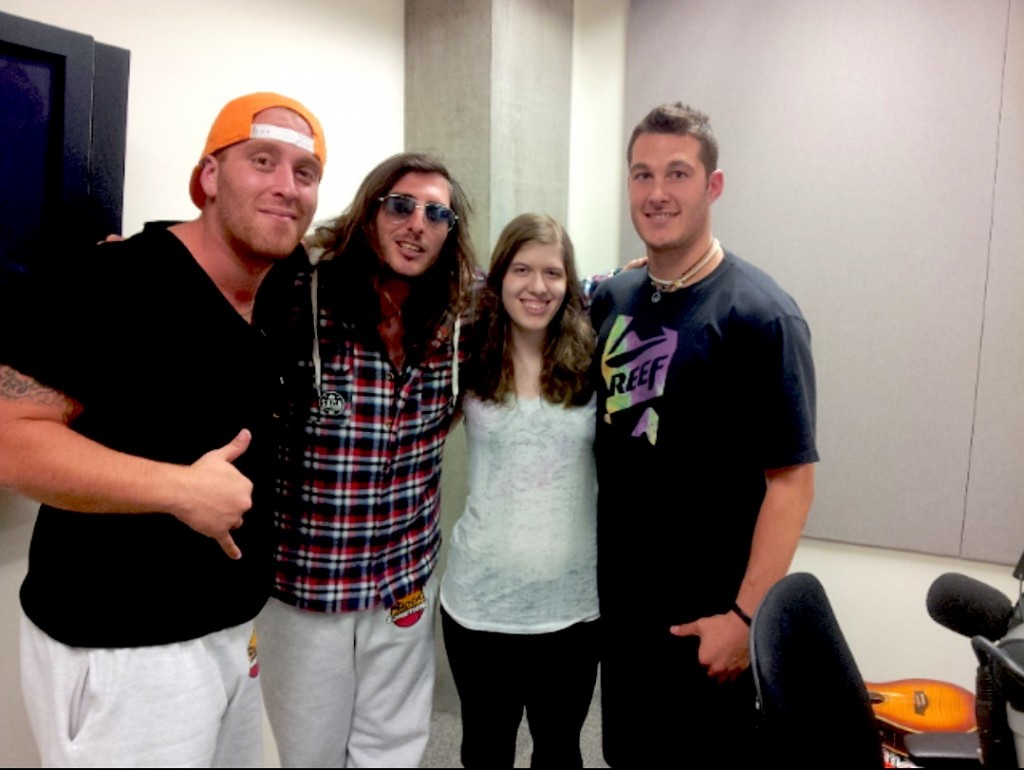 Melanie and band Radical Something

What kind of responses have you had from other Parkinson’s awareness advocates regarding your project?

They’ve all been very positive and encouraging. I especially appreciate the kindness given by Tonya Walker, ‘The Shoe Maven’ and her husband AKA ‘The Man Behind the Maven’. They are an incredible couple that I happened to get connect with via Twitter and I told them about my charity album. They loved the concept and wanted to help immediately, and now I speak with them regularly.

What are your favourite memories of your grandmother?

Oh my goodness, I love her so much. She was a truly amazing woman. Some of my favorite memories of her revolve around music, actually! We used to sing ‘You are my sunshine’ together – it was her favourite song. I remember when she taught me the song and then we sang it together. We also sometimes played the piano together. 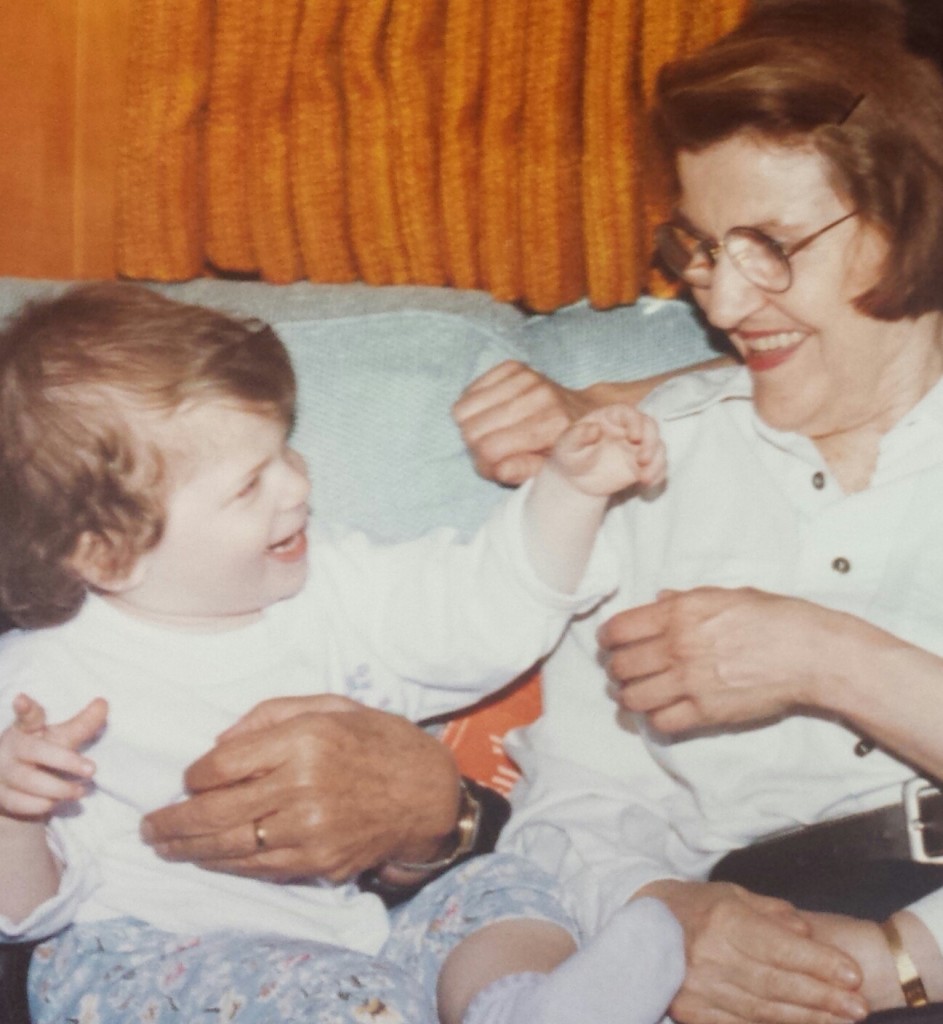 Melanie as a an infant playing with her grandmother Irene

How did your grandmother’s Parkinson’s disease affect you and your family?

It was pretty serious. I grew up seeing her condition and because I was so young, I didn’t really understand it. I would visit her and hang out, but I did that because she’s my grandma and I loved her, you know? She liked very traditional music, and enjoyed pop music too.

Which track on the complication do you think would have been her favourite?

Oh boy! I don’t think I can pick one. I think she would have loved every single track for its unique qualities. She was very caring and sweet, and she was the kind of woman that saw the good in everything and everyone, I think.

What feedback have you had from fans?

I’ve had some very positive feedback! Everyone’s really excited about it, and some even mentioned that they had relatives of blessed memory that passed away from Parkinson’s.

Is there anything else that you’d like to add?

I am so thankful for this interview, and for all the support I’ve received from family, friends, and people from all over the world. My grandma was a truly amazing woman, and to do something good in honour of her is a true blessing. I really miss her and I hope that this CD helps fundraise groundbreaking research. Thank you for letting my story, and a little bit of hers, to be told.

The goal is to raise $2,500 by 15 June and so far, $690 has been raised. Please feel free to donate as much as possible. I truly appreciate it and I know that the future of Parkinson’s will benefit from your donations as well.

The CD can be purchased at euromericaradio.bandcamp.com

Melanie Rogoff is a management student at Arizona State University and a radio show host at the university’s radio station, KASC 1330 Blaze Radio. In her spare time, she likes to spend time with friends and family, write songs, create DJ mixes, read and write. She lives in Phoenix, Arizona.

My grandma's Parkinson's was pretty serious. I grew up seeing her condition and because I was so young, I didn't really understand it