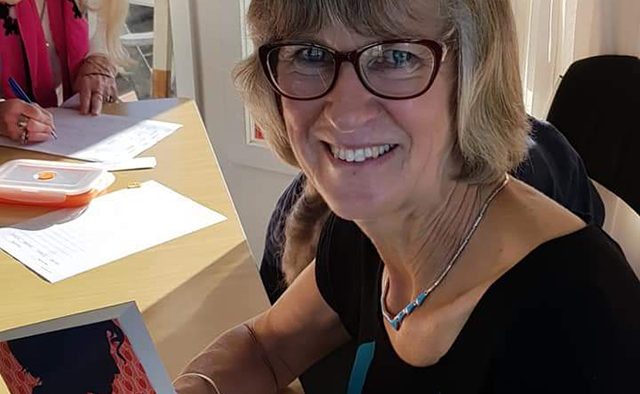 New Zealand-based author Robyn Cotton shares how her own Parkinson’s diagnosis inspired her to embrace writing, why her second novel ‘Mary and Me’ spans two different centuries and how storytelling can feel like “peeling away the layers of an onion”

My husband Geoff and I live in Auckland, New Zealand and we have two grown up children. My hobbies include sailing, photography, hiking and writing. In my career I’ve worked in research and product development in the dairy industry, after which I became a business consultant specialising in innovation management.

Following my diagnosis with early onset Parkinson’s, I chose to retire early. I originally went to my doctor with a persistent tremor down one side and was referred to a neurologist who diagnosed me with the condition. I was devastated – I was familiar with Parkinson’s, as my aunt had it in later life, so I thought I was too young to have it. Looking back, I can see many of the symptoms had been there for some time, so I suspect I have had it for most of my adult life.

After I was diagnosed, I went on a rollercoaster of emotions, from the initial shock, to disbelief, despair, sadness, anger and resignation, until I finally became more resilient and positive. In the past I was goal driven, always focusing on what lay ahead. But I became aware that stress makes my symptoms worse and retired to de-stress my life. Now, I try not to worry about the future and focus on just enjoying being in the moment. 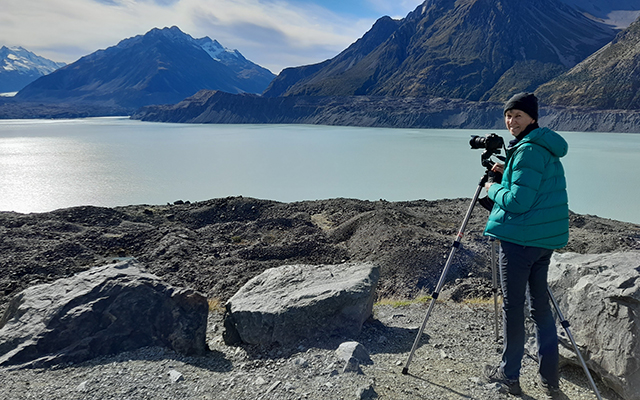 Since her Parkinson’s diagnosis, Robyn says she is focused on “enjoying being in the moment”.

What inspired the idea behind your novel, ‘Mary and Me’?

During the first Covid-19 lockdown in New Zealand, I came up with the idea of writing a novel as a way to raise awareness of the condition. I believed that, through writing my story creatively and threading information through the narrative, the reader could become informed, while also enjoying the story and becoming intimately involved in the characters’ lives.

Some years back, I undertook a course in creative writing and – following that – my first novel, ‘A Skylark Flies’, was published. ‘Mary and Me’ is my second novel. The experiences of the main character in the book, Rose, are based on my first-hand knowledge of Parkinson’s.

When I started writing, I also began to wonder what it would have been like to have experienced symptoms of the condition before it was classified as a disease – and from there, the character of Mary was created. Her character lives with Parkinson’s in the early 19th century, when people living with the condition were generally thought to be drunk, ‘insane’ or even ‘demon-possessed’, so they would likely have had to hide away.

I was also inspired by the life of UK surgeon and author James Parkinson, whose work established Parkinson’s as a medical condition. He was such an incredible man that I decided to also include him in the narrative.

How does fiction lend itself to an understanding about the experiences of people with Parkinson’s?

I think writing is an important vehicle to raise the profile of Parkinson’s. Good creative writing enables the reader to really get inside the head of a character and develop empathy for their situation.

Some people in Parkinson’s community who read ‘Mary and Me’ have said they felt the story validated their own journey. Family members have also found the novel helpful in giving them a better understanding of what their loved one is going through.

What piece of advice would you give to someone with Parkinson’s looking to undertake a creative project, such as writing a novel?

Just do it! Set yourself a goal, do the necessary training and have a go. But don’t expect it to be easy. The hardest part is having to dig deep and face the condition head on, reliving the emotions and feelings that you deal with after diagnosis. It’s a bit like peeling away the layers of an onion, but it is therapeutic and has helped me become more resilient. I liken it to running a marathon: a lot of perseverance is needed to cross the finish line.

The most rewarding thing is the sense of achievement in not only completing the book but receiving positive feedback. To know that your work is helping others deal with their diagnosis and encouraging them to live positively with the condition is hugely rewarding. It makes all the work that goes into writing the novel worthwhile.

To find out more about leisure and creative therapies, please visit the Parkinson’s Europe website.