Because I was relatively young and extremely fit, no one was looking at Parkinson’s as a possibility 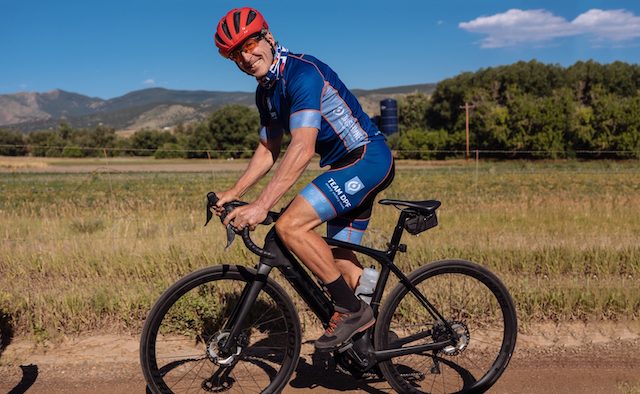 Tell us about your cycling career.

I started bike racing after witnessing a race in my hometown of Boulder, in Colorado, US. I was enthralled as the riders flew past – just inches from the spectators. After maintaining my amateur status to remain eligible for the Olympics (professionals weren’t allowed to compete in the games until 1996) I turned pro for the 1985 season. The highlights were two stage wins at the Tour de France in 1986 and 1987, an Olympic Bronze medal in the 1984 games and a US professional road title in 1991.

What was your experience of being diagnosed with Parkinson’s disease?

I was in Australia doing commentary on a cycling event for television back in 1999, when I started to tremor holding the microphone. The camerawoman asked what was going on to which I had no answer. Because I was relatively young and extremely fit, no one was looking at Parkinson’s as a possibility but, after following a number of false paths, a physiotherapist friend connected me with a neurologist who made Parkinson’s diagnosis.

I was saddened but also relieved to finally have a name to put on my malady.

However, 20 years ago there wasn’t the information, resources and support that are available now from organisations – like the Davis Phinney Foundation – or anything positive in tone to give a newly diagnosed person much hope.

At the time I’d been retired from cycling competition for six years, but had segued into a very busy professional ‘after’ life that included TV commentary, a sports marketing position with a cycling clothing company and work as a journalist for several magazines. My wife Connie and I also ran a successful cycling camp business, teaching groups of folks in Europe and the US. I was pretty much in perpetual motion. Recognising that my stressful lifestyle was not going to be conducive with long-term wellbeing, I ended up quitting my jobs in television and sports marketing, and Connie and I decided to move to Veneto, Italy.

We went back to basics, gaining a greater appreciation for simple pleasures like family, good food and friends. We lived there for three years and it was where I came to terms with my Parkinson’s to a large degree. 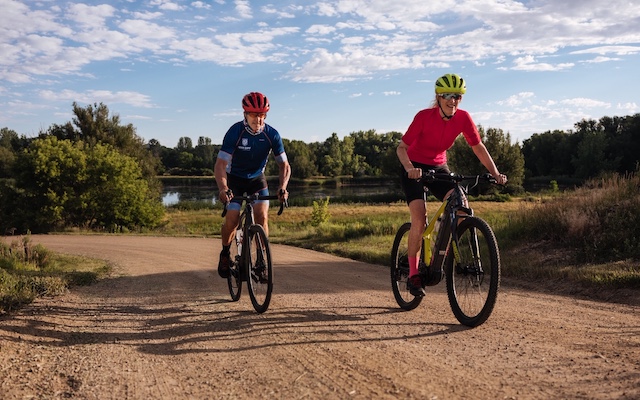 Davis Phinney lives in Boulder, Colorado, US with his wife, Connie Carpenter.

What motivated you to set up the Davis Phinney Foundation?

In 2004, while we were still in Italy, I got a call from a friend, Kathy Krumme, about participating in the Sunflower Revolution – a cycling-based event to support Parkinson’s research at the Neuroscience Center at the University of Cincinnati, US. Kathy had a keen interest in Parkinson’s as her father had the disease, so I agreed to participate. But in order to have charity status, the event needed a non-profit. Thus, the Davis Phinney Foundation was born.

In those days there was a conspicuous lack of information on improving quality of life and Parkinson’s. My doctors weren’t offering strategies or suggestions, advocacy organisations weren’t focused on helping people feel better, and many of the people that I’d encounter were passively waiting for a cure.

In 2020, we’ve made decisive pivots and brought most of our events online. This compromises our ability to connect with our community in-person but the upside is that, in this Zoom era, we can reach even more people with our message.

What has your experience of the Covid-19 pandemic been like?

This lockdown period has been tough on our community. Parkinson’s is isolating enough without us needing to be even more socially remote due to Covid-19 fears. Here in Boulder we’ve had an exceptional group of folks attending Parkinson’s cycling, singing, or boxing classes three to five days a week for several years now, but that’s gone on hold since March.

I feel that loss of community connection keenly. But my wife has helped keep me healthy through this pandemic and I’ve been able to walk and ride my eBike (a lightly motorised bicycle), for an hour or more on most days, plus do a 15 to 30 minute yoga routine every other day. That regimen has been invaluable to my maintaining my health and wellbeing.

Do you have any advice for managing Parkinson’s disease?

Be proactive, advocate for yourself with your neurologist and be self-aware – no one knows what you’re experiencing on your Parkinson’s journey as well as you do.

Exercise is essential. I realise that the term is broad and even off-putting to some, but it is an imperative to keep physically active, whether though walking, cycling or a formal fitness class for people with Parkinson’s, like yoga, boxing, indoor cycling, tai chi or dance classes. Research tells us that an exercise prescription is one of the best ways to slow Parkinson’s progression and retain physical and even cognitive function, as well as facilitating other functions, like sleep, digestion and mood. If your doctor gave you a prescriptive pill that could improve all those areas, without downsides, you’d fill that out in a heartbeat.

I don’t spend much time, if any, musing about things like a cure for Parkinson’s. I prefer to focus on the areas that I can positively affect – here and now. I love Parkinson’s community and there’s too many of us out there who are struggling. My ultimate hope is to reach out to them and be part of a solution for those in need. 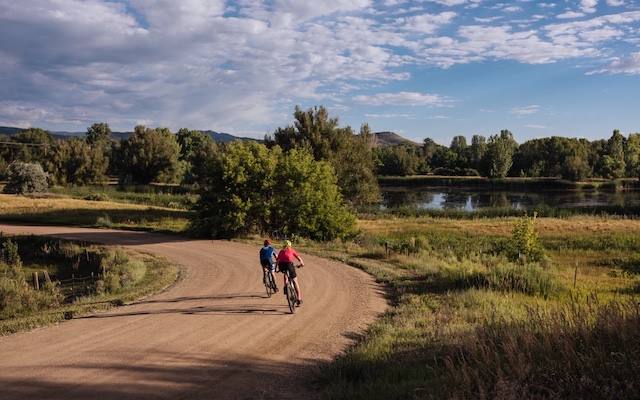 Davis Phinney says it’s essential to keep moving when you have Parkinson’s.

Davis Phinney was diagnosed with Parkinson’s disease aged 40, following a successful career as a professional cyclist from 1976 to 1993. He founded the Davis Phinney Foundation in 2004 to support others living with the condition.

Now 61-years-old, he lives in Boulder, Colorado, US. His wife, retired speedskater and cyclist Connie Carpenter, and his children Taylor and Kelsey are all involved in the work of the Davis Phinney Foundation.

Resources available through the foundation include the Every Victory Counts® manual and digital educational content including videos, podcasts, articles and a webinar series. Its Ambassador programme helps ensure people in communities across the US and Canada have access to the resources they need to live well with Parkinson’s. The organisation also funds quality of life research in areas including exercise, movement, telemedicine, nutrition.

Find out more about the Davis Phinney Foundation.

Because I was relatively young and extremely fit, no one was looking at Parkinson’s as a possibility

Learn more about a therapy service backed by Parkinson's Europe