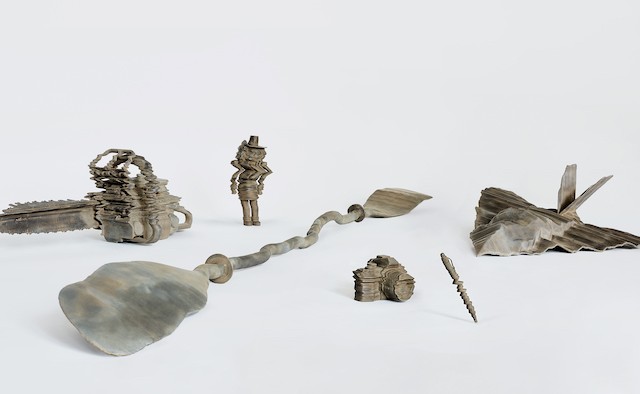 We talk to two of the creatives behind ‘Printed by Parkinson’s’, a Berlin-based art collection that saw 3D printers ‘affected’ with the data of six people with Parkinson’s in order to replicate their individual tremors – and visualise the everyday difficulties facing people with the condition

A team of creatives from Berlin, Germany, are combining art, technology and Parkinson’s in an innovative new fundraising project.

As part of the project, organisers asked six people living with Parkinson’s to choose an object that they found difficult to use due to their symptoms. The team then used kinetic and neurological data to create a 3D printer which mirrored their personal Parkinson’s symptoms, and printed each object in bronze – creating art that reflects their struggles with the condition.

We spoke to Reiner Gorissen and Marlon von Franquemont, the two creatives behind the fundraiser.

Hi, I’m Reinier Gorissen and this is Marlon von Franquemont. We’re creatives who work at INNOCEAN Berlin. We produce advertising campaigns for global brands, but also try to find projects that could help important causes.

We started the ‘Printed by Parkinson’s’ project after a colleague had two family members diagnosed with Parkinson’s. We realised that, like most people, we didn’t know anything about the condition – and we wanted to change that.

How did you come up for the concept of ‘Printed by Parkinson’s’?

R.G: While planning, we learned about Parkinson’s research projects conducted by Charité, one of Europe’s biggest university hospitals, and decided to put our minds together to support them.

We wanted to create a concept that would educate people about Parkinson’s and support the research at the same time. When we brought the ‘Printed by Parkinson’s’ idea to Charité, they instantly embraced it.

Who worked on this project with you?

M.V.F: The project brings the medical, tech and art world together. It was overwhelming to see how all involved parties embraced our initiative and worked long hours to make it happen.

Charité involved their patients by recording their data, production company MediaMonks was responsible for the 3D printing and the project’s website and creative content agency Cosmopola produced the photography and film material. As the initiator of the project, INNOCEAN Berlin created all marketing-related assets and organised the exhibition.

How was the data used to create the 3D models?

R.G: First, we recorded the kinetic and neurological data of the participants using electroencephalography (EEG) systems – which monitor electrical activity in the brain – and accelerometers at Charité.

The production company MediaMonks then turned the data into algorithms, devising one for each participant.

After a long period of testing, we managed to 3D print the objects selected by each patient while the printer was affected by their personal Parkinson’s data.

Why did you settle on 3D printing over more traditional art forms?

R.G: Parkinson’s is a very complex condition and most people don’t know how significant the impact of it is on people’s lives. By using technology and art, we were able to break through the clutter and also engage younger audiences. The art objects instantly give people an idea how Parkinson’s affects lives – and invite people to learn the stories behind the objects.

Why did you think using seemingly simple, everyday objects would make an impact on those outside of Parkinson’s community?

M.V.F: We believed that the collection would be most impactful if each object portrayed a personal story. That’s why we asked participants to name an object that represented a job, hobby or activity that was affected by the onset of their Parkinson’s.

Most people outside Parkinson’s community don’t know much about the condition. They often think it only affects older people and don’t know that Parkinson’s has more than 40 symptoms. The ‘Printed by Parkinson’s’ collection visualises the daily struggles that people have with simple tasks like using a pen or a camera.

How was the collection received by the general public, the participants involved – and by people with Parkinson’s?

M.V.F: The response has been great from all directions. The collection was shared on medical, tech and art platforms all around the world and was broadcasted on multiple TV channels in several different languages.

We also received great feedback from those who took part. On top of that, others showed interest in sharing their story – and we hope it inspires more people to be open about their condition as people must keep sharing their story to make the public aware of the condition.

How much money has been raised so far from sales?

R.G: We have received multiple bids, but unfortunately can’t reveal the digits. Let’s just say we’re very proud of the offers – all of which will go towards research at Charité.

Do you have any plans for further Parkinson’s-related art projects or campaigns?

M.V.F: Definitely. In fact, there are some projects on the way already. Hopefully we’ll be able to share them with you soon. 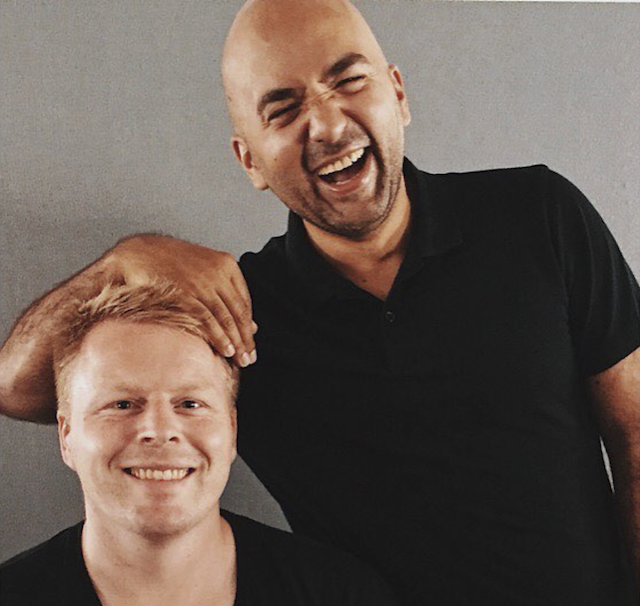 This collection was exhibited at gallery Alte Münze, in Berlin for one week in July 2019. For more information on the project, please visit the ‘Printed by Parkinson’s’ website.

For more information on the latest Parkinson’s and creative therapies please visit the Parkinson’s Europe website.

‘Performing arts helps shake off the burden of Parkinson’s’