It’s nice that I can be seen as a ‘normal 36-year-old’ by strangers but at the same time people don’t understand when I have slowness of movement, I’m struggling, tired or stumbling 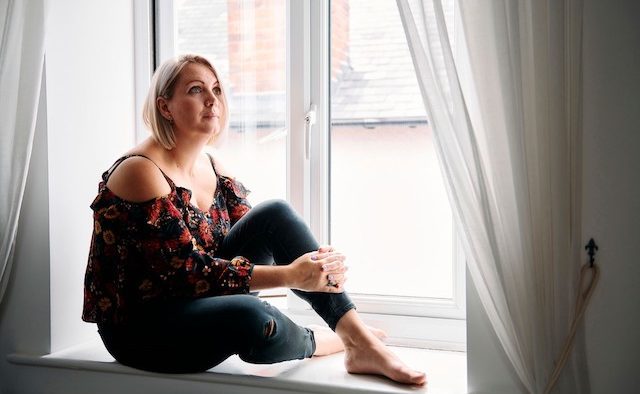 UK photographer Paul Meyler’s series, ‘Living with Early Onset Parkinson’s’, aims to raise awareness of the experiences of young people living with the condition. Three women who feature in his portraits share their perspectives on diagnosis, managing symptoms and challenging stereotypes

I don’t have any obvious outward signs. I have no obvious tremor, which is a blessing and a curse at the same time. It’s nice that I can be seen as a ‘normal 38-year-old’ by strangers but at the same time people don’t understand when I have slowness of movement, I’m struggling, tired or stumbling. The most annoying thing about Parkinson’s is the frustration I feel when my body doesn’t do what it’s supposed to do! It is very hard to explain to anyone without Parkinson’s disease.

Three years on I think back to my diagnosis. That moment when the consultant said: “You have Parkinson’s.” All I could think about was my little girls – “Is it hereditary? Am I going to die from it?”. The thought of leaving them was unbearable. I left the appointment bewildered, upset, shocked and with the task of telling my parents. Hundreds of questions were running through my head, but I had no idea of where to try and find the answers.

Despite all the frustration, anger and asking “why me?”, I’m determined to try to stay positive, live for now and try not to think too far ahead.

Someone once told me that women of 38 are at the busiest time in their lives – imagine having Parkinson’s to deal with too! Despite all that, this working mum will not let Parkinson’s take her spirit. 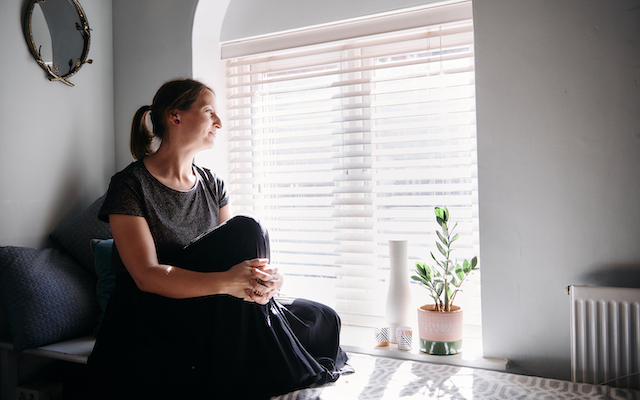 I saw my doctor a few times about a very slight tremor in my little finger before finally being referred to a neurologist. I’d say it took about 10 to 12 months from my initial appointment to my diagnosis. I had a gut feeling it was going to be Parkinson’s, purely based on the scans I’d had, and a phone call I had from one of the neurologists to say there had been an anomaly. My paternal uncle had Parkinson’s disease, but that is a coincidence – it’s not genetic in my case. I didn’t know much else about the condition on diagnosis.

The non-motor symptoms of Parkinson’s disease often go little noticed, especially in younger people. It can cause sleep issues, anxiety and depression, among other things. Parkinson’s is often depicted through the image of an elderly, shaking man, and people find it difficult to understand what it means, especially as I don’t ‘look ill’ – or not all the time! Life would be easier for me if I didn’t have to explain the ins and outs of my condition every time I tell someone I have Parkinson’s.

While I do try to raise awareness of young onset Parkinson’s – through my blog PD Mama, for example – I try not to let Parkinson’s be the focus of my life on a daily basis. I have two young children and they keep me very busy. My Parkinson’s has progressed in the past seven years since I was diagnosed, but it’s manageable with medication and an active lifestyle, along with as much positive thinking as I can muster. 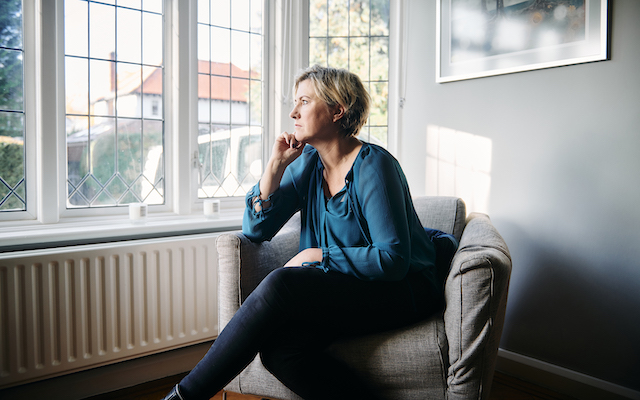 I was diagnosed 10 years ago – the process of being diagnosed started when I was 39 years old. I was expecting to be told to go on holiday because I was so tired all the time!

People still think Parkinson’s is an ‘old man’s disease’, which is not the case as more and more younger people are getting diagnosed. If you have been recently diagnosed, there are many young onset groups set up now. Go along and meet more people your age with Parkinson’s.

Once I was able to get over the shock of the diagnosis, I had to make changes to my life, which enabled me to live with the condition.

I used to worry about my tremor and used to try and hide it, which was hard work. After I started telling people about my diagnosis, life became easier.

Read our interview with UK photographer Paul Meyler and visit his website to find out more about the ‘Living with Early Onset Parkinson’s’ photography series.

It’s nice that I can be seen as a ‘normal 36-year-old’ by strangers but at the same time people don’t understand when I have slowness of movement, I’m struggling, tired or stumbling

Comedian Tony Hawks on his work with Cure Parkinson's Trust