‘Women and Parkinson’s: health and wellness’ the 13th episode of series two of the multi-award-winning Parkinson’s Life podcast, is available now on Apple Podcasts, SoundCloud, Spotify and Google Podcasts. 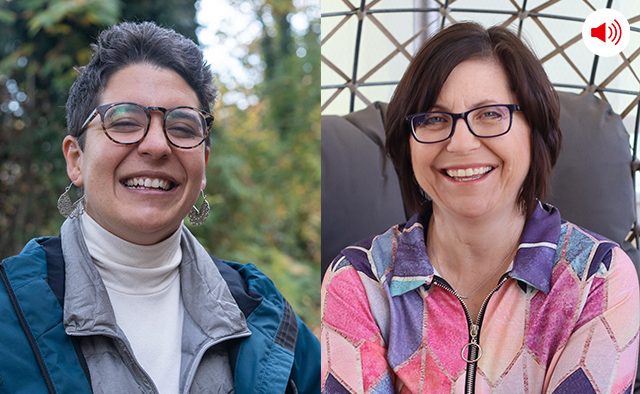 “I remember exactly the day I was diagnosed because it was very hard for me… I always say that a new version of me was born on that day.”

As Lucía Ferro was coming to terms with her diagnosis at the age of 35, the Spain-based doctor felt there was a lack of stories like hers in the public eye.

Speaking to US-based columnist and boxing coach Lori DePorter on a new episode of the Parkinson’s Life podcast, she says: “I want to share my voice as a woman living with Parkinson’s because when I was diagnosed, I felt so much loneliness. I missed personal stories like mine or yours, Lori.”

As a doctor, Lucía’s first reaction was to gather as much information as she could: “I started taking diary notes about how I was feeling – with exercise, what kinds of food were better and filled me with more energy.”

She found a link between her menstrual cycle and her Parkinson’s symptoms – including feeling a worsening of tremor and bradykinesia (slowness of movement) during premenstrual stages. 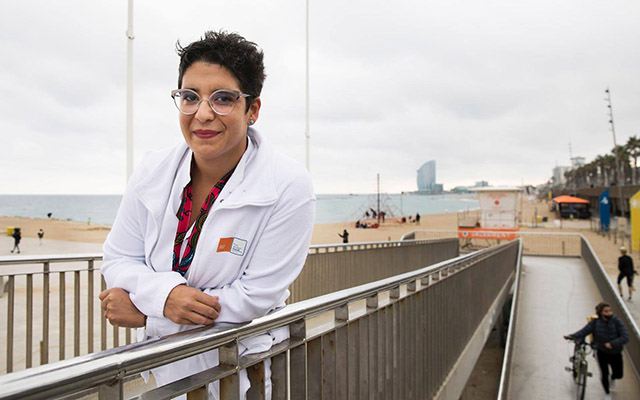 After Lori was diagnosed in 2014, she also realised that her hormonal cycle “had to have been affecting me, but I didn’t know”.

She recalls: “One of my MDS’s is a female doctor, and she told me, ‘Menopause is coming – don’t let every other doctor blame everything on your Parkinson’s!’”

With their conversation exploring changing careers, family dynamics and representation in the community, Lori and Lucía also share how they have responded to the stigma surrounding certain topics – such as menstruation and mental health difficulties.

“I hate the stigma attached to the mental part of things,” says Lori, who speaks candidly about her challenges with anxiety. “Because it’s not a weakness. It’s chemical. It’s real.”

Mother to three grown-up sons, she explains that she and her husband sometimes communicate through writing, to provide a place for them to “say stuff we can’t talk about”. 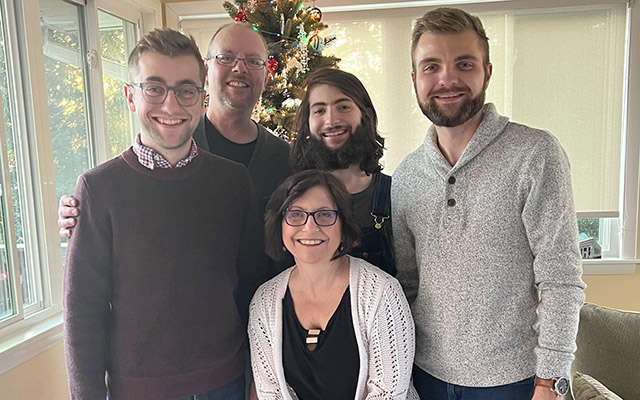 Lori DePorter with her husband, Mike, and three sons.

Lucía, meanwhile, has become more open about certain topics related to her health. “I think that there is a stigma about menstruation, because we don’t speak about it,” she says. “I would like to talk about things that we are not used to talking about. Because this is life.

“The ‘first version’ of me didn’t do that at all, but now I do it – because I feel it’s important to talk about these things naturally and with openness.”

To hear more from Lucía and Lori, tune into the latest episode of the multi-award-winning Parkinson’s Life podcast: ‘Women and Parkinson’s: health and wellness’.

For more information about living well with Parkinson’s, visit the EPDA website.

‘Women and Parkinson’s: health and wellness’ the 13th episode of series two of the multi-award-winning Parkinson’s Life podcast, is available now on Apple Podcasts, SoundCloud, Spotify and Google Podcasts.