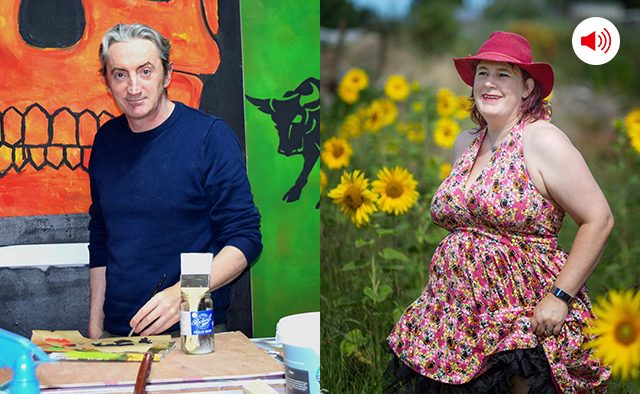 Has Parkinson’s impacted the way you approach hobbies and creative pursuits? In a new podcast episode, comedian Kitty Fitton and Parkinson’s Art founder Trevor Woollard discuss how the interests they’ve discovered since their diagnoses have changed their lives

When New Zealand-based blogger Kitty Fitton reached out to a Parkinson’s magazine, she had no idea it would lead her to standup comedy.

“I started getting really angry because there was nothing for young people with Parkinson’s,” says Kitty, who was diagnosed with the condition in 2016. She contacted the magazine editor to ask them about their coverage of Parkinson’s – but didn’t expect them to react by offering to tell her story.

What started as an article turned into an invitation to speak at a seminar. Her talk was met with a standing ovation – an impressive achievement for someone who had never done public speaking before. “I got asked to speak again and I just never stopped,” says Kitty. Since then, her comedy routines have focused on her everyday life, her family and her experience of living with Parkinson’s.

Trevor Woollard, the founder of non-profit organisation Parkinson’s Art, joins Kitty in the latest episode of the Parkinson’s Life podcast to share his experience of ‘pursuing passions’ while living with the condition. An IT project manager based in Buckinghamshire, UK, he discovered an artistic outlet unexpectedly, after being diagnosed with Parkinson’s in 2010.

“Around five years ago, I started to have creative urges,” he explains. “We’d been on a trip to New York – and seen the graffiti around the Bushwick Collective. So, I came back from there semi-inspired and picked up my first paint brush, had a go and was hooked really. What I noticed was that it allowed me to be creative and express myself and catch my emotions at the same time.”

While the guests are determined not to understate the challenges they face living with the condition, they feel that being diagnosed has impacted the way they approach these creative pursuits.

“Before I had Parkinson’s, I was a sporty person and not artistic in any way,” says Trevor. “Over time, my life has changed in some respects for the better – art is something I really enjoy, as I get to focus on being creative.”

“I saw [diagnosis] as a wakeup call to change my life,” adds Kitty. “This summer I learned how to climb up a big rock formation and leap off into the river. I got the top and leapt off eventually because I was quite scared. When I came back up, I was like: ‘I’m alive!’

“It just felt amazing. I challenged myself and it felt great. It’s a little crazy – but that’s what Parkinson’s has given me. It’s given me the can-do attitude that maybe I had – but didn’t realise how important it was.” 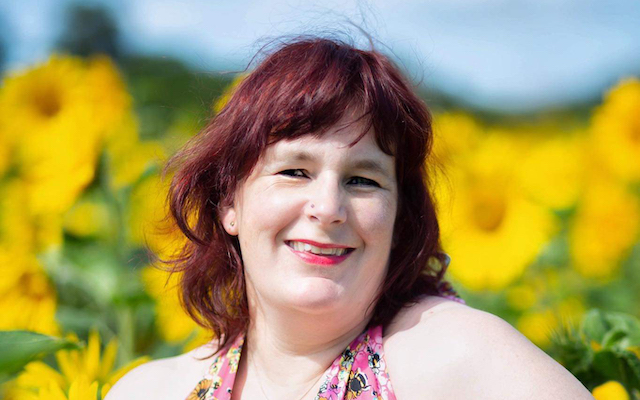 “The key for me is not to stand still”

Pursuing these projects has not been without difficulties. For Trevor and Kitty, maintaining motivation while juggling work and Parkinson’s symptoms can prove a challenge.

“There are days where I’m feeling low or apathetic, so I try to force myself to take small steps,” says Trevor. “The key for me is not to stand still. I know that if I stop, things can quickly get on top of you. I keep focused and know that if I just do a little bit of something today, it’ll help for tomorrow.”

So what advice would the podcast guests give to others who want to pursue their passions – whether that means comedy, art, writing or singing?

“Always ask and seek out help” says Trevor. “Make that first step. If things are difficult, reach out to people in Parkinson’s community – don’t think that you’re alone. Once you make those connections, you build friends for life.”

“If you don’t try, you’ll never know,” adds Kitty. “I never saw myself where I am right now. I would never have imagined I’d get up on stage and do a 15-minute comedy set. But I wouldn’t change a thing because my life is so much better and richer for making those changes and trying out new things.”

To find out more about living well with Parkinson’s, visit Parkinson’s Europe website.

A platform for creativity in Parkinson’s disease community