The day after a good night’s sleep, I’m buzzing. It makes such a difference

We kick off the new series of the award-winning Parkinson’s Life podcast with a conversation about sleep and Parkinson’s. Brian Magennis, a Parkinson’s advanced nurse practitioner, talks with married couple Cormac and Mary Mehigan about how their sleep has been affected by the condition – from insomnia to vivid dreams – and how people with Parkinson’s can get a good night’s sleep

“When Cormac was diagnosed, I thought that Parkinson’s was all about motor symptoms and a tremor and a shake. I never realised that there were these non-motor symptoms. What we’ve found is that Cormac’s movement isn’t too bad – but he’s had enormous issues with sleep.”

Mary Mehigan is talking about her husband Cormac’s Parkinson’s disease. The couple, who live in Limerick, Ireland and have been married for nearly 25 years, have been affected by Cormac’s sleep disturbance since he began experiencing Parkinson’s symptoms around six years ago. He was finally diagnosed with the disease in 2018.

They share their experiences in the first episode of the new series of Parkinson’s Life podcast – which brings together people impacted by the condition for a candid and often emotional discussion. The episode is part of a new campaign, Sleep Well, by Parkinson’s Europe.

Up to 90% of people living with Parkinson’s suffer from sleep problems, which can include insomnia, problems moving in bed and urinary issues, as well as hallucinations, nightmares and vivid dreams.

Cormac, a consultant in emergency medicine, sometimes physically acts out his dreams – leading to broken nights of sleep for his wife Mary. Kicking his lamp off the bedside table is a regular occurrence, he says. 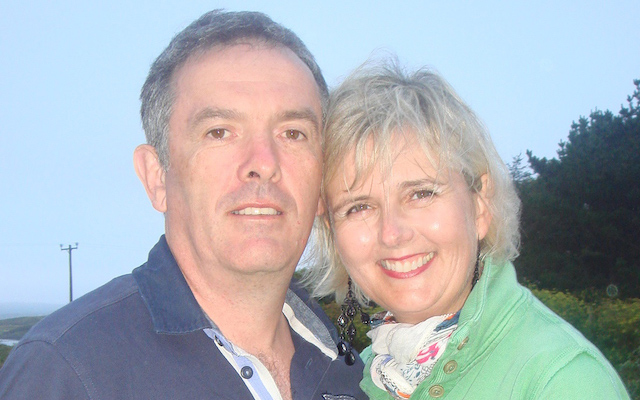 Recalling one of his earliest experiences of a vivid dream, in which he thought he was being chased by skeletons on a sleeper train, he says, “I turned around (to this skeleton) and hit him as hard as I possibly could across the face, and then woke up to [Mary] screaming beside me.”

Mary, a teacher, says she rarely gets a full night’s sleep and has struggled with tiredness at work. “It got so that I learned where to sleep in the bed, where to position myself and I could sense when he was about to kick off,” she says.

“It’s a big surprise. I thought all these Parkinson’s issues were Cormac’s issues and sleep was Cormac’s issue. But actually, it’s a shared issue for us.” She now keeps a sleep diary to track her sleeping pattern and how to improve it.

Getting a good night’s sleep

They are joined in conversation by Brian Magennis, a Parkinson’s advanced nurse practitioner from Dublin, Ireland, who is one of only four specialist Parkinson’s nurses in the whole of Ireland.

He has a close personal connection to the condition: his father was diagnosed with the condition when Brian was just 18 months old. “I don’t know my dad any other way except having Parkinson’s,” he says. “He’s been so positive and lived really well with it.” 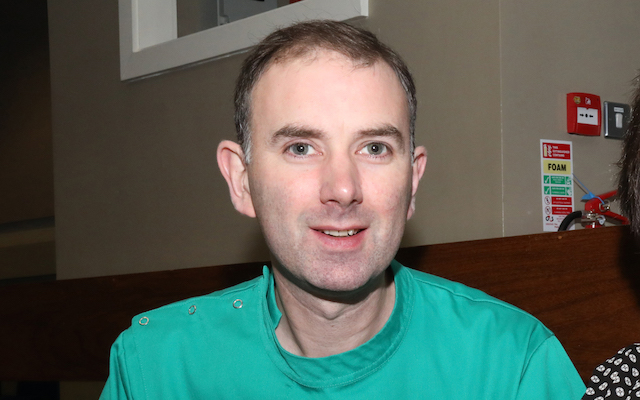 “It is very difficult,” he continues. “What usually ends up [happening] is that the partner moves out into a separate bed or a separate room. And that’s not good for the relationship.”

All guests agree that quality of sleep has a huge influence on other symptoms of Parkinson’s. “When people have a good night’s sleep,” says Brian, “they’re actually much better from a motor point of view.”

If you have Parkinson’s disease and find it difficult to sleep, you’re not alone. Up to 90% of people with the condition are similarly affected.

Identifying the root causes of sleep problems is the first step to solving the issue. Disrupted sleep can be due to a number of factors such as poor sleep hygiene, Parkinson’s symptoms or Parkinson’s medications.

Tips for sleeping well with Parkinson’s

“Avoid the high caffeine drinks, teas and coffees after seven or eight o’clock. If you’re prone to getting up and going to the loo several times at night, avoid drinks after seven o’clock as well.

“During the day, get yourself tired. Exercise. Do something and avoid those naps. The busier you are during the daytime without napping, the more tired you will feel going to bed.”

“Avoid having a TV in the room because you’re just going to end up watching TV and staying up late. The bed is for sleeping.

“You should be napping really in the early afternoon. A siesta is really good. The brain gets refreshed and the batteries get recharged. And it’s really good for people who have sleep trouble.”

“A space where people with Parkinson’s can speak their minds”

The day after a good night’s sleep, I’m buzzing. It makes such a difference