‘How to eat well with Parkinson’s’, the latest episode of the award-winning Parkinson’s Life podcast, is available now on Apple Podcasts, SoundCloud, Spotify and Google Podcasts. 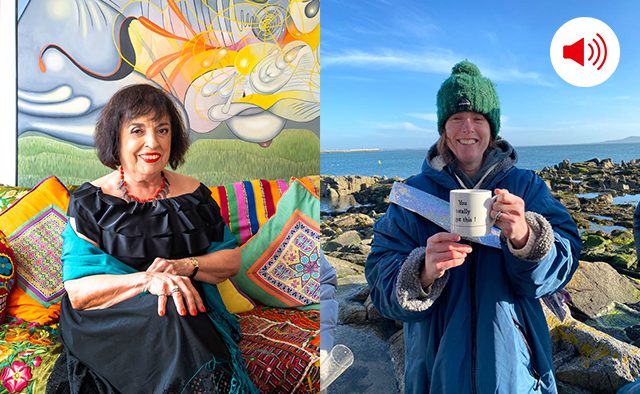 From singing in the kitchen to cooking on a budget – in a new podcast episode on the link between food and Parkinson’s, dietitian Richelle Flanagan and chef Zarela Martínez discuss favourite dishes and share top tips for those with the condition

Food is an indispensable part of our everyday lives – and what we eat can have an impact on our health and wellbeing. But are people with Parkinson’s paying enough attention to how diet can impact their condition?

“I think it’s one of the missing pieces of the puzzle in terms of helping people live with Parkinson’s better,” says dietitian Richelle Flanagan in the latest episode of the Parkinson’s Life podcast, ‘How to eat well with Parkinson’s’.

Richelle, who lives in Dublin, Ireland, was diagnosed with the condition in 2017. While she says diagnosis hasn’t changed her own approach to food, she doesn’t think that people with Parkinson’s know enough about nutrition. In fact, she explains, she recently worked on a survey in which just one out of 10 participants with Parkinson’s said they’d asked to be referred to a dietitian. 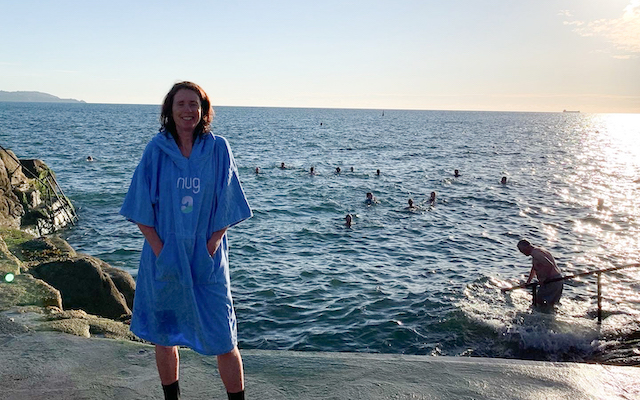 This resonates with US-based Zarela Martínez , who joins Richelle in this episode: “In my whole [experience of] Parkinson’s,” she adds, “nobody’s ever talked to me about nutrition.”

Zarela’s impressive career as a chef and author has seen her move from Mexico to New York City, US; open her own restaurant; launch a podcast with her son – and share her journey on her website, ‘A taste for life with Zarela’. Diagnosed with Parkinson’s in 2004, she has found ways to navigate the effect of her symptoms on cooking.

“I was discovered by Paul Prudhomme – he was a very famous Louisiana chef,” she explains. “A month after meeting him, he invited me to participate at this event. And I said to him, ‘I can’t go, I can’t even chop an onion like a chef’. He said, ‘You don’t have to. You’re the chef – just say, ‘Bring me a chopped onion!’.

“So that’s the way that I have dealt with my career. I get people to do all my prep for me, and then I come in and put it together and create the flavours.”

The “building blocks” of cooking

While both Zarela and Richelle share a fascination with food, they also acknowledge that people with Parkinson’s can face a variety of challenges in the kitchen – whether that means the impact of motor symptoms on preparing meals, loss of taste or staying in health on a budget.

“Knowing a lot of my friends with young onset Parkinson’s who maybe have jobs and kids and then Parkinson’s on top of it – fatigue is a big factor,” says Richelle. “Many of them end up resorting to processed or takeaway food because they’re just too exhausted to actually cook for themselves. And then on the other end of the scale, you might have people who are older who are really struggling with symptoms and the fatigue.”

Zarela says that using the idea of ‘building blocks’ can help make cooking a little easier, without compromising on taste. “I’ve developed this concept … because it can be very hard for people with Parkinson’s to come up with dishes,” she says. “So, let’s say a salsa, a pico de gallo – like tomato, onion, garlic, chilli and cilantro. I use that as a base to make other dishes.

“For instance, I sauté that and add eggs and tortilla chips – and I have huevos a la Mexicana. Or I sauté it and add zucchini, corn and cheese, and it’s delicious. Or I add spices like cinnamon and cloves and cumin, and I cook fish in it – and then you have my famous red snapper hash.” 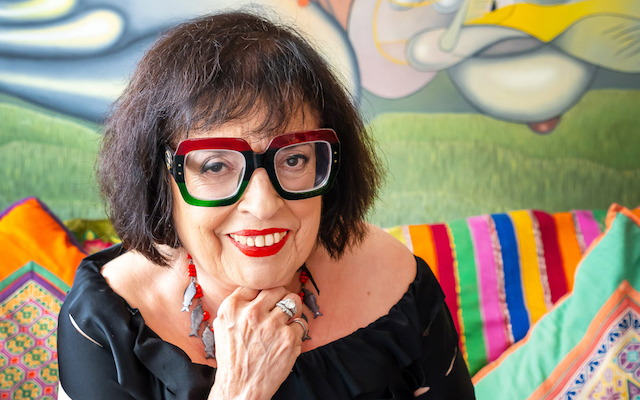 This perfectly complements Zarela’s flexible approach to cooking and eating: “My favourite dish is what I feel like eating that day!”

Richelle, meanwhile, emphasises the value of making the experience fun – no matter what you’re cooking: “I do like the odd time having a glass of wine and a bit of a dance while I’m cooking, particularly when people are coming to visit.” But, given her busy schedule and the presence of a “fussy eater” in the house, she jokes that her favourite dish at the moment is one that has been cooked for her.

How has Parkinson’s impacted your relationship with food? To hear more from our guests Richelle and Zarela on cooking, eating and nutrition, listen to the latest episode of the Parkinson’s Life podcast: ‘How to eat well with Parkinson’s’. And let us know what you think by leaving a review.

For more information on eating well with Parkinson’s, visit the EPDA website.

Have you listened to the Parkinson’s Life podcast?

‘How to eat well with Parkinson’s’, the latest episode of the award-winning Parkinson’s Life podcast, is available now on Apple Podcasts, SoundCloud, Spotify and Google Podcasts.