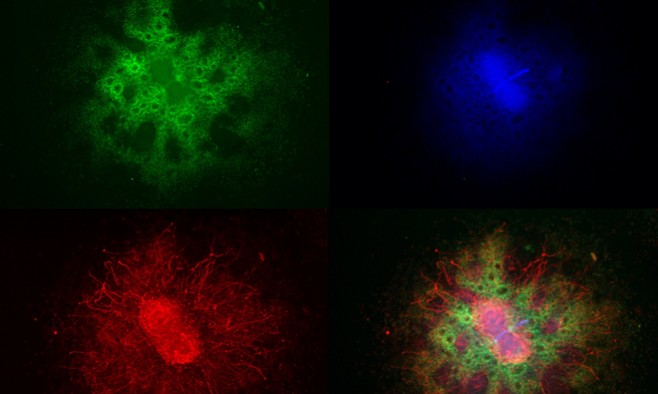 This gallery of stunning photos shows Parkinson’s disease from a microscopic, yet beautiful, perspective

The winning images of the annual ‘Picturing Parkinson’s’ competition have been unveiled. Organised by Parkinson’s UK, the competition is held in memory of scientist Dr Jonathan Stevens, a research supporter who was passionate about making new findings accessible and easy to understand.

The winning photo features a new gene that resembles a desert and is titled ‘The trail of the TIGAR – what lies behind’. The photographer, Karla Robles Lopez of the University of Sheffield, says that the TIGAR gene can be used as a signpost for sporadic Parkinson’s disease – and the related Lewy body dementia – in patients.

Brian Stevens, Jonathan’s father, who judged the entries with his family, said of the winning picture: “We think that the image and its description are the most interesting artistically. It represents a new area of scientific research, which we are sure that Jonny would have been interested in and would have enthusiastically supported.”

The gallery below shows some of the competition’s highlights.