We think that getting away from your habitual surroundings can be very helpful in dealing with Parkinson’s. 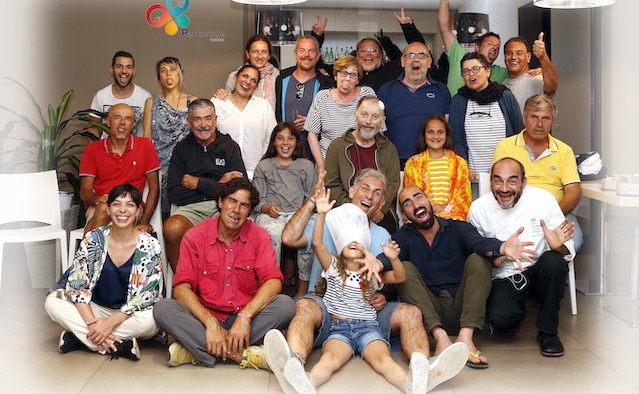 We spoke to theatre director Imogen Kusch – co-founder of Italia Parkinson’s charity ParkinZone – about how creative therapies, travelling and encouraging a thirst for adventure can help people with Parkinson’s

Our organisation started in 2001 as an experiment that originated from a friendship between a neurologist and a theatre director.

Nicola Modugno, the neurologist and I, the director, were talking about our jobs when we realised how therapeutic theatre work is for people facing difficulties – and we decided to design a class for people with Parkinson’s. We had observed that a lack of motivation and depression are two common Parkinson’s symptoms, so we decided to concentrate on those. I felt I had a lot to offer, as my work has always been about bringing emotions to the surface.

In the beginning, it was just me and a couple of people with Parkinson’s, but, slowly, our work became popular and more people started attending. We then teamed up with three other actresses and together we started delivering regular workshops.

Today we exist as a Parkinson’s charity – ParkinZone – and we have workshops located across Italy, including Rome, Venafro and Isernia. Our team of staff has grown to 10 actors, four dancers and a number of musicians.

In recent years, Dr Modugno and I have launched a new project called Sail4Park. We spend a week in Sardinia, Italy, with a group of 10-15 people with Parkinson’s and have sailing lessons in the morning and theatrical workshops and psychotherapy in the afternoon. This project is a big success for ParkinZone. It immerses people into sailing, theatre, music, nature, self-exploration, sports and socialising with others. Our staff are always on hand to help and participate in the activities too. 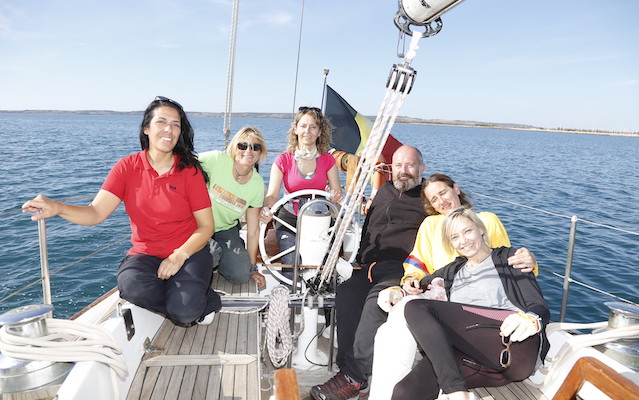 People living with Parkinson’s in Italy, I suppose like anywhere else, feel very lonely. In Italian communities, the mentality of what other people think is very important. As a result, patients tend to isolate themselves and feel ashamed and never at ease in a social situation.

One of our strengths is helping people see their Parkinson’s from another perspective. Through our activities, many participants have managed to feel less depressed and lonely. Logistically, we are also very strong. Our events and workshops are always challenging, and we try to change location often and work as much as possible in nature. We think that getting away from your habitual surroundings can be very helpful in dealing with Parkinson’s.

Fundraising is something we find difficult. It has always been very important to us that we pay all the artists involved in ParkinZone, but we don’t want to ask participants to contribute to those fees if they can’t afford to. Putting the two things together has often proved to be difficult.

We have received sponsorship from the pharmaceutical industry in the past, but it never became regular. Most of our income comes from private donations and from the ParkinZone participants themselves. 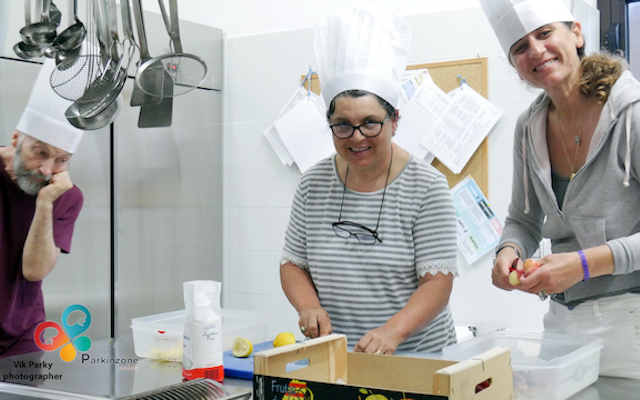 A demand for alternative therapies

Very few people actually know what Parkinson’s is until they have a friend or family member diagnosed with it. For us, dealing with the patient’s family is very important and we try to give them a sort of ‘parallel therapy’. Family members of those living with the condition are often totally overwhelmed and can find it difficult to find the right support.

I think the best thing we can do is help people with Parkinson’s to get out there and participate in life because they have a special perspective that can help the rest of us. Involving Parkinson’s community in sports, theatre, music and travelling – and encouraging them to go on adventures and have a good time with friends – is what they need to feel a bit better.

To find out more please visit the ParkinZone website.

We think that getting away from your habitual surroundings can be very helpful in dealing with Parkinson’s.

A simple summer recipe for people with Parkinson’s disease

Chef Zarela Martínez shares how to make a refreshing salad