500,000 people with Parkinson’s is a huge number, but it is very abstract 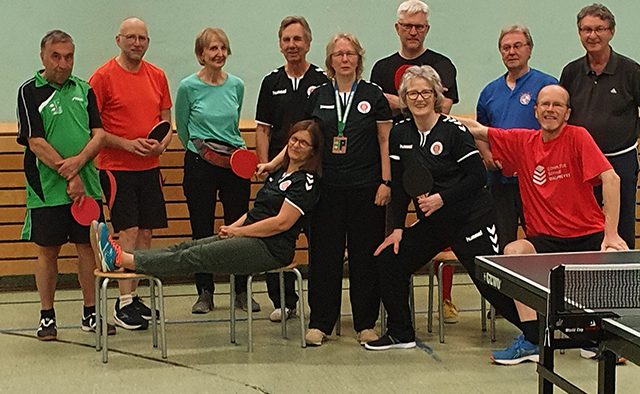 May Evers of the PD Avengers tells us about joining forces with other Parkinson’s groups in Germany, Switzerland and Austria – and launching a two-month long competition to encourage people with Parkinson’s to stay active

“Life for people with Parkinson’s would be so much easier if others were more aware of this condition.”

That’s why Germany-based campaigner May Evers is one of the founders of AktivZeit: a competition designed to encourage people with Parkinson’s to stay active, unite Parkinson’s organisations under “one umbrella” – and raise awareness beyond the community.

“People love competition, don’t they?” says May, who is a member of PD Avengers and trustee to the Hilde-Ulrichs Foundation for Parkinson’s research. “So, we hope that this will get people hooked. Of course, team spirit is equally important, as is social interaction and the fun factor.”

So, what is the competition all about?

“We are asking people to count the time they spend exercising, to help us meet a goal of 500,000 total minutes in two months,” May explains. “One minute stands for each person thought to be living with Parkinson’s in Germany, Switzerland and Austria.”

The European collective behind the initiative includes groups from each of those countries, including PD Avengers, Move4YPD and Parkinson Journal. “Many support groups, organisations, clinics and therapists have committed to join,” says May, “also from the non-Parkinson’s side – outdoor influencers and podcasters among them.”

How to take part

Anyone can join the competition, says May: “Just go to the AktivZeit website, log your first minutes and register with your email address.”

The website also includes a calendar of events happening throughout the two months, giving participants a chance to take part in group activities to add to their minutes.

“Many therapists and sports exercise specialists are offering free courses, online and on the ground, during the two months of the campaign,” says May. “So, people with Parkinson’s can see what there is on offer for them and will hopefully keep up the exercise.”

There is flexibility around what that exercise might look like, helping to ensure that those with more limited mobility can take part. “Basically, anything that keeps them moving and helps improve their quality of life can be recorded,” says May – including table tennis, walking, cycling or horseback riding, among other activities. 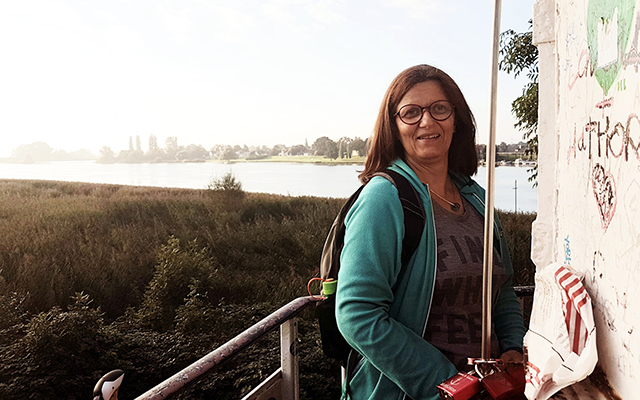 May says that exercise is a “central therapy” for her in managing her condition.

For May, exercise has been a crucial element of managing her own Parkinson’s. “I have learned that I feel much better when I exercise, and that it is more important the more condition progresses,” she says.

Among the sports she enjoys are hiking, yoga and qigong – a system of coordinated movements, breathing and meditation. She also leads a daily dance and support group called Tanz den Batman and plays table tennis with the group PingPongParkinson Germany. “It is the central therapy for me, apart from medication,” she says.

Since her diagnosis, May – who lives with her son in Hamburg, Germany – has learned to “concentrate on the positive aspects of life and let the bad days and experiences and pains go”.

She hopes that AktivZeit will help raise awareness of Parkinson’s, and that campaigners around the world “can manage to be loud enough to be heard and understood outside Parkinson’s community”.

“We need solidarity and support to move forward and bring about positive change in the lives of people with Parkinson’s,” she says, “but also a better understanding of how this disease behaves in different groups – including different age groups, ethnic groups and genders – so that we can find a cure, or even better, prevent the disease from happening in the first place.”

Watch: 13 People with Parkinson’s on the impact of exercise

How much exercise should people with Parkinson’s do each week?

500,000 people with Parkinson’s is a huge number, but it is very abstract