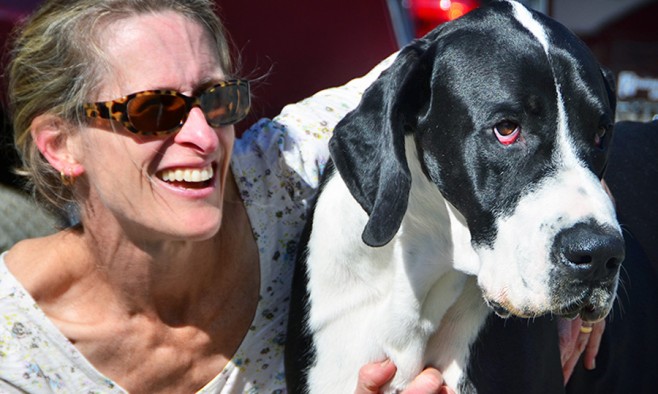 I call him Tommy most of the time unless I’m calling him in from the yard. Then he’s ‘Tommy-loohoo’, which invariably brings all 145 pounds of him bounding through the door and sitting up beside me.

It’s vital that Tommy listens to my voice and comes to me when I call because he is my service dog. It’s also essential that he’s a big boy because he’s a mobility service dog.

That means when my Parkinson’s body gives in, I can use his sturdy frame to lean, tug, hoist, steady and pace myself. It’s of no importance that he’s undeniably handsome. That’s simply a bonus!

More than a canine

Tommy and I met after I’d just passed the decade marker of living with Parkinson’s. Meds started to fluctuate and pass into the unpredictable zone. If I wanted to remain upright and moving forward, I needed to add another leg or two. I chose to add four.

In the three years we’ve been together, I’ve often introduced him as my ‘Furry Four-legged Cane’. His training as a mobility service dog means that he walks beside me to steady my gait, braces when I stumble, stands firm when I wobble, steps me forward when I get stuck. He has moved me out of freezes, off chairs, up from the floor, down grocery aisles, and across airports like no cane could. Or, should I say, like only a canine can. He also has a great deal more personality. 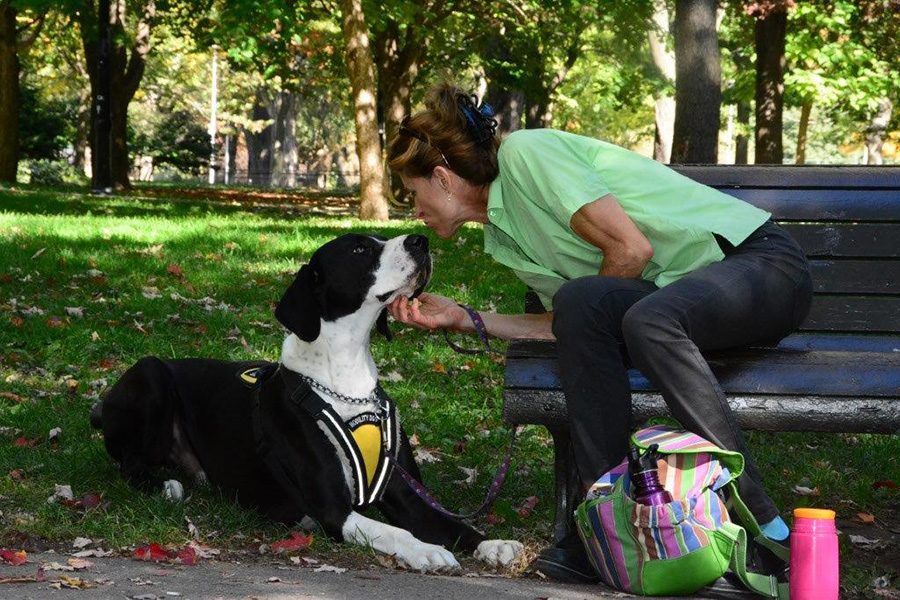 Admittedly, there are quirks mixed in with that personality. There’s the puddle incident, for example. I discovered that he doesn’t like puddles and leaps over them. I happened to be holding onto his harness at the time. Now, on rainy days, I refer to him as ‘Tommy Talulah’ – Talulah is Native American for ‘leaping waters’ – and I’ve learned to go around puddles.

There, too, is charm. How he wags and bows his head each time I strap on the harness that I hold onto while he steadies my step. The way one eye watches me from his bed until I’ve settled into mine.

Tommy charms wherever he goes, too, which can be an issue. Despite his vest with ‘Ignore Me’ and ‘I’m Working’ patches, people stop to ask us about him everywhere we go. When they ask his name, I’ve been known to make up a few. Ralph. Diggity. Jehoshaphat. L’il Doggie.

If someone starts calling his name, which is what happens when I answer that question, he gets distracted from his job of keeping me upright. He doesn’t know a Ralph (nor a Diggity) so his attention stays on his work.

And, no, he’s not always working. He gets to romp, sniff and pounce. Still, if I get stuck and need him, that’s all I need to say: “Tommy: Need You”. And he sidles up beside me.

A service dog requires more work than a cane. Canes don’t poop or need to go to the vet. But with all that Parkinson’s takes from us, I’ve discovered that adding a service dog has given me more than just a canine.

In the words of Naomi Shihab Nye in her poem about loss, she could have been referring to another name for Tommy: “. . . only kindness . . . raises its head from the crowd of the world to say … it is you I have been looking for, and then goes with you everywhere like a shadow or a friend.” 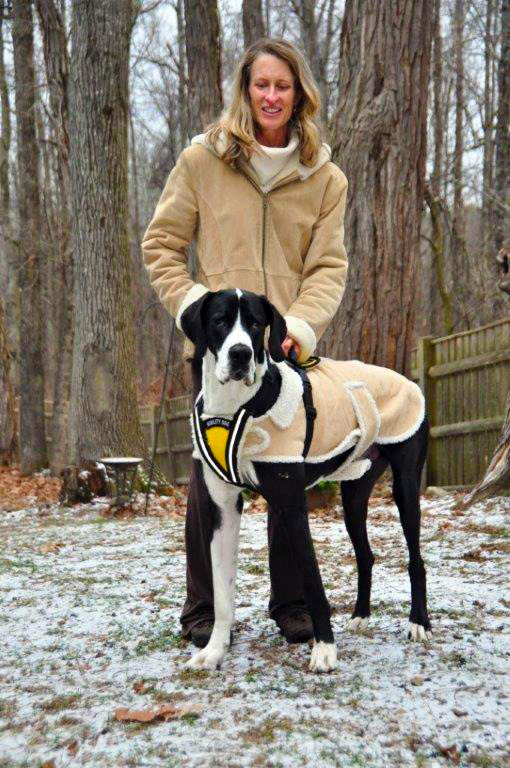 Find more information on service dogs via the links below: