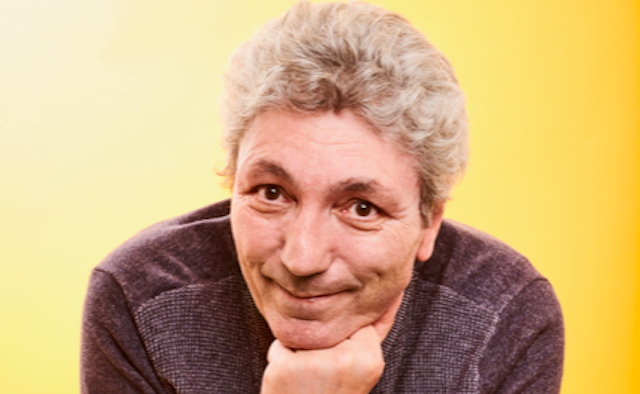 The BBC has announced the release of a new, one-off romantic comedy about people with Parkinson’s, written by comedy legend Paul Mayhew-Archer

The 90-minute film by Paul Mayhew-Archer, who was diagnosed with the condition in 2011 and is best known as the co-creator of iconic British comedy ‘The Vicar of Dibley’, will focus on two people who fall in love after meeting at a Parkinson’s ballet class.

Mayhew-Archer was inspired to write ‘But When We Dance’ by his own experiences at similar dance classes, organised by the English National Ballet and thought to greatly improve Parkinson’s symptoms.

Commissioned by the BBC as part of a strategy to increase on-screen representation, the drama follows Mayhew-Archer’s 2016 award-winning documentary about the condition, ‘Parkinson’s: The Funny Side’, and his hugely successful one-man show ‘Incurable Optimist’ – based on the lighter and more comedic elements of living with Parkinson’s.

In an interview with Parkinson’s Life in 2018, the writer emphasised how important it is to keep laughing in the face of serious illness.

“Laughing at my Parkinson’s has enabled me to start talking about it properly. It’s allowed me to have the kind of conversations that I wish I’d been able to have with my mother, who had cancer throughout my teenage years and died when I was 20.”

It’s an approach he has taken with his new film, commenting: “People with Parkinson’s are also funny and loving and irrepressibly optimist, and I know this because I’m one of them.”

The drama, which is due to begin filming in Spring 2020, will be written, directed and produced by some of the biggest names in UK film and TV, including Jonny Campbell – director of iconic sci-fi dramas Doctor Who and Westworld.

Producer Hilary Bevan Jones told Parkinson’s Life that filming will begin next spring on the “entertaining, uplifting and very moving film”, which will include on-location shots from the English National Ballet. She added: “Paul has approached the subject with his characteristic humour.”