One of the interventions offered is a Personalised Game Suite with 14 games. The games were designed and developed mostly by engaging people with Parkinson’s as co-designers and co-creators 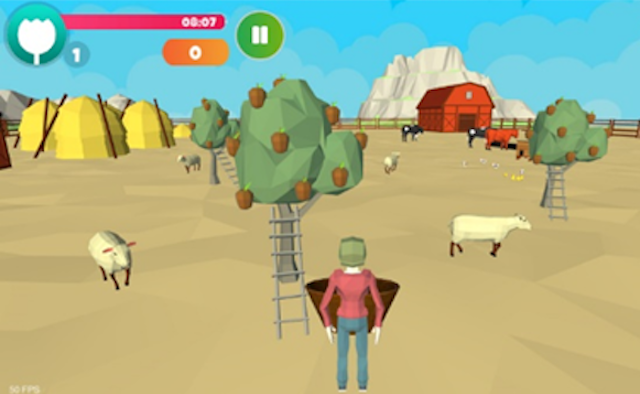 We hear from research assistant Dr Sofia Balula Dias from Portugal on a European initiative that uses tech to detect and treat Parkinson’s symptoms “as early as possible”. She tells us how the gaming suite in the i-PROGNOSIS mobile app can help improve physical and emotional symptoms of the condition – and why game related treatments could be adopted by healthcare professionals in the future

What is the i-PROGNOSIS project?

The project involves 11 partners from six European countries: Greece, Belgium, Germany, Portugal, Sweden and the UK. Our aim is to develop an information and communications technology (ICT) based behavioural analysis approach for capturing and countering Parkinson’s symptoms as early as possible. I’ve been working on it for four years.

What has the project created so far?

The project has developed a mobile app that collects various data as users use their smartphones and smartwatches. This data can be used to detect gait, early minor tremor, voice degradation, masked-faced features, rigidity and more.

All data is analysed by the i-PROGNOSIS platform and a unique behavioural vector is generated for each user. It uses artificial intelligence to estimate the risk of Parkinson’s and high-risk users are prompted to visit a doctor. If a user does have Parkinson’s, they can use the available intervention tools.

One of the interventions offered is a Personalised Game Suite with 14 games. The games were designed and developed mostly by engaging people with Parkinson’s as co-designers and co-creators. In general, Parkinson’s patients were excited to participate early enough in the design and gave valuable feedback in game categories, namely: physical activity (ExerGames), dietary (DietaryGames), emotional (EmoGames), voice and handwriting (Handwriting/VoiceGames). The main goal was to co-create games that are useful for their health and wellbeing and fun at the same time!

How can playing video gameshelp people with Parkinson’s?

Our team believes that by individualising the information, based on automatically sensed and processed data from intelligent game-based learning environments, we can enable Parkinson’s patients to understand their own health and its challenges. Having that understanding can help them develop their own appropriate action plans and have the self-confidence to improve their own health.

The Personalised Game Suite aims to provide those with early identified Parkinson’s with novel ICT-based interventions to reduce Parkinson’s related risks such as frailty, falls and depression – and increase their quality of life.

Could video games ever be prescribed as a Parkinson’s treatment by doctors?

Yes, in the near future we expect that the games application can be adopted by doctors and health professionals.

We are expecting to perform a final user evaluation of the i-PROGNOSIS interventions in January 2020 to obtain extra feedback from Parkinson’s patients, in order to ensure that the games application is easy to use. As Parkinson’s affects more than 6.3 million people worldwide, the Personalised Game Suite could play a major role in combating the wide spectrum of associated unmet needs.

One of the interventions offered is a Personalised Game Suite with 14 games. The games were designed and developed mostly by engaging people with Parkinson’s as co-designers and co-creators