Up to 60% of people living with Parkinson’s are affected by psychosis at some point in their life, however, there are currently no medications licensed in the UK to address this distressing symptom 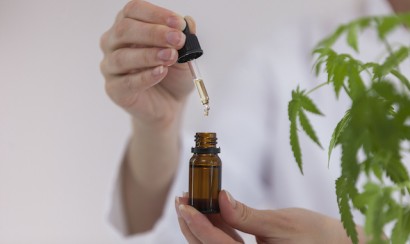 A pioneering new clinical trial will test the efficacy of cannabis oil as a potential treatment for Parkinson’s.

Led by charity Parkinson’s UK – who invested UK £1.2 million into the project  – and university King’s College London, the large-scale trial will take place in 2020 over a period of three and a half years.

Researchers believe it could provide vital evidence that cannabis oil, also known as ‘CBD’, can improve Parkinson’s-related psychosis and hallucinations.

Talking to Parkinson’s Life, director of research at Parkinson’s UK Dr Arthur Roach emphasised the need for a treatment for hallucinations:

“Up to 60% of people living with Parkinson’s are affected by psychosis at some point in their life, however, there are currently no medications licensed in the UK to address this distressing symptom.”

Parkinson’s UK also stated a concern at the increasing number of people purchasing and using unregulated, expensive cannabis oil with little evidence that it is working effectively.

An appetite for alternative treatments for Parkinson’s

A Parkinson’s UK survey has found that that people living with Parkinson’s would continue to, or start using, cannabis-based products if there was strong enough evidence to prove its safety.

“We found that 26% respondents had already used cannabis-derived products for their Parkinson’s” explained Dr Roach. “We know that people with Parkinson’s want to know more about this area of research.”

This year has seen a change in UK law, with medicinal cannabis prescribed legally for the first time – the result of a high-profile case in which a mother fought to treat her son’s severe epilepsy.

Despite the new legislation, UK clinicians have been slow to prescribe cannabis-based medicines due to the lack of solid clinical evidence available on its safety, causing groups to call for better access to the treatment.

The study is the latest in a series of trials from the Parkinson’s Virtual Biotech scheme, an arm of Parkinson’s UK dedicated to filling the funding gap in drug development – and fast-tracking projects with the potential to transform the lives of people with Parkinson’s.

Dr Roach said: “We hope this clinical trial, which is one of the largest and most robust studies of CBD carried out in Parkinson’s anywhere in the world, will provide much needed evidence in the treatment of Parkinson’s-related psychosis and help plug this knowledge gap.”

Up to 60% of people living with Parkinson’s are affected by psychosis at some point in their life, however, there are currently no medications licensed in the UK to address this distressing symptom