My faith has been tested and has actually become stronger. 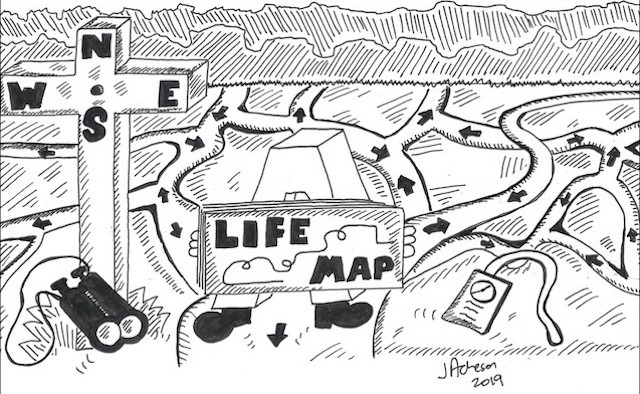 Three years ago, Jonny Acheson, a doctor based in Leicester, UK, decided to “draw the story of his diagnosis”. Since then, he has been sketching out his Parkinson’s symptoms, as well as using them to produce a series of short films about the condition – one of which is from the perspective of his nine-year-old daughter.

We talk to Jonny about the difficulties of working in a busy A&E department with Parkinson’s, how his faith gives him strength – and what a child’s perspective can reveal about the condition

Hi Jonny, can you introduce yourself to our readers?

I was diagnosed with Parkinson’s disease in 2016 at the age of 41. When I heard my neurologist say the words ‘Idiopathic Parkinson’s disease’, it felt like someone had pressed the pause button on my life. It came as a complete surprise. I felt numb for weeks; it was like a bereavement.

Did the diagnosis affect your work as a doctor?

Working in an Emergency Department with Parkinson’s disease posed some unique challenges. It was a busy, stressful and highly sensory environment that required me to multitask and interact with a lot of people at once – and of course make rapid decisions about patients. I found it difficult to continue in my role as it was making me very fatigued, and my symptoms were getting worse due to the intensity of the work in front of me.

In June 2018, I changed position and I now work in the Emergency Department Observation Ward. I am responsible for doing ward rounds during the week which is much easier to manage as it involves less high-pressured decision making, in a less stimulating environment. 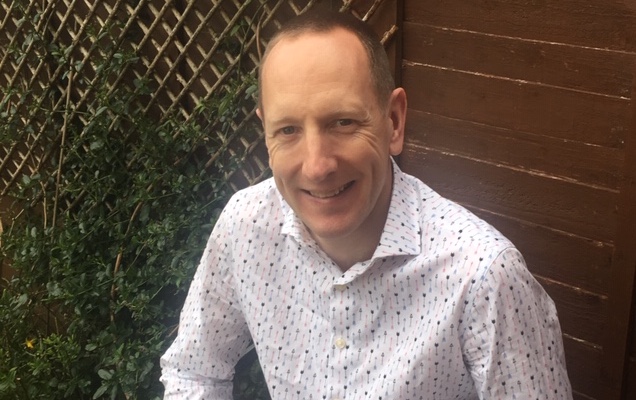 Why did you start drawing about Parkinson’s?

One day I decided to sketch a picture on the back of a napkin, after remembering something my daughter had said a few weeks before. She recognised that I didn’t like to be rushed when I was getting ready at the bottom of the stairs to drive her to Girls’ Brigade (a Christian youth organisation). A few weeks later I sketched this scene out properly and then I thought I would start to draw the story of the diagnosis.

Have you always been interested in art or was this a new hobby?

I was always interested in art and drew a lot as a child. When I was at university, I actually illustrated a book for my wife which detailed our five years at medical school together – including how we met.

My process is not particularly high-tech, I simply use a pencil and rubber to sketch the picture onto A5 white paper and, once I am happy, I go over the pencil with a series of black outliner pens. I then scan it into my computer and crop the image as needed. Initially each picture that depicted a scene post-diagnosis had two red tulips in it to represent the worldwide symbol of Parkinson’s.

Each drawing can take between 30 minutes and two hours depending on the detail. With the help of my daughter, I created a YouTube video ‘My Dad: his Parkinson’s through my 9-year-old eyes ’which contains 26 of my drawings. That took about four months to put together and edit.

Does your Parkinson’s make it harder to draw?

My symptoms are mainly on my left side and I am right handed so Parkinson’s hasn’t hindered my ability to draw or create as yet. I think subconsciously I am aware that this may not always be the case, so I will continue to draw while I can. I have drawn at various times of the day, early mornings are harder but evenings seem to work the best, usually when I am sitting on the side of a swimming pool with my children.

You mentioned your video ‘My Dad: his Parkinson’s through my 9-year-old eyes’, did you enter that for the World Parkinson Congress Video Competition?

I certainly did. The judges announced the top 12 videos to be shown at the WPC conference in Kyoto, Japan and I was thrilled when I found out that I’d made the list of finalists.

Why did you decide to do create a film about Parkinson’s from the perspective of a nine-year-old?

My daughter was six-years-old when I was first diagnosed and over the last three years she has increasingly asked more questions about Parkinson’s disease – usually at bedtime. One weekend, I was tired and kept walking into the door frame as I would misjudge it. Anna had watched this happen about five times throughout the day and whilst going into her bedroom that evening, she walked into the doorframe and hit her right shoulder. When I asked her what happened she just replied, ‘It was to make you feel better Dad.’

That was the moment I knew I had to create the film through her nine-year-old eyes.

What do you think this unique perspective reveals about Parkinson’s?

It shows that children are dealing and growing up with Parkinson’s as well, and that they deal with it in their own way. I think children who are growing up with parents who have a chronic disease are more perceptive than adults give them credit for sometimes.

Can you talk us through your other video, ‘From Tremor to Trust’.

I was asked by my church whether I would be willing to give a talk one evening on what my life has been like over the past three years since my diagnosis – and what part having a faith has had in that. As part of the preparation, I started to draw and sketch that aspect of the story which concluded in me making the ‘From Tremor to Trust’ video.

How does your faith help you deal with your Parkinson’s?

I have had faith since my mid-teens but over the past three years since diagnosis, it has been tested, and has actually become stronger. After diagnosis, you question everything. However, my faith shows me that the one thing that is unchanging and constant is God and his love for me. It gives me strength for today and hope for tomorrow.

What are your plans for the future?

I don’t plan too far ahead. I previously used the phrase one day at a time, but I have recently split that into morning, afternoon and evening.

You can view more of Jonny’s art via his website.

My faith has been tested and has actually become stronger.