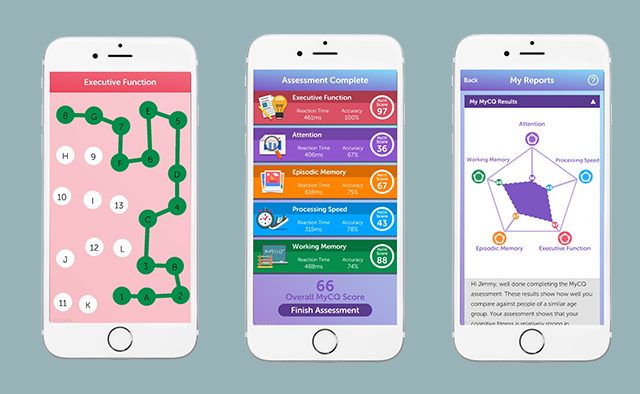 We talk to Keiron Sparrowhawk, neuroscientist and founder of MyCognition, which helps people with Parkinson’s disease independently train their memory, concentration and focus. He tells us how the app can help slow cognitive decline, give people the “opportunity to help themselves” – and why it has seen a rise in downloads during Covid-19

MyCognition is a cognitive training app that improves your mental health and has been approved by the UK’s National Health Service (NHS). The app focuses on the five core cognitive domains: attention, processing speed, episodic memory, working memory and executive function. Through daily cognitive training, the app improves your memory, concentration and focus. In turn that helps to improve your mental health, performance and quality of life.

I have battled with my own mental illness, which has spurred my passion to support others through health tech. As chronic diseases of aging become a reality for people who have used technology for the majority of their lives, digital health will play a major role in empowering patients to self-manage their health and take more control.

How does cognitive decline impact people with Parkinson’s disease?

In early stages of Parkinson’s, dopamine levels in the brain’s cortex rise to compensate for loss of dopamine in other areas, and this adversely affects cognitive abilities. In later stage Parkinson’s, cognitive deficits may become so severe that a clinical diagnosis of dementia is given.

This level of cognitive decline interferes with a person’s ability to conduct activities independently and strongly reduces people’s quality of life. Cognitive decline

also increases the burden on caregivers and often results in institutionalisation, and high social and healthcare costs.

It is important to note that a diagnosis of Parkinson’s disease does not define a person, and the challenges that patients face can be compensated for. Just because you are diagnosed as cognitively impaired, that doesn’t mean you can’t use your brain. Stimulating different areas of your brain with cognitive training exercises will help keep your mind active and therefore less likely to experience deterioration – just like someone with a physical disability who practices muscle exercises in bed, though they may not be able to run around, will preserve muscle function for longer.

In what ways can the MyCognition app improve the lives of people living with Parkinson’s?

Using the app to train cognition, reduce stress and encourage a healthy lifestyle means that progression of cognitive decline is slowed. It involves no clinical intervention and yet, with the resulting improvements in cognition, individuals are able to take back control of their own brain and body, improving their quality of life.

The results also have important health and economic implications because patients are able to use the app independent of their practitioner – empowering patients while potentially saving international health systems, including the NHS, both time and money.

How has the app impacted people with Parkinson’s disease so far?

Finding a non-clinical, affordable intervention that individuals can action every day helps to put a person back in control of their body.

In a clinical study conducted by Radboud University Medical Centre, the Netherlands, 21 participants with Parkinson’s disease made regular use of MyCognition – which included a cognitive assessment and the therapeutic video game, AquaSnap. The participants played the game on their device, with little or no supervision, on a routine basis in their own homes for at least three times a week for 24 weeks.

The research revealed that patients who used the app regularly for 24 weeks, compared to a controlled group of 20 participants in a similar condition who didn’t use the app, reversed the decline in their global cognition – that is their memory and their ability to concentrate, make decisions and learn new things.*

These results are fantastic news for people with Parkinson’s disease and their carers. As well as the positive efficacy outcome revealed in the study, the app received an 87.5% satisfaction rate amongst the patients who tried it, while three quarters said they would recommend the programme to other Parkinson’s patients.

Why are apps like MyCognition particularly important during the Covid-19 pandemic?

The Covid-19 pandemic has been an extremely stressful time for all of us. The fact that we’ve had to put so much face-to-face contact on hold has led to health tech stepping up and showing its full potential. According to the NHS Good Thinking website, MyCognition has seen a 184% rise in downloads when compared with March 2019, as people turn to new ways to improve their mental health.

What is the future of MyCognition?

MyCognition is continually evolving its technology to better support users to maintain longevity of their cognitive health. As it is used more regularly with older people facing cognitive decline, content will be ‘user-adjusted’ to make the app more relevant to the specific challenges faced. MyCognition is also working to make the app even more mindful, breaking up training sessions while keeping users engaged for longer, which will further improve the ability of the app to reduce stress and prevent cognitive decline.

Innovative and more digital forms of Parkinson’s treatment, like apps, will absolutely become more important in the future. The Bill and Melinda Gates Foundation described the MyCognition app as a “true differentiator in the field”, which shows the power of health tech to improve the lives and mental health of people suffering.

Together, we can build a better understanding of this condition and provide benefits for the whole Parkinson’s disease community in prevention and management of the condition. 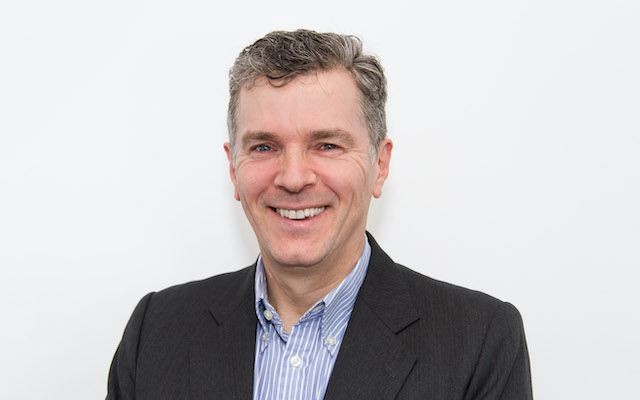 *These results should be regarded as preliminary due to the study sample size.

MyCognition is available to download via the iOS app store and Google Play.

Need to know: Keiron Sparrowhawk is a neuroscientist and the founder and CEO of MyCognition. With over 40 years of experience in commerce, research, and medical technology, he has authored a number of publications investigating the impact of cognitive function in various environments, including the book ‘Executive Function: Cognitive Fitness for Business’. A former UK Entrepreneurs’ Organisation president and former head of international pricing at British pharmaceutical company GSK, he is also the co-founder of PriceSpective, a global pharmaceutical value consultancy. He is currently a part-time lecturer at Cambridge University, UK.