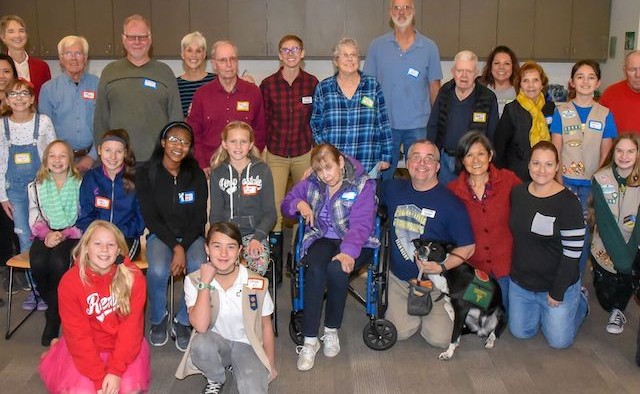 Parkinson’s Sidekicks programme – an intergenerational Parkinson’s initiative created by the Davis Phinney Foundation – is helping tackle the social isolation that affects many people living with Parkinson’s across the US.

What is the Sidekicks programme?

The Sidekicks programme brings together young people and people with Parkinson’s to share stories in fun and creative ways, with the goal of fostering positive and meaningful connections between the two groups.

We launched the programme in 2018 , and in its first year we had 150 people take part. Our goal for 2019 is to grow the programme across the US.

Even though we do talk about Parkinson’s briefly, the programme isn’t meant to be a place where participants focus on the condition.

Feedback from some of those taking part in our pilot year echoed our sentiment. This programme is so great for people with Parkinson’s because it puts them in a creative space, with energetic young people, and it gets them out of their routine of living with the condition  – encouraging them to be in a different mental space, even if only for a couple of hours.

How does fostering intergenerational relationships help people affected by Parkinson’s?

It’s so valuable to bring together different generations of people in society and we don’t do it enough! Youth and people living with Parkinson’s have so much to offer each other.

It gives young people the opportunity to learn more about what Parkinson’s is and to understand people with different experiences to their own. It’s also an opportunity for people with Parkinson’s to open themselves up to a unique experience and to connect with younger people in their community.

The energy of youth is refreshing to be around, and I remember one participant saying that he was “no longer afraid of the future” after interacting with his youth partner, a feeling that he said he hadn’t had for a long time – especially after being diagnosed with Parkinson’s. 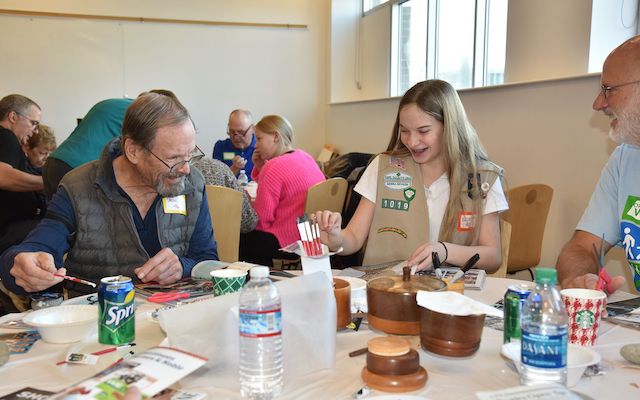 Participants at the Sidekicks programme take part in creative activities in Nevada, US.

What happens in each of the interactive sessions?

The first three sessions of the programme are guided, interactive art activities – and the final session is a story sharing showcase. Each art session features a theme for participants to discuss. For example, in our first session – that we call ‘storyprints’ – we invite participants to trace their hands on a piece of paper. On the left hand, they write things they’re grateful for and on the right hand they write things they’re hopeful for, before decorating the art with colour. The theme for this session is maintaining a positive outlook in the midst of life challenges.

Is social isolation an aspect of Parkinson’s that is often overlooked?

Social isolation for people living with Parkinson’s is something that I think is getting a lot more attention than it used to. It’s not as tangible as some of the physical symptoms or as diagnosable as some of the mental symptoms, so it can be overlooked – especially since isolation and the subsequent loneliness is something that can be difficult for people to talk about. 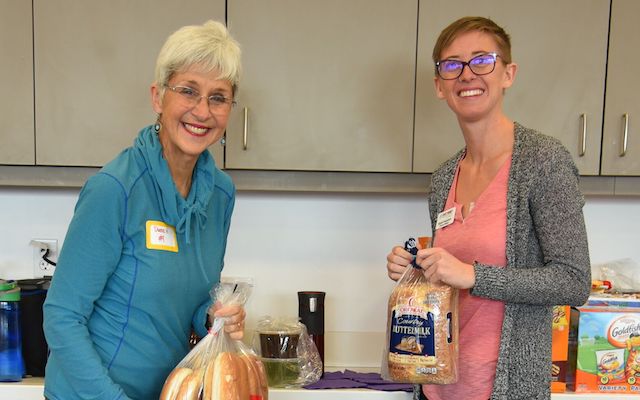 Do the young people know much about Parkinson’s before taking part in the programme?

Some who sign up have little to no knowledge of Parkinson’s, and so we have our facilitators conduct a pre-education session for them to become more familiar. Other times, we have had youth who have a family member living with Parkinson’s so they’re a bit more familiar with what it is.

We conduct optional surveys before and after the programme, which is directly tied to the education we give during our art sessions. During our pilot year we saw an increase in youth awareness of Parkinson’s and an increase in older participants feeling socially connected. We’re going to be sharing these findings at the World Parkinson’s Congress in Kyoto, Japan, later this year.

Why did you decide to start working with people with Parkinson’s?

I have known a couple of people with Parkinson’s in my life, but my understanding of it was admittedly small. When I was looking to leave my previous job in corporate event sales, I knew I wanted to do something to help people and serve the greater good – and the Davis Phinney Foundation offered that in such a perfect way!

I think this programme has so much to offer and genuinely believe in the lasting impact it can have on the lives of those who participate. It’ been so inspiring to watch the sessions and see the relationships that form between people who were at one point complete strangers. It’s truly heart-warming. 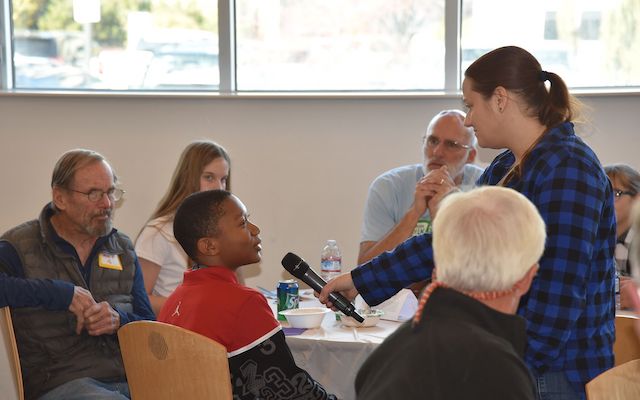 The Sidekicks programme helps build “meaningful connections” between youth and people with Parkinson’s.

For more information on Parkinson’s and communication please visit the Parkinson’s Europe website.