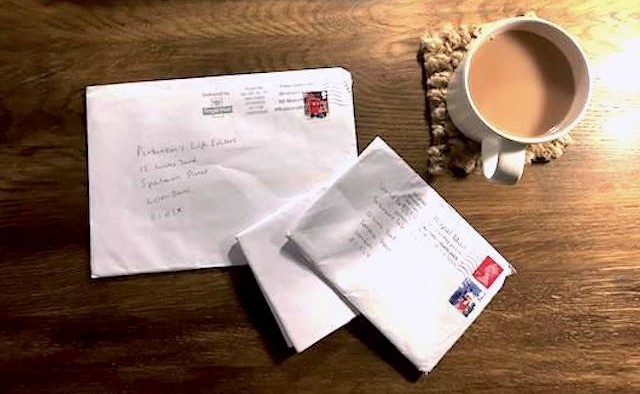 Last month, we invited our readers to submit an original poem exploring an aspect of Parkinson’s they’re passionate about. The poem could be about anything – from the difficulty of diagnosis to challenging symptoms – as long as it focused on Parkinson’s in some way.

We’ve received dozens of entries from across the globe, with wordsmiths from Denmark to New Zealand getting in touch to share their work.

Parkinson’s Life editor Laura Smith said: “We’ve been overwhelmed by the response, with poems arriving by email and post from around the world. As a team, we’ve loved getting lost in our readers’ heartfelt writing – whether funny, sad, inspiring, or a mixture of all three – and we can’t wait to share the stories of the competition winner and runner-up over the next couple of weeks.”

Many people living with Parkinson’s say that creative pursuits such as writing, art and music can have therapeutic effects – and this was reflected in the letters you shared alongside your poems.

A writer from Australia told us: “Writing is one of the things I do for mindfulness and release from the daily challenges of Parkinson’s.”

Another from Birmingham, UK, said: “Since being diagnosed with Parkinson’s myself in 2009, there have been many sentences that have cropped up which often sum up my feelings or mood – and I’ve used some of these sentences in my poem.”

Another poet based in Australia, said: “I was diagnosed with Parkinson’s in 2009 at 56 years of age and I would not be writing poems and children’s stories today if Parkinson’s hadn’t come calling! Having Parkinson’s makes me more determined and motivated.”

Next week we’ll be profiling our runner up – where they’ll discuss their connection to Parkinson’s and the inspiration behind their work – before announcing the winning poem and interviewing the author on World Parkinson’s Day.

Thank you to everyone who took the time to submit their work.

Is inhalable levodopa for treating Parkinson’s one step closer?