People use hip-hop to inform you. If I can use this format to inform people about how the disease affects me maybe that can broaden their horizons 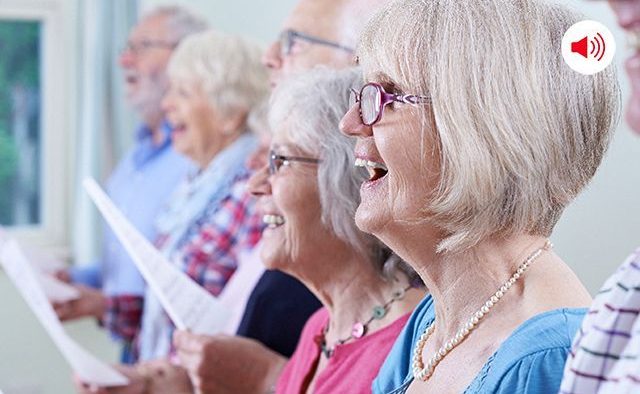 In the sixth episode of the Parkinson’s Life podcast, we bring together rapper Walter J Archey III and artist Amy Mallett to discuss the impact creativity can have on the condition – and why sometimes getting out of your comfort zone allows you to “leave your Parkinson’s at the door”

“When I am doing something that I enjoy, like music, my brain is trying to produce dopamine and it’s not there so I start shaking. So if you see me shaking, it means I’m having a good time.”

In his typical relaxed and jovial fashion, US rapper and filmmaker Walter J Archey III makes light of the Parkinson’s symptoms he’s lived with since diagnosis in 2015.

He explains: “I went to the doctor cos I had a cold or something and the doctor was like ‘hey why you walking like that’…The rest is history.”

Walter shares his experiences on episode six of the Parkinson’s Life podcast, where guests discuss the often complex relationship between Parkinson’s and creativity.

Walter doesn’t allow his Parkinson’s to affect his creativity. In fact, somewhat defiantly, he uses it as a source of inspiration for his music. Earlier this year, he released rap single ‘Light Blue Room’ where he opens up about the difficulties he and millions of others face.

“People use hip-hop to inform you,” says Walter. “You learn a lot of stuff cos it’s a whole lot of information over a beat. If I can use this format to inform people about how the disease affects me maybe that can broaden their horizons – and they won’t stare at me crazy when they see me in the streets.”

He is joined by UK musician and composer Amy Mallett who runs several initiatives aimed at helping people in the Parkinson’s community stay creative. Amy’s career has seen her work with the English National Ballet, and she is currently directing an opera for people living with Parkinson’s that will be performed at the Royal Opera House in London, UK.

Amy says that during her sessions participants “leave their Parkinson’s at the door”, as they get so lost in singing and dancing that they temporarily forget about their symptoms.

“We always laugh, we don’t take ourselves too seriously so that can really help build people’s confidence,” says Amy. “Some of our more longstanding members have said the confidence they’ve gained from being part of the singing group has spilled over into the rest of their lives.”

For Walter, there is no reason why Parkinson’s has to be a barrier to your creativity. In fact, it’s seeing people overcome their symptoms to create work that inspires him the most.

“I’m a big fan of Michael J Fox, I was a fan of his before his Parkinson’s diagnosis, but when he did that episode of ‘Curb Your Enthusiasm’ that was really brave and great. That was inspirational.”

“Over here we have Billy Connolly,” says Amy. “It would be great to get someone like him along to our opera.”

Episode six of the Parkinson’s Life podcast, ‘Parkinson’s and creativity’, is available now on SoundCloud, iTunes and YouTube.

People use hip-hop to inform you. If I can use this format to inform people about how the disease affects me maybe that can broaden their horizons

Voice assistants could improve speech for people with Parkinson’s disease