I knew about the link between pesticides and Parkinson’s, but I did not know about the extent of evidence and strength of the relationship between them 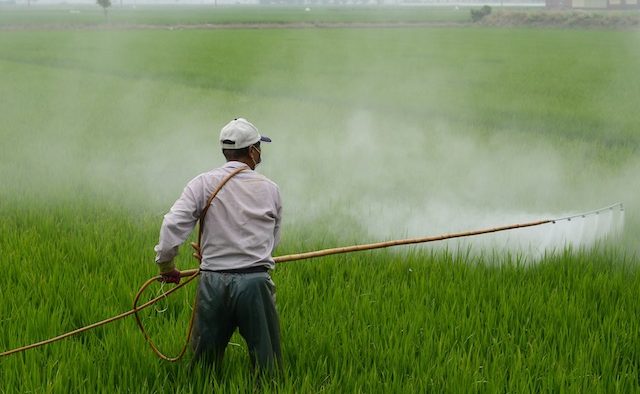 In the latest in our ‘Ask the expert’ series, neurologist Dr Ray Dorsey discusses how “the rise of Parkinson’s may be largely human-made”, the risk of certain pesticides – and why he thinks activism is crucial to changing the course of the condition

How are environmental factors linked to Parkinson’s?

The rise of Parkinson’s may be largely human-made. The condition is tied to several environmental factors, including certain pesticides, industrial solvents, heavy metals, and air pollution. The evidence for the link is strongest for certain pesticides, like paraquat, but industrial solvents, like trichloroethylene (TCE), are also likely major contributors. Air pollution has been less studied but could also be influential.

In ‘Ending Parkinson’s Disease: A Prescription for Action’, we [Dr Ray Dorsey, Dr Todd Sherer, Dr Michael Okun and Dr Bastiaan Bloem] outline 25 steps that individuals and society can take to end the condition. The first two are to ban paraquat and TCE.

Do we know why pesticides are linked to Parkinson’s?

Many pesticides are nerve toxins, targeting the parts of cells that are known to be damaged in Parkinson’s, and dissolve in fat, which is the principal make-up of the brain. When you give some of these pesticides to mice and rats, they get Parkinson’s.

Were you surprised by the significance of environmental factors when working on your book, ‘Ending Parkinson’s Disease’?

Yes. I knew about the link between pesticides and Parkinson’s, but I did not know the extent of the evidence, and the strength of the relationship between them. I also didn’t know that chemicals like TCE are the most common contaminant of water found underground and contaminate thousands of sites around the US – including one 15 minutes from my home in suburban Rochester, New York.

Who is most at risk of being affected by pesticides?

Numerous studies suggest that farmers are at a 50 to 200% increased risk, and that residents of rural areas and drinkers of well water are also at higher risk. A registry of Parkinson’s in Nebraska, US, has shown the rates of the condition in the country’s rural areas are two to four times higher than in urban areas like Omaha.

However, we have been unwilling to invest in these areas to our collective detriment.

Do you have any advice for readers who are concerned about the impact of environmental factors on their health?

Read our book. We wrote it for you – not for researchers – and it is dedicated to those who bear the burden of the condition. All of its authors are devoting the proceeds to efforts to end Parkinson’s. We have a limited number of copies available for free if cost is an issue – email us at info@endingPD.org to find out more.

The best way to change the course of Parkinson’s is activism from those most affected. A March of Dimes changed the course of polio, activism prevented millions of us from being infected with HIV, and ribbons have raised awareness for breast cancer. We need to end the silence on Parkinson’s.

Dr Ray Dorsey is David M Levy Professor of Neurology and Director at the Center for Health + Technology at the University of Rochester Medical Center, US, which has conducted more than 100 clinical trials – including trials that led to the approval of four Parkinson’s medications. He recently co-wrote the book,‘Ending Parkinson’s Disease: A Prescription for Action’.

Researchers believe that a combination of genetic and environmental factors can cause Parkinson’s. Chemicals, viruses, bacteria and heavy metals have all been linked to the condition – this could be because they may cause neurons that produce dopamine to die. Scientists have also suggested a connection between herbicides and pesticides, and Parkinson’s.

To find out more about the causes of Parkinson’s, please visit the Parkinson’s Europe website.

I knew about the link between pesticides and Parkinson’s, but I did not know about the extent of evidence and strength of the relationship between them