By the time patients with Parkinson's disease start noticing problems with their motor systems, they may have already lost 60 to 70% of their normal dopamine levels 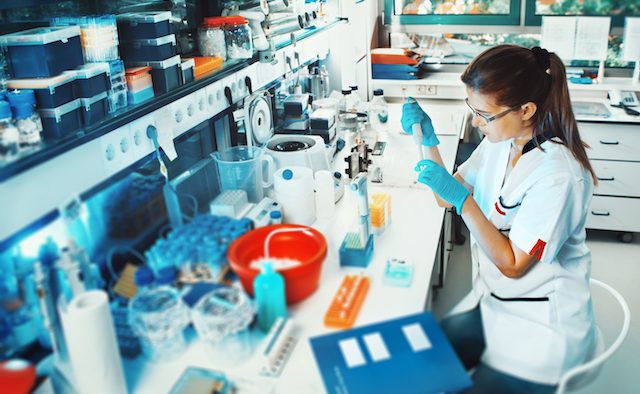 A seven-year research study by an international team of scientists has shed light on the cause of certain genetic forms of Parkinson’s disease – and has identified potential treatments.

The research team, led by Professor Rejko Krüger of the University of Luxembourg, analysed donated cells from people with Parkinson’s and discovered an error in the production of the protein DJ-1. When the body is unable to produce enough of this protein, important nerve cells die, and this can result in the onset of neurodegenerative conditions like Parkinson’s.

Dr Ibrahim Boussaad, a scientist at the university, explained: “This insight fundamentally changes our view of the causes of the disease and presents entirely new possibilities for treatment. We could only gain this new understanding thanks to the skin cells from the patients.”

A survey assessing the impact of the coronavirus crisis on almost 570 people living with Parkinson’s in Spain has found that more than half of them have experienced a worsening of their symptoms.

The study was conducted via an anonymous online survey, and the results indicated that a total of 553 people were aware of the pandemic and over 90% took preventative measures such as frequent hand washing, wearing a mask, social distancing and using gloves. 15 people also reported having confirmed Covid-19, out of which five were hospitalised, but none of them died.

While around 70% of people reported staying active during lockdown, many reported a worsening of symptoms including sleep problems, rigidity, gait disturbances, anxiety, pain, fatigue, depression and tremor.

The study authors concluded: “Although this study has limitations because of the methodology, it demonstrates that Spanish patients with Parkinson’s Disease perceive the Covid‐19 pandemic with concern and great responsibility […] More studies to know the impact of the pandemic globally are needed.”

Progression of fatigue in Parkinson’s disease: a nine-year follow-up

Researchers in Norway have found that fatigue increases over time in people living with Parkinson’s disease – and is associated with factors including sex, age and depression.

As part of the study, researchers measured fatigue levels in 191 people who had been newly diagnosed with Parkinson’s and 170 people of the same age and sex who did not have the condition. Fatigue was measured using the Fatigue Severity Scale, a questionnaire scale which participants filled out at the start of the study, and every other year for nine years.

The researchers reported that “there was a statistically significant increase in the proportion of Parkinson’s disease patients with fatigue during the first nine years after diagnosis”. Factors such as female sex, age, symptoms of depression and higher cognitive function were all associated with increased fatigue – while lower levels of fatigue were associated with the use of dopamine agonists, a type of medication used to treat Parkinson’s.

Engineers at Michigan State University, US, have been granted US $3.4m to develop diamond-based implants that could support the early diagnosis and treatment of Parkinson’s disease.

The implants – which work by monitoring the brain’s biochemistry for early warning signs of the condition, such as a loss of dopamine – will be tested on animal models. During this trial, the team will evaluate the implants’ safety, durability and performance for up to six months in brain tissue.

Erin Purcell, an associate professor at the university, said: “By the time patients with Parkinson’s disease start noticing problems with their motor systems, they may have already lost 60 to 70% of their normal dopamine levels.

“This is an untapped window of opportunity. If you can detect that loss earlier, you open up opportunities to treat the disease earlier.”

People with Parkinson’s are more likely than those without the condition to experience orthostatic hypotension – a drop in blood pressure upon standing which can cause dizziness, lightheadedness, loss of consciousness and falls.

The results showed that people with Parkinson’s were twice as likely to have orthostatic hypotension than those without. Dr Alessandra Fanciulli of the Medical University of Innsbruck, Austria, said: “If we can monitor people’s blood pressure to detect this condition, we could potentially control these blood pressure drops and prevent some of the falls that can be so damaging for people with Parkinson’s.”

By the time patients with Parkinson's disease start noticing problems with their motor systems, they may have already lost 60 to 70% of their normal dopamine levels