Parkinson's is a one-way street, the day won't be far away when I'd struggle on air 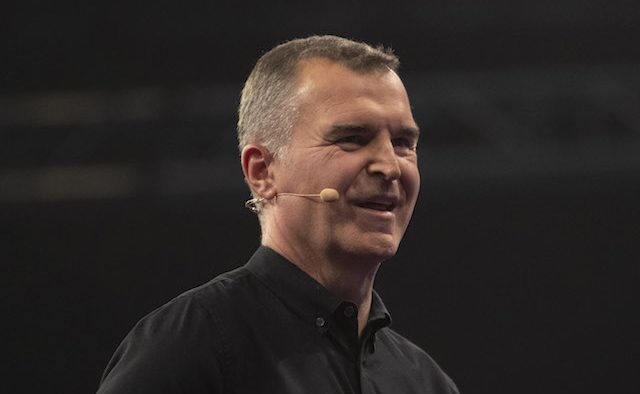 We round up July’s top stories about Parkinson’s from around the world – from Sky Sports presenter Dave Clark’s decision to step down from his job, to a survey on how the coronavirus lockdown has impacted Parkinson’s symptoms

Darts commentator and Parkinson’s activist Dave Clark has announced that he is stepping away from his role at Sky Sports, after 22 years working for the TV channel.

Speaking about his decision to bow out of the role, he said: “Parkinson’s is a one-way street, the day won’t be far away when I’d struggle on air. I’m a proud man and have decided that I’d like to go with my dignity intact, rather than continuing until something goes wrong.”

Since his diagnosis in 2011, Clark has raised thousands of pounds for charity Parkinson’s UK – and earlier this year announced his decision to donate his brain to research for the condition. Now, he hopes to continue to raise awareness and carry on with his fundraising efforts.

Reflecting on his time with the broadcaster, he added: “It’s been a fabulous journey with some incredible people. It’s not the end, just the start of the next chapter in my life.”

How has lockdown impacted Parkinson’s symptoms?

A survey has suggested that more than 30% of people with Parkinson’s in the UK have seen at least one of their symptoms worsen during lockdown.

Some participants also reported hallucinations and increased dizziness, while others cited concerns about loneliness and higher stress levels. Around a third said that a reduction in exercise caused by lockdown had a large impact on their lives, and roughly a third of respondents said appointments with Parkinson’s nurses and consultants had been cancelled.

Jane Simpson, a professor at Lancaster University who analysed the results, said: “We are concerned that the changes people have had to make have been so severe and so disruptive of their usual, well-planned routines that it may be difficult for people to bounce back. Consequently we are concerned about the long term effects of this period of lockdown.”

The University at Buffalo, US, has been awarded a US $2.2m grant to create a strategy for diagnosing Parkinson’s before symptoms appear.

Provided by the National Institute of Neurological Disorders and Stroke, the grant will fund a project called ‘Molecular Segregation of Parkinson’s Disease by Patient derived Neurons’.

It is hoped that earlier Parkinson’s diagnosis will allow treatment that prevents or hinders neuron decay. The study also aims to provide a distinction between different forms of Parkinson’s to enable more tailored treatment.

Jian Feng, principal investigator and professor of physiology and biophysics at the University of Buffalo, said: “We want to investigate this further with the goal of developing a method for the objective diagnosis of Parkinson’s disease. It might also allow us to predict years in advance who may develop Parkinson’s.”

US charity Parkinson’s Foundation has announced pilot study results for an initiative that offers free testing for genes related to the condition.

Launched in 2019, the ‘PD GENEration: Mapping the Future of Parkinson’s Disease’ study has so far tested 291 people, around 17% of whom have tested positive for genetic mutations linked to Parkinson’s. This is higher than the expected estimate, which suggests that between 5 and 10% of people with the condition will have a genetic link. The study has also helped researchers find out more about gene mutations associated with Parkinson’s.

John L. Lehr, president and chief executive officer of the Parkinson’s Foundation said: “PD GENEration participants can now arm themselves with more information about their specific diagnosis while helping scientists advance PD research. We will continue to expand the PD GENEration study to better serve the PD community while moving research forward.”

A new method for Parkinson’s diagnosis?

Researchers in Australia are working on a new method to diagnose Parkinson’s. The simple MRI imaging procedure focusses on the substantia nigra – the part of the brain which is most affected in people with the condition.

Currently, other types of brain scans can be used to help with diagnosis – but patients need to be injected with radioactive substances called radiotracers, and the method can be costly. Scientists at the University of South Australia hope that they will be able to create a safe and easy way of diagnosing the condition.

Gabrielle Todd, an associate professor at the University of South Australia, said: “Due to the lack of an accurate and accessible diagnostic test for Parkinson’s disease, this results in a high rate of misdiagnosis. Collectively, we hope to make it easier for radiologists to learn about and interpret abnormal substantia nigra MRI findings and to provide neurologists with more certainty about the patient diagnosis.”

Parkinson's is a one-way street, the day won't be far away when I'd struggle on air