Every month [Parkinson’s] throws another problem your way. At the moment I'm all right, my meds are working, my hands are working fine, but some days I can hardly walk 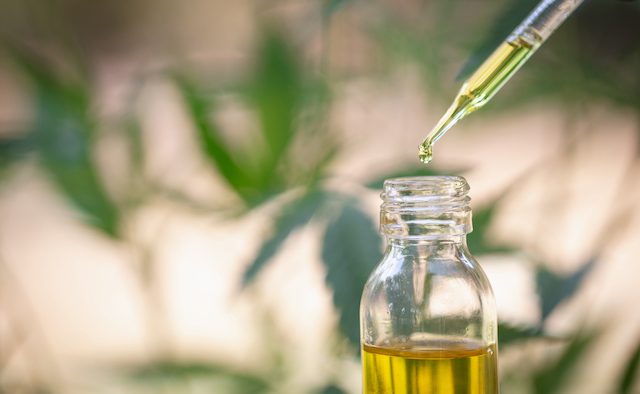 How not to tell someone they have Parkinson’s

Dave Clark, a presenter for Sky Sports, appeared on the BBC Ouch podcast to discuss his experience managing Parkinson’s. In conversation with journalist Harry Low, Clark spoke about his “horrible” diagnosis and compared his father’s struggle with the disease to his own.

He also shared how Parkinson’s has affected his work: “Every month it throws another problem your way. At the moment I’m all right, my meds are working, my hands are working fine, but some days I can hardly walk […] But somehow when I present the darts the symptoms disappear, the adrenaline kicks in and I do it.”

The broadcaster was enthusiastic about the support he’s received on social media since publicly revealing his diagnosis and said he hoped that his “positive attitude” would inspire other people.

A study conducted by scientists in Brazil has found that doses of cannabidiol (CBD), a compound in cannabis, can reduce tremors caused by anxiety in people with Parkinson’s.

As part of the trial, 24 participants were given either 300mg of CBD or a placebo before completing a ‘Simulated Public Speaking Test’ – an examination used in clinical settings to induce anxiety.

The team found that patients who had taken CBD had a reduced amplitude of tremors, as well as decreased anxiety.

Daiene de Morais Fabricio, co-author of the study, said: “Our study was the first to demonstrate the anxiolytic effects of CBD in PD patients and its ability to attenuate tremor amplitude in anxiogenic situations.”

A graduate of the London College of Fashion, UK, has created a collection designed to improve mobility in people living with Parkinson’s. Monika Dugar’s final-year collection, Reset, was inspired by her father’s Parkinson’s diagnosis.

The designs use dynamic prints with optical illusions to mimic the effect of movement and act as a visual cue.

Discussing inclusivity in fashion, Dugar said: “The paradigm is currently shifting and fashion, which bore a stigma of disfigurement, is becoming more inclusive.

“With the consumption increase and marketing industry focusing on dispelling the stereotype for ageing, the current scenario for adaptive clothing is at the storming and norming stage.”

Researchers in Scotland have started to investigate how probiotics could be used to help treat and prevent Parkinson’s.

Scientists at Edinburgh and Dundee universities have engineered roundworms to produce human alpha-synuclein, a protein that clumps together and destroys dopamine-producing nerve cells in people with Parkinson’s. The roundworms were fed a range of probiotics, and researchers reported that one type, Bacillus subtilis, cleared some of these clumps in the roundworms.

Dr Beckie Port, research manager at Parkinson’s UK – which partially funded the study – said: “Studies that identify bacteria that are beneficial in Parkinson’s have the potential to not only improve symptoms but could even protect people from developing the condition in the first place.”

A clinical study in Sweden and Finland testing the use of a protein called cerebral dopamine neurotrophic factor (CDNF) to treat Parkinson’s has completed phase 1 and 2 trials.

As part of the trial, 15 people with Parkinson’s were assigned a mid or high dose of CDNF or a placebo each month for a period of six months. The study investigators hope that CDNF will reduce motor and non-motor symptoms of the condition – and it is thought to have potential to act as a Parkinson’s disease-modifying therapy.

Pekka Simula, CEO of Herantis Pharma, said: “We are very grateful to the patients, the investigators, and the hospital staff of this clinical study. We look forward to the excellently continuing collaboration in the ongoing extension study, as well as to the near-future read-outs from the main study.”

Every month [Parkinson’s] throws another problem your way. At the moment I'm all right, my meds are working, my hands are working fine, but some days I can hardly walk