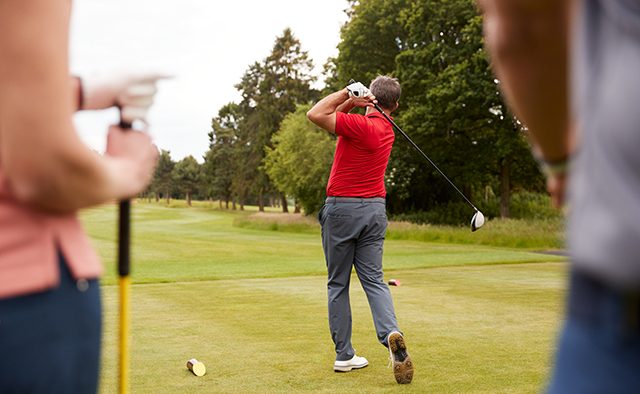 We round up some of this month’s Parkinson’s news from around the world, including stories about the school friends who’ve invented a mobility aid and an upcoming golf tournament for people with the condition

Man with early onset Parkinson’s to star in golf tournament

A man from Derry, Ireland, will represent his country in the Sport Parkinson’s Four Nations Golf tournament, a two-day event involving golfers living with the condition across Ireland, England, Scotland and Wales. Diagnosed with Parkinson’s at 30, Ronan Coyle has spoken to BBC Radio Foyle about the upcoming tournament, which will be contested at the famous Belfry course in October.

Cannabidiol (CBD) – a non-psychoactive compound derived from cannabis – is thought to have anti-inflammatory and antioxidant properties that may be of use in treating the symptoms of Parkinson’s. Now, researchers in China have found that treatment with CBD prevented nerve cell deaths and extended survival in worm models of the condition.

Two US-based classmates have used their experience caring for older people to invent an easy-to-use walker for people with Parkinson’s who experience mobility issues. Teenagers Kaavya Karthikeyan and Akanksha Tibrewala have been friends since preschool and have spent two years working on and testing their invention, which they hope to patent and bring to market.

A new clinical trial from China has backed up earlier findings that probiotic supplements may ease constipation symptoms in people with Parkinson’s. The researchers also found that probiotics – bacteria thought to be beneficial for health – changed the composition of the gut microbiome. Further investigation has been recommended to decipher the best regimen and dosage for the future treatment of constipation associated with the condition.