This tournament is dedicated to all Parkinson’s fighters out there. Society should see that we can play table tennis just as good as anyone else 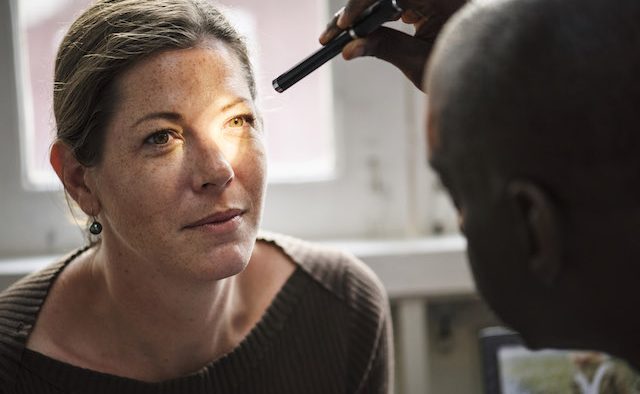 We round up this month’s top Parkinson’s disease news stories from around the world – from research on lab-grown mini-brains, to a table tennis tournament

Could the eyes show insights into Parkinson’s progression?

The response of eye pupils may change according to the progression of Parkinson’s disease, a recent study has found. The research from a team of neurologists in South Korea suggests that looking into the eyes and measuring the pupils’ response to stimuli could be a non-invasive way to diagnose and track disease progression.

The paper, published in the journal ‘Scientific Reports’, found a significant difference between early and late-stage Parkinson’s patients in ‘constriction velocity’ – the speed that pupils contract when exposed to light.

Measuring ‘pupillary light reflex’ (PLR) allowed researchers to determine the balance of the body’s autonomic nervous system. They found that: “The pupillary contraction velocity decreased with the disease progression, suggesting that the progression of Parkinson’s disease could be identified by the pupil constriction velocity.”

It sounds like something from science fiction – but a group of researchers want to use laboratory-grown, ‘human’ mini-brains to spur Parkinson’s disease research and drug development. In a study published in the journal ‘Annals of Neurology’, scientists in Singapore described using synthetic mini-brains to mimic the activity of the human midbrain – which is associated with the muscle movement, sight and hearing affected by the condition.

The scientists think their model could provide better results than current research for drug development, which is typically carried out on mouse brains.

The new, pea-sized mini-brains were created by growing stem cells that create neurons. The stem cells were then modified to simulate the genomic qualities associated with Parkinson’s.

DBS surgery to become available in the Republic of Ireland

Dublin’s Beaumont Hospital will become the first in the Republic of Ireland to offer deep brain stimulation (DBS) surgery – meaning people with Parkinson’s no longer have to travel to the UK or Northern Ireland for the treatment.

Parkinson’s disease affects more than 10,000 people in Ireland, and DBS – which involves placing electrodes in the brain that are connected to a pacemaker-like device – can lessen the stiffness and tremors associated with the condition. Professor Richard Walsh of the Dublin Neurological Institute said that being able to carry out all the stages of DBS in Ireland will give “the best possible result” for local patients. “DBS is not a cure for Parkinson’s,” he said, “but it’s a very effective way of controlling one of the most distressing symptoms.”

People with Parkinson’s disease who receive levodopa treatment within two years of diagnosis could develop earlier onset of motor fluctuations, according to research from the Norman Fixel Institute for Neurological Diseases at the University of Florida, US.

The research, presented at the International Congress of Parkinson’s Disease and Movement Disorders Virtual Annual Meeting, suggested that while the medication can improve the quality of life of people with Parkinson’s, the risk of it inducing dyskinesia and other motor symptoms may support delaying its use. “Early levodopa exposure was associated with earlier onset of motor fluctuations, controlling for disease duration,” said the researchers. They added that decisions on starting levodopa treatments should be on a case-by-case basis.

The Parkinson’s World Table Tennis Championship, hosted by Germany’s YUVEDO Foundation, has crowned new world champions in the sport. The event saw 135 contestants from 21 countries compete for medals over three days, offering an opportunity for people in Parkinson’s community to network and connect.

YUVEDO’s founder, Jens Greve, said: “Table tennis is an inherent part of our rehabilitation and this world championship is the highlight. This tournament is dedicated to all Parkinson’s fighters out there. Society should see that we can play table tennis just as good as anyone else, even with our conditions and physical impairments.”

Supported by the International Table Tennis Foundation (ITTF), the first championship was held in New York, US, in 2019 as part of “the long journey in promoting the health benefits of table tennis to Parkinson’s fighters”, according to Petra Sörling, ITTF Vice President. The next annual event is scheduled for Croatia in 2022.

This tournament is dedicated to all Parkinson’s fighters out there. Society should see that we can play table tennis just as good as anyone else