I’m committed to this. I won’t stop until it happens 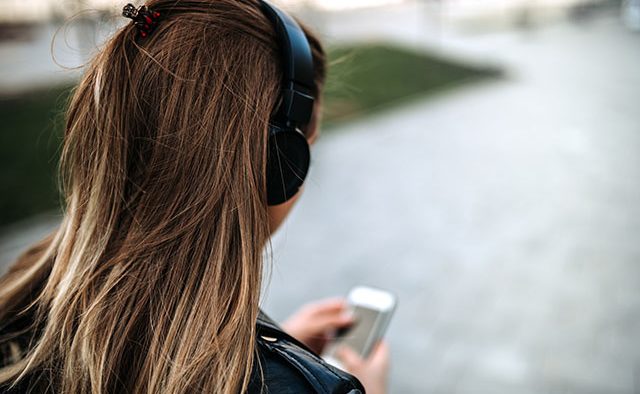 We round up this month’s top Parkinson’s disease news stories from around the world – from an advance in deep brain stimulation (DBS), to musical walking therapies for people with neurological conditions

Music corporation Universal Music Group has partnered with MedRhythms – a digital therapeutics company which is pioneering auditory stimulation, with a focus on rhythmic cues, to help improve walking ability among people living with neurological conditions.

The collaboration will allow MedRhythms access to Universal’s catalogue – which includes  music from names like Billie Eilish, the Rolling Stones, Taylor Swift and Kanye West – in providing ‘entrainment’ therapy.

Entrainment sees users’ movements matched with rhythmic cues, such as the beat of a song, to synchronise neurological processes and enhance the brain’s ability to make new connections in response to stimulation. The vast choice offered by the catalogue will make “a significant impact in the lives of patients who desperately need this care”, according to MedRhythms’ CEO Brian Harris.

New approach may offer a “big advance” in DBS

Researchers in the US have uncovered a more precise and long-lasting approach to deep brain stimulation for people with Parkinson’s disease.

“This is a big advance over other existing treatments,” said the study’s lead researcher Aryn Gittis, quoted in a news release. “In other DBS protocols, as soon as you turn the stimulation off, the symptoms come back. This seems to provide longer lasting benefits – at least four times longer than conventional DBS.”

Use of an epilepsy medication could improve ‘wearing off time’ in Parkinson’s disease – without worsening treatment side-effects or causing dyskinesia, according to new research from Japan.

Their findings suggests that, though generally used in the treatment of seizures, Zonisamide may also benefit people with Parkinson’s. A clinical trial with 212 patients showed that 50mg daily doses of the drug could reduce ‘off’ time by nearly an hour per day. The team from Fukuoka University said that further research is needed to confirm their findings.

Drug target may be misplaced for many people with Parkinson’s

Researchers are questioning whether treatments targeting a build-up of alpha-synuclein protein will be effective in the majority of Parkinson’s cases. A mouse-based study from the University of Copenhagen, Denmark, found that drugs aimed at the protein may only help the ‘familiar’ form of Parkinson’s disease, which encompasses just a few percent of cases.

Targeting alpha-synuclein “may not be sufficient to cure the patients or alleviate their symptoms,” wrote the study authors. “Major considerations should instead be made towards resolving brain inflammation caused by dysfunctional interferon-beta receptor signalling.”

Actor and Parkinson’s disease campaigner Michael J Fox celebrated the 20th anniversary of his foundation with a New York gala event, ‘A Funny Thing Happened on the Way to Cure Parkinson’s’. The 60-year-old star picked up a guitar and joined Sting on stage, in a performance reminiscent of an iconic scene from Fox’s film, ‘Back to the Future’.

Fox, who is among the world’s best-known Parkinson’s advocates, was diagnosed with the condition in 1991 at the age of 29. His foundation has raised more than US $1 billion to help fund research for treatments and cures.

The actor says that many therapies developed through the foundation’s funding have “made life a lot better for a lot of people”, adding he is hopeful that new research on biomarkers will become key to treating and possibly preventing the disease. Speaking about his ambition to help find a cure, he said: “I just want to get this done. I’m committed to this. I won’t stop until it happens.”

I’m committed to this. I won’t stop until it happens