If people knew they would be well cared for, I think much of the anxiety for the latter parts of life would diminish a bit 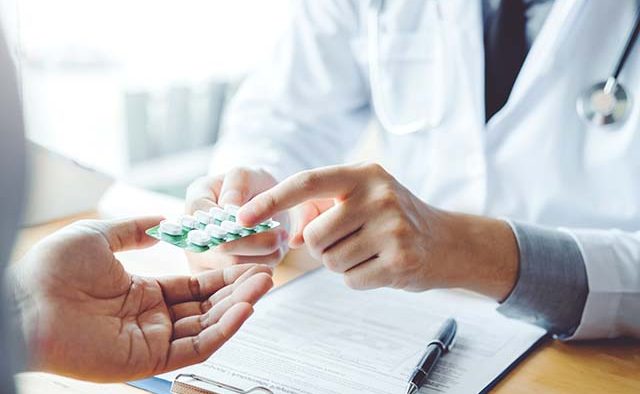 We round up some of this month’s Parkinson’s disease news stories from around the world – from a tool developed to help make treatment more effective, to an investigational therapy that could impact a protein associated with the condition

Researchers in Sweden have developed a tool with the aim of helping people with Parkinson’s and their carers to manage the condition more effectively.

The ‘Manage Parkinson’s Disease’ tool uses an algorithm to analyse data about a patient, interpreting information provided by a doctor and suggesting viable next steps in treatment. These might include discontinuing a certain medication or changing the approach to therapy.

Along with monitoring motor symptoms, the tool can also offer insights into non-motor symptoms such as depression, apathy and sleep disorders. The researchers have emphasised the importance of addressing these symptoms in the later stages of Parkinson’s, and hope the tool will help to ease some of the challenges that arise as the condition progresses.

“We sincerely hope that the Manage Parkinson’s Disease tool will become an aid to more patients receiving advanced therapy sufficiently soon enough, and thus improve their overall function and experience a better quality of life,” said Professor Per Odin, senior attending physician at Skåne University Hospital, Sweden, who has led the tool’s development. “If people knew they would be well cared for, I think much of the anxiety for the latter parts of life and finally death would diminish a bit.”

UK adventurer and Parkinson’s campaigner Alex Flynn has died – leaving behind a legacy of inspirational feats.

After his diagnosis in 2008, his accomplishments included completing a 160-mile run in the Bavarian Alps in Germany and cycling, climbing, kayaking and running his way across 3,256 miles of America – raising both awareness and funds for Parkinson’s community. He had been working on an ambitious plan to be the first man with Parkinson’s to hike Mount Everest.

“He went out exactly how he would have wanted to,” said a spokesperson for Flynn, “off the high of having completed another adventure, on top of the world, about to step into a helicopter ready to take on the next challenge.”

His family have invited friends and admirers to honour Flynn through a donation to Parkinsons.me, a charity based in Wantage, UK, where he lived.

Previous research revealed a potential link between a specific genetic variant and the neurodegenerative condition amyotrophic lateral sclerosis (ALS). Now, scientists in Greece have revealed that the same gene mutation may play a role in the risk of Parkinson’s.

The researchers set out to uncover how a mutation to the ‘myelin-associated oligodendrocyte basic protein’ gene (MOBP) – which may be a genetic risk factor for ALS – could be associated with Parkinson’s onset.

To investigate this, the scientists analysed the DNA of 358 people with Parkinson’s disease. The analysis revealed a clear association between a variant of MOBP and the condition.

Following these “preliminary” results, the researchers said that more studies are needed “to conclude whether specific variants of MOBP gene may eventually be considered specific markers of neurodegenerative diseases in general”.

Researchers in the Netherlands have announced that they are “very encouraged” by the results of a recent clinical trial on their investigational therapy, YTX-7739.

The therapy, developed by US biopharmaceutical company Yumanity Therapeutics, aims to mediate the effects of alpha-synuclein, a protein whose accumulation is associated with Parkinson’s. It does so by inhibiting an enzyme linked to the protein’s accumulation in dopamine-producing brain cells.

To test the effectiveness of the therapy, the researchers invited 20 adults with mild to moderate Parkinson’s to take part in a clinical trial. The participants were given an oral dose of YTX-7739 or a placebo for 28 days.

The results suggested the therapy could have a clinically relevant impact, and that it was generally well-tolerated among the participants. Though the results did not reveal any statistically significant changes in clinical assessments of Parkinson’s, the researchers said this was not surprising after “only 28 days of dosing”.

Reflecting on the results in a press release, Dr Ajay Verma, executive vice president of research and development of Yumanity Therapeutics, said: “The favourable tolerability, … absence of serious adverse events and evidence of target engagement in patients support the continued development of YTX-7739 as a potential treatment for Parkinson’s disease.”

Two grants have been awarded to scientists at Northwestern University, US, to support key research into Parkinson’s disease.

The funds have been offered by the ASAP Collaborative Research Network. This programme was created by the Aligning Science Across Parkinson’s (ASAP) initiative, which aims to address knowledge gaps in the field of Parkinson’s research.

The first US $9m grant has been awarded to a study which aims to support earlier diagnosis of Parkinson’s by investigating brain circuit dysfunctions, and how they could contribute to movement and sleep problems.

The second grant of US $8.9m will fund research into dopamine-producing neurons in a certain area of the brain – and how these neurons may be impacted in Parkinson’s.

Dr Eric G Neilson, vice president for medical affairs and Lewis Landsberg Dean at Northwestern, said the awards “are a major coup for the university and the interdisciplinary collaborations fuelling our leading-edge discoveries in neuroscience”.

“These grants recognise the outstanding work being done across many unique spaces to advance our understanding of Parkinson’s disease.”

If people knew they would be well cared for, I think much of the anxiety for the latter parts of life would diminish a bit