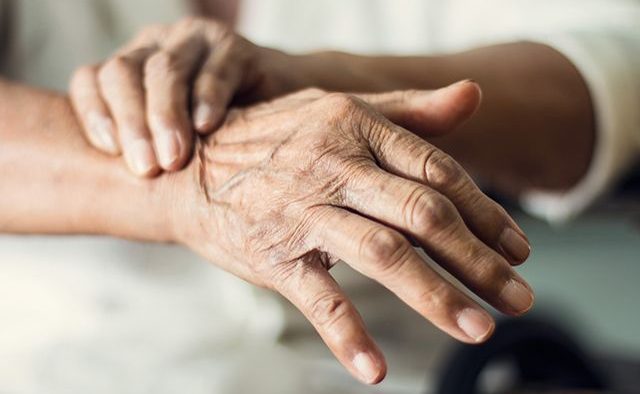 We round up some of this month’s Parkinson’s news stories from around the world – including coverage of Scottish comedian Sir Billy Connolly’s recent speech on life with the condition, and news about a documentary outlining global campaigning efforts

Scientists at Stanford University, US, have begun testing vibrating gloves which could help slow or reverse several symptoms of Parkinson’s. The gloves work by vibrating at the fingertips in a specific pattern – which is designed to address abnormal patterns created by the brain in Parkinson’s and send signals to areas of the brain that are under-stimulated.

With a clinical trial on the horizon, it is hoped that the gloves could be used to address challenges with tremor, speech and walking and balance in those with the condition.

Scottish comedian, actor and musician Sir Billy Connolly recently accepted a BAFTA Fellowship Award – a UK recognition that awards individuals who have made an outstanding and exceptional contribution to the arts across their career.

Connolly, who was diagnosed with Parkinson’s in 2013 and retired from live performances in 2018, offered an update on his experience with the condition in a pre-recorded speech. “It is a jolly life,” he said. “I have got no complains.”

A new Parkinson’s documentary entitled ‘The Long Road to Hope’ explores the global efforts to research and treat the condition.

Produced by the University of Rochester Center for Health and Technology, US, the hour-long documentary follows twelve people with Parkinson’s from the United States, Canada, the United Kingdom and the Netherlands. It also features commentary from neurologists Dr Ray Dorsey and Dr Bastiaan Bloem.

A roundup of Parkinson’s news stories in February