Our goal is to accelerate clinical studies, improve Parkinson’s research and care and empower all people with Parkinson’s – regardless of their background 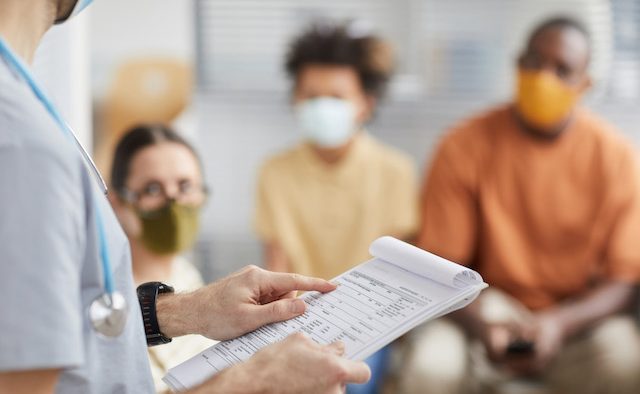 We round up this month’s top news stories about Parkinson’s disease – from research into the hospital mortality rate of people with the condition during the Covid-19 pandemic, to a study on the lived experience of anxiety for people with Parkinson’s

Does Parkinson’s disease begin in the gut?

Researchers from the University of Helsinki, Finland, have found new evidence suggesting Parkinson’s disease may begin in the gut and spread to the brain.

As part of a study – published in the science journal Frontiers in Cellular and Infection Microbiology – the team analysed faecal samples of 40 participants, half of whom had Parkinson’s.

The researchers found that high levels of the bacteria Desulfovibrio were present in the stool samples of people with Parkinson’s disease. Additionally, participants in the study with more severe forms of the condition had a higher concentration of the bacteria. The bacteria produce substances such as hydrogen sulphide, which may contribute to the onset of the condition.

The team concluded: “Future studies could, in the prevention and treatment of Parkinson’s disease, focus on developing methods to eradicate Desulfovibrio from the human intestine by antibiotics, phage therapy, faecal transplantation, diet changes, or a combination of these interventions.”

A cross-sectional study conducted by neurologists in Germany has offered new insights on the treatment of people with Parkinson’s disease in hospitals during the Covid-19 pandemic.

Using nationwide data from 1,468 hospitals, the research team compared the period of the first wave of the pandemic in 2020 with the same period in 2019. They found that overall hospital treatments for Parkinson’s had decreased by nearly one third – and, at the peak of the wave, fell by more than 70%. This was partly due to many non-emergency treatments being postponed and patients’ concern about contracting Covid-19 in hospital.

The research team also found that Covid-19 was more common in hospitalised people with Parkinson’s, compared to those without – and that they had a higher hospital mortality.

Lars Tönges, lead author of the study, said: “Remarkably, more Parkinson’s patients died in hospitals in 2020 than in 2019, which may also be due to circumstances associated with overall Covid-19 disease management.”

“The study illustrates the need to ensure optimal treatment of Parkinson’s patients despite the current pandemic,” the authors concluded.

What is the lived experience of anxiety for people with Parkinson’s?

A UK study has found that anxiety may worsen physical and cognitive symptoms of Parkinson’s disease.

The study – published in science journal PLOS ONE – is believed to be the first to explore the lived experiences of anxiety for individuals with Parkinson’s. As part of the new research, six participants with the condition were interviewed about their experiences with anxiety.

“My own experience of anxiety is that it can be a crippling illness,” said one study participant. “I used to have panic attacks and the fear of getting one was almost worse than actually having it. I think anxiety can be a real scourge for people with Parkinson’s who suffer from it.”

Chris Lovegrove, lead author of the study, plans to use these findings to develop new interventional treatments to help people with Parkinson’s better manage their anxiety.

US charity Parkinson’s Foundation has announced that an additional US $10m will be invested in research, care and education programmes to improve the quality of life for people with Parkinson’s disease.

This will also fund the expansion of the charity’s global study ‘PD GENEration: Mapping the Future of Parkinson’s Disease‘, which aims to understand genetic differences across people with Parkinson’s. The study will be extended to Hispanic and Caribbean communities – groups that have been historically underrepresented in Parkinson’s research trials.

“Our goal is to diversify the participants in the ‘PD GENEration’ study so that we can accelerate clinical studies, improve Parkinson’s research and care and empower all people with Parkinson’s – regardless of their background.”

Our goal is to accelerate clinical studies, improve Parkinson’s research and care and empower all people with Parkinson’s – regardless of their background

A study, carried out by the Karolinska Institutet in Sweden, has found evid