If [people] do have Parkinson’s, there are a lot of treatments that can help with the symptoms for a long time 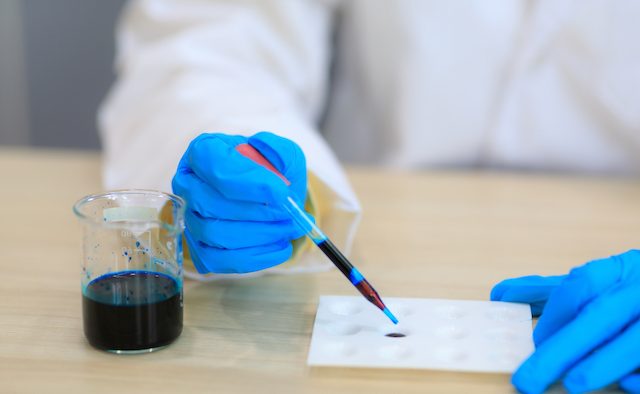 We round up this month’s top stories about Parkinson’s disease – from the decision to postpone the World Parkinson Congress, to the publication of the community’s largest genetic database

A team at the University of California, Los Angeles (UCLA), US, has developed a blood test that can distinguish between cases of Parkinson’s disease and multiple system atrophy (MSA), reducing the chances of misdiagnosis. The test examines levels of the protein alpha-synuclein, which is higher in MSA volunteers than in those with Parkinson’s.

Due to the overlap in symptoms, the conditions can be confused at diagnosis. However, the study’s senior author Gal Bitan said: “If [people] do have Parkinson’s, there are a lot of treatments that can help with the symptoms for a long time”, whereas an MSA diagnosis would see patients needing “to prepare. They would want to talk with loved ones, and possibly take care of their estate”.

The sixth World Parkinson Congress, which was due to take place in 2022, has been postponed to 2023.

The new dates for the event, which is expected to see more than 3,000 people from over 60 countries gather in Barcelona, Spain, are 4 to 7 July 2023. The organisers say that it “was not a decision we took lightly”, but potential disruption to international travel due to the Covid-19 pandemic made the cancellation of 2022’s event unavoidable. It is hoped that the delay will allow more delegates in Parkinson’s community to prepare for and attend the congress.

A plant compound that is sold over the counter as a dietary supplement may lessen cognitive impairment in Parkinson’s disease, new research from China and Japan suggests.

The compound silibinin is currently used to treat liver-related disorders and is also being investigated for benefits for cancer patients. For a recent study, researchers focused on its effects on cognitive impairment associated with Parkinson’s.

Using a mouse model of Parkinson’s disease, researchers discovered that after consuming a silibinin-based product, subjects showed reduced degeneration of neurons in the hippocampus – the area of the brain responsible for cognitive function.

Previous preclinical trials have already shown the compound can lessen motor symptoms in an animal model of Parkinson’s disease. Researchers now say silibinin “has a potential to be further developed as a therapeutic candidate for cognitive dysfunction in Parkinson’s”.

US nonprofit The Michael J. Fox Foundation has announced the publication of data from the largest cohort in Parkinson’s disease research, in association with leading DNA-testing company 23andMe.

The data, comprising 650,000 genetic markers from more than 10,000 people, is available to researchers through the Fox DEN data and analytics platform to “enable further discovery” said Brian Fiske, chief science officer of research programs at The Michael J. Fox Foundation – and “may transform how we treat and care for Parkinson’s”.

Researchers authorised by Fox DEN can create and analyse cohorts with specific variables and factors, which could deepen understanding of biological and clinical subtypes of Parkinson’s. More than 600 researchers have registered to use Fox DEN, and have downloaded nearly 1.5m variables.

Apomorphine could impact quality of life for people with Parkinson’s

A team of scientists based in France have concluded that under-the-skin infusion of Parkinson’s disease medication apomorphine can ease motor fluctuations for people with ‘advanced’ Parkinson’s, with the most severely-affected patients being the best candidates for the therapy.

According to the study, the injection therapy can be used to treat loss of control of body movements in people at an ‘advanced’ stage of the condition. The researchers aimed to discover the long-term effects of the therapy, and followed patients with a mean age of around 63 and an average of 4.5 years of motor fluctuations for two years. The team found that participants had a “stable” quality of life during the treatment. The researchers added that their detailed findings offer “clues to identify patients who are more likely to benefit from this treatment”.

If [people] do have Parkinson’s, there are a lot of treatments that can help with the symptoms for a long time