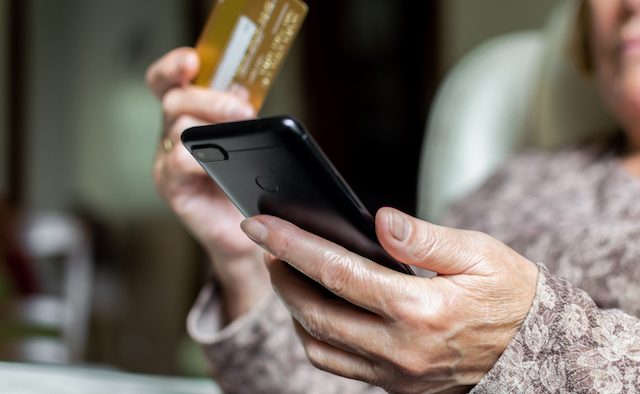 We round up this month’s top news stories about Parkinson’s disease – from the impact of Covid-19 lockdowns on impulse control disorders, to potential breakthroughs in acupuncture treatment for people with the condition

Has lockdown led to an increase in impulse control disorders?

A study from researchers in Spain suggests that the stress and circumstances of pandemic-related lockdowns have increased the severity of impulse control disorders among people with Parkinson’s disease.

The scientists analysed medical records of two patient groups from a clinic in Madrid, Spain before and after a Covid-19 lockdown in 2020. More than 100 patients were included in each cohort. The findings revealed that a greater proportion of the post-lockdown cohort had impulse control disorders (13%) than those in the pre-lockdown group (4.5%).

Impulse control disorders manifest themselves in an inability to resist urges such as gambling, compulsive shopping and overeating. Risk factors in people with the condition relate to gender, age and time of Parkinson’s onset – however, the researchers wrote: “Little attention has been paid to the role of environmental factors in the development of impulse control disorder.”

On what would have been comedy legend Robin Williams’ 70th birthday, his eldest son spoke about the challenges that the actor faced in the years before his death – including difficulties related to his misdiagnosis of Parkinson’s disease.

“It was a period for him of intense searching and frustration,” said Zak Williams in an interview with ‘The Genius Life’ podcast host, Max Lugavere. Around two years before his death, Williams began receiving treatment for Parkinson’s disease – but an autopsy later revealed that he had in fact been affected by a condition called Lewy body dementia.

Williams’ experience is similar to that of many people seeking diagnosis. A Parkinson’s UK poll of people with Parkinson’s found that one in four participants reported having been misdiagnosed – and a number of conditions, including Lewy body dementia, mimic Parkinson’s symptoms.

“I couldn’t help but feel frustrated for him,” said Williams’ son. “It can be really isolating, even when you’re with family and loved ones.”

The Michael J Fox Foundation has announced that a total of 36 grants, amounting to US $6.3 million, were awarded during April and May 2021. With the support allocated to a variety of research studies, the foundation aims to turn “donor-raised dollars to promising scientific efforts that will help bring new treatments and cures to people with Parkinson’s”.

Some of the funded studies will explore links between environmental factors and the risk of Parkinson’s, while others will investigate genes that could potentially serve as therapeutic targets. A portion of the donations will support medical centres in training movement disorder specialists in Parkinson’s research and care, the foundation announced.

Among the additional studies supported is the landmark Parkinson’s Progression Markers Initiative, an ongoing observational study analysing Parkinson’s, which will be expanded through the foundation’s continued funding.

Acupuncture may be beneficial for people with Parkinson’s

Scientists in China have found that certain acupuncture therapies, combined with conventional medicine, may improve motor function in people with Parkinson’s disease.

As part of their study, the researchers conducted a meta-analysis of randomised trials comparing the effects of conventional medication versus a combination of medication and acupuncture therapies. Among the acupuncture methods studied were traditional body needling and electroacupuncture, in which the needles carry an electric current. Their findings revealed potentially “significant benefits” in the combined approach for people with Parkinson’s disease – though the researchers advised that the results be “considered with caution”.

How do lysosomes impact the spread of Parkinson’s?

According to researchers in France, lysosomes – otherwise known as the digestive system of the cell – can act as a “Trojan horse for both seeding and propagation of disease pathology”.

Expanding on a 2016 study from Paris, France, the scientists sought to understand the role of lysosomes in spreading accumulations of alpha-synuclein – a key protein involved in Parkinson’s disease. They used cellular and animal models to analyse aggregates of the misfolded protein in affected brain regions.

Misfolded alpha-synuclein were found to spread through tunnelling nanotubes inside lysosomes – demonstrating the “crucial role” lysosomes play in the protein’s spread and pathology. While additional research is needed, these findings may be beneficial in developing new therapies for Parkinson’s.