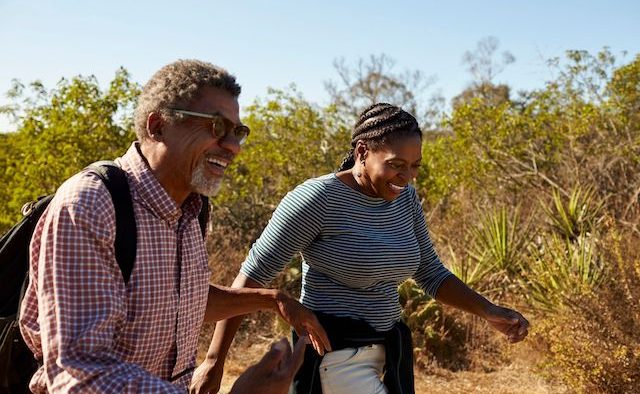 We round up January’s top news stories about Parkinson’s disease from around the world – including a research study on two proteins that could slow its progression, and a plant extract that shows promise as a potential therapy

Data from a mobility monitoring app for people with Parkinson’s disease has highlighted a substantial decrease in exercise during lockdowns – with mean daily activity falling by 44%.

The app, developed by Portuguese company Kinetikos, aims to support daily exercise by allowing people with Parkinson’s to track their activity in unsupervised, non-clinical settings. Of the 16 people included in the study, no significant worsening in mobility was found – and three participants who moved away from urban areas during the study period increased their walking activity by 99%.

The researchers concluded that “the impact on the activity of [people with Parkinson’s disease] was mainly due to the confinement and not to aggravation in disability.

“It is becoming evident how the pandemic is impacting the lives of [people with Parkinson’s disease] even in a country like Portugal where the magnitude of the first wave was relatively low. A multi-centric study would clarify the heterogeneity across countries.”

Could schizophrenia increase the risk of late onset Parkinson’s disease?

A study from Finland reveals that people with schizophrenia spectrum disorder (SCD) have a higher risk of developing Parkinson’s disease later in life.

The researchers concluded that the increased risk of Parkinson’s in people with SCD could be linked to the effects of medications common in SCD treatments, or to the increased vulnerability of the dopamine system in SCD.

Tomi Kuusimäki, lead study author, said: “The occurrence of Parkinson’s disease and schizophrenia in the same person has been considered rare because these diseases are associated with opposite alterations in the brain’s dopamine system. Our study changes this prevailing conception.”

Researchers in South Korea determined that a plant extract could help restore deficiencies related to autophagy, a cellular recycling process, in Parkinson’s disease.

The study found that the extract reduced signs of motor disturbances in rodents with chemically induced Parkinson’s disease, as well as the molecular defects of autophagy, which is a common theme underlying proposed causes of the condition.

Data was gathered from rodents injected with a compound to increase neurotoxicity in cells that produce dopamine – the chemical messenger deficient in people with Parkinson’s. Researchers measured motor coordination in the mice using a rotating rod test, and the mice that were treated using the plant extract showed a comparatively significant recovery.

According to the researchers, this data suggests treatment using the plant extract “may hold a position of new therapeutic candidate” against Parkinson’s disease.

Italy’s first Covid-19 lockdown, which lasted from March to May 2020, led to significant worsening of cognitive, behavioural and motor symptoms in people living with Parkinson’s disease, a study has found.

Researchers evaluated the symptoms of 65 people with Parkinson’s through motor, clinical and cognitive assessments conducted before and after the lockdown. The results revealed a worsening in cognitive function in nearly 40% of the participants; pre-existing behavioural symptoms had worsened in 37.5% participants and motor function in 35.4%. These findings suggest that the social isolation, decreased cognitive stimulation and physical immobility brought on by the coronavirus lockdown degenerated Parkinson’s disease symptoms.

“It is well-known that physical inactivity is a risk factor for cognitive impairment and depression,” the researchers wrote, a fact they argued calls for “specific health strategies to guarantee appropriate care” for people with Parkinson’s and their caregivers.

Two proteins that could slow the progression of Parkinson’s disease

Researchers in Israel discovered that two bone morphogenetic proteins (BMPs), which play a role in the development of dopamine-producing neurons, could be used to slow or prevent the progression of Parkinson’s disease.

The study revealed that the two BMPs prevented the loss of dopamine-producing neurons in a mouse model of Parkinson’s disease.

Dr Claude Brodski, head of the laboratory of Molecular Neuroscience at Israel’s Ben-Gurion University and senior author of the study, said: “These findings are very promising since they suggest [the BMPs] could slow or stop Parkinson’s disease progression. Currently, we are focusing all our efforts on bringing our discovery closer to clinical application.”

Dr Galit Mazooz Perlmuter, senior vice president of business development, biopharma at BGN Technologies, added: “There is a vast need for new therapies to treat Parkinson’s disease, especially in advanced stages of the disease […] We are now seeking an industry partner for further development of this patent pending invention.”