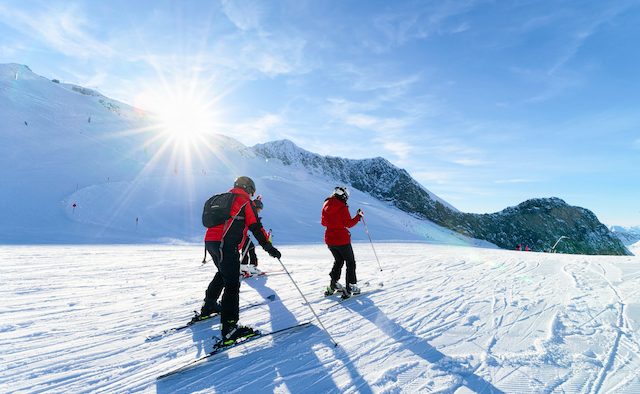 The Michael J Fox Foundation, US, has funded its first study in India to investigate the genetic architecture of Parkinson’s.

Three of Mumbai’s top hospitals – Jaslok, Global and Kokilaben Dhirubhai Ambani Hospitals – will participate in the study. This is also India’s first nationwide study on the genetic causes of Parkinson’s.

By collecting blood samples from 20 hospitals across the country, researchers will use computational methods to study protein and cellular functions. They eventually hope to develop personalised therapies for people with Parkinson’s.

Dr Pankaj Agarwal, consultant neurologist at Global Hospitals, said: “Once we have a better understanding of the cellular mechanisms that lead to degeneration in this disease, scientists will be able to develop more targeted drugs that could act on those mechanisms.”

Implantable devices for the brain that could treat Parkinson’s

A new project has received EUR €3 million funding from the European Commission to develop implantable devices that can treat neurological diseases like Parkinson’s and epilepsy.

Led by researchers at Scuola Internazionale Superiore di Studi Avanzati (SISSA), Italy, the three-year project hopes to create devices that will modulate the brain’s electrical activity. Researchers will test the devices on nerve cells inside laboratories.

Michele Giugliano, director of SISSA’s Neuronal Dynamics Lab, said that while current therapies use “unnatural” means, such as electrical or magnetic stimuli, to regulate nerve cells, this study will “use what the brain normally uses to function: ions.”

“This way we could work on neurons activity by means of their own language […] With this method, we could treat neurological diseases through a very natural means, which could be much more effective.”

Swedish researchers have studied the medical records of nearly 200,000 long-distance skiers and found that physical activity is associated with a lower risk of Parkinson’s.

The study – published in the Journal of Parkinson’s Disease – compared data from participants who took part in a cross-country ski race to that of age-matched non-skiers. Its results suggest that physically active individuals have a greater motor reserve, which could lessen motor symptoms and delay a Parkinson’s diagnosis.

However, it has also found that the reduced risk dissipates with age as diagnoses among skiers eventually matched that of the general population.

Tomas Deierborg, a senior investigator and researcher at Lund University, concluded: “[The study] highlights the importance of staying physically active throughout life in order to have a reserve to better cope when the frailties and diseases of old age inevitably arrive.”

People with Parkinson’s use motor and cognitive strategies daily to handle decreased balance, a study in Sweden has found.

The researchers wrote: “The knowledge gained […] can be used to develop targeted interventions that address the nuances of balance deficits in everyday life.”

A trial in Australia will test the ability of a motor machine, the Reviver, to improve the balance and mobility of people with Parkinson’s.

The Reviver places users at a titled angle and rotates them in a slow, radial motion. This is thought to activate nerve pathways that aid in balance, improve muscle strength, and help resist gravity’s effects. Early evidence suggests that the Reviver can cause a 22% increase in mobility.

Led by experts at Monash University and Alfred Health, Australia, the trial will enrol 30 patients with moderate to advanced Parkinson’s in a 12-week programme. It will compare the symptoms of patients undertaking the Reviver machine regime and those who are not.

The actor shared the news on a US TV show