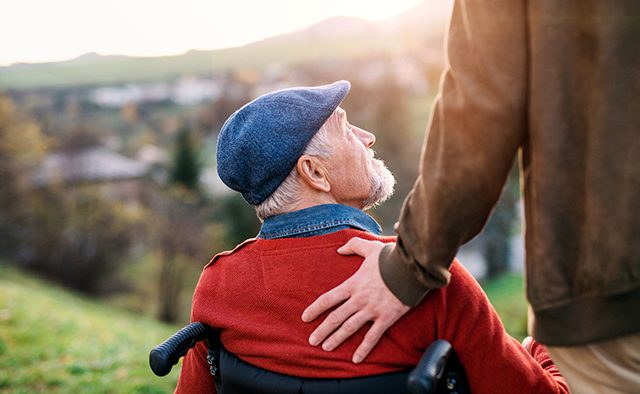 According to new research from scientists in Luxembourg, later onset of Parkinson’s may be associated with more severe motor symptoms. Published in the journal ‘npj Parkinson’s Disease’, the findings revealed that study participants who were older at the onset of Parkinson’s were likely to experience more falls and greater difficulty walking.

UK broadcaster Jeremy Paxman to star in a new documentary

Noted English broadcaster Jeremy Paxman will discuss his experience with Parkinson’s in a new documentary by UK television network ITV, entitled ‘Paxman: Putting up with Parkinson’s’. The broadcaster, who revealed his diagnosis last year, also recently announced his retirement from the renowned quiz programme ‘University Challenge’.

Danish filmmaker Lars von Trier publicly announced that he has been diagnosed with Parkinson’s. The controversial director’s films include ‘Melancholia’ and ‘Dancer in the Dark’, for which he won the Cannes Film Festival award in 2000. According to his production company, Zentopia, von Trier will continue working on ‘The Kingdom Exodus’, a series set to premier at the Venice Film Festival next month.

A walking football club for women in Somerset, UK, has received funding from charity Parkinson’s UK to support people with the condition, alongside a grant from the Walking Football Association. The Taunton and District Ladies Walking Football Club was founded by UK-based athletes Julia Tibbs and Caroline Pike, the latter of whom has Parkinson’s herself.